New CAO for Town of Athabasca

Rachel Ramey has been interim CAO for seven months, but officially took the permanent position April 21
0
May 4, 2020 6:15 AM By: Heather Stocking 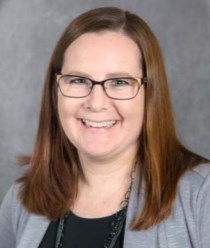 Long time Town of Athabasca employee Rachel Ramey has been chosen to ascend to the top spot of chief administrative officer. Ramey had been the assistant CAO since 2017 and was the interim CAO after Robert Jorgensen’s contract was terminated Oct. 2. File
ATHABASCA – It was a natural progression for Rachel Ramey to accept the offer to formally become the chief administrator for the Town of Athabasca.

Athabasca town council made it official at its April 21 meeting, but Ramey is no stranger to the inner working of the municipality.

She has been working for the town since 2005 starting as a municipal information services officer, or as she describes it, a permit clerk, and has now become the first female CAO in the town’s 109-year history.

"We did receive a lot of applications, but we figured what we've got in hand is what we need right now," said mayor Colleen Powell. "You don't always promote from internal and sometimes in small communities there's nobody ready. But in this case, she was and she's been doing a bang up job during this whole thing."

Ramey transitioned to being the development officer in 2013 and became assistant CAO in 2017 after being tapped by then CAO Robert Jorgensen to take on the role. Ramey has been the interim CAO since Oct. 2 when Jorgensen’s contract was terminated.

“It's not something I ever thought I'd be doing,” she said about taking the lead administrative role for the town. “But the opportunity was there, so I took it.”

Ramey said COVID-19 hasn’t changed her vision for Athabasca but the world has to get past the pandemic and have things return to whatever new normal that will be before being able to make any long-term plans.

“My vision was to be a town that people want to work in, live in, visit, run their business and provide exceptional services by listening to the needs of our members of our community,” she explained. “That definitely is not going to change.”

Due to a mandate from the provincial government, municipalities must defer the education portion of non-residential property taxes, which may impact services if there is little to no money flowing in.

“As I'm sure you've heard with other municipalities there is still a concern for cash flow if we're not receiving those funds,” Ramey said. “So, we just have to be conscientious of the money that we're spending. (We) might have a better idea come July seeing how many people were able to pay their taxes on time.”

She noted some of that money will be saved with council not currently travelling to meetings and conferences and with events being cancelled no donations are being asked for.

Ramey immediately responded to the pandemic by splitting town staff into two teams. For the town office they alternate shifts and for public works and utilities some work from 4 a.m. to noon and the remainder from noon to 8 p.m.

“My concern was if one person gets sick and everybody's going to quarantine for two weeks, and then we have to shut down because we have no staff to operate,” Ramey noted. “We'll reassess mid-May and see where we're at.”

Mayor Powell said council is happy Ramey applied for the position and accepted their offer which allowed for a smooth transition during this unprecedented time.

“We're very pleased that she has accepted the position,” Powell said. “She's been with the town 15 years and she has worked her way up into progressively more senior positions. She has proven in the last seven months to be incredibly adept and I think we're lucky to have her.”