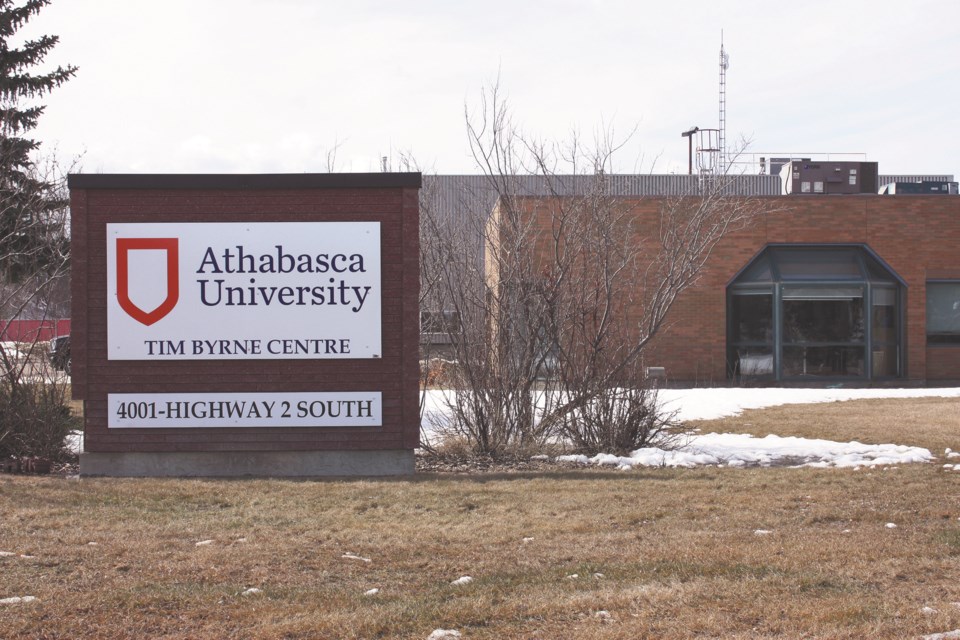 The Tim Byrne Centre in Athabasca was the subject of a break-in in the early morning hours on April 16. Heather Stocking/AA

ATHABASCA – A man who broke into Athabasca University's Tim Byrne Centre is still at large after he was spooked by an employee and ran off.

Athabasca RCMP are investigating the April 16 break-in at the off-campus building on the south side of Athabasca, along Highway 2, between 4-7 a.m.

The building is used for course materials production by Athabasca University.

Athabasca RCMP Corp. Dan Fenton said officers responded to the call at 7 a.m. after a woman who showed up for work scared the intruder off.

“We couldn't find him when we did patrols,” Fenton said. “There didn't appear to be anything stolen and no damage to the outside of the building, although there was some damage done to the cabinets inside.”

It is unknown, at this time, how the suspect entered the building and since he was wearing a dark jacket and black mask there isn't much information for a description, Fenton added.

“We encourage anyone with information about this break-in to contact the Athabasca RCMP at 780-675-5122, or to report any information anonymously to Crime Stoppers at 1-800-222-8477,” said AU director of strategic initiatives and services, David Head.