Snowplow ends up in the ditch 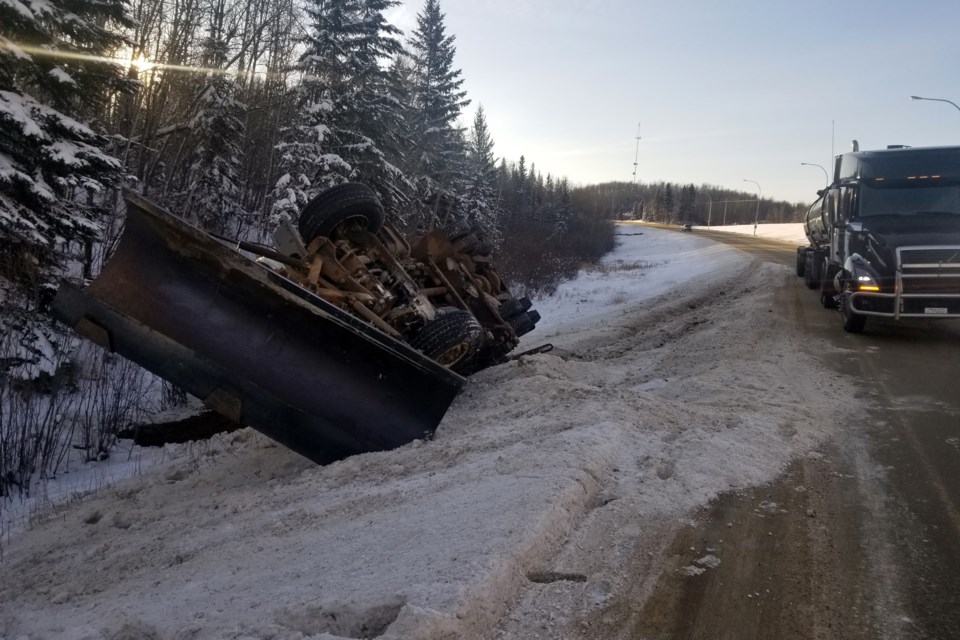 A snowplow slid into the ditch on the south hill entering the Town of Athabasca Jan. 19. Traffic was down to one lane for several hours while crews worked to get the plow upright. Photo courtesy Daniel Schiff

ATHABASCA – Traffic was down to a single lane on Highway 2 in Athabasca around 9 a.m. Jan. 19 after a snowplow hit the ditch.

An Emcon Services snowplow ended up on its side in the east ditch of Highway 2, approximately 100 metres north of 41 Avenue, after the driver got too close to the edge of the highway. The incident forced traffic down to one lane for several hours.

Norm Manning, a Supt. with Emcon Services in Athabasca, stated in a phone interview the same day that the driver got too close to the edge of the highway and it pulled the plow into the ditch.

“The driver was heading north on Highway 2 towards the Town of Athabasca and he got over too close to the shoulder and the wheel dropped over the shoulder and it sucked him into the ditch,” Manning stated. “No injuries to the driver (and) he's returned to work.”

The snowplow was recovered from the ditch with minimal damage and was towed back to the Emcon Services yard in Athabasca by mid-afternoon.