Three area municipalities will vote on face-covering bylaws this week 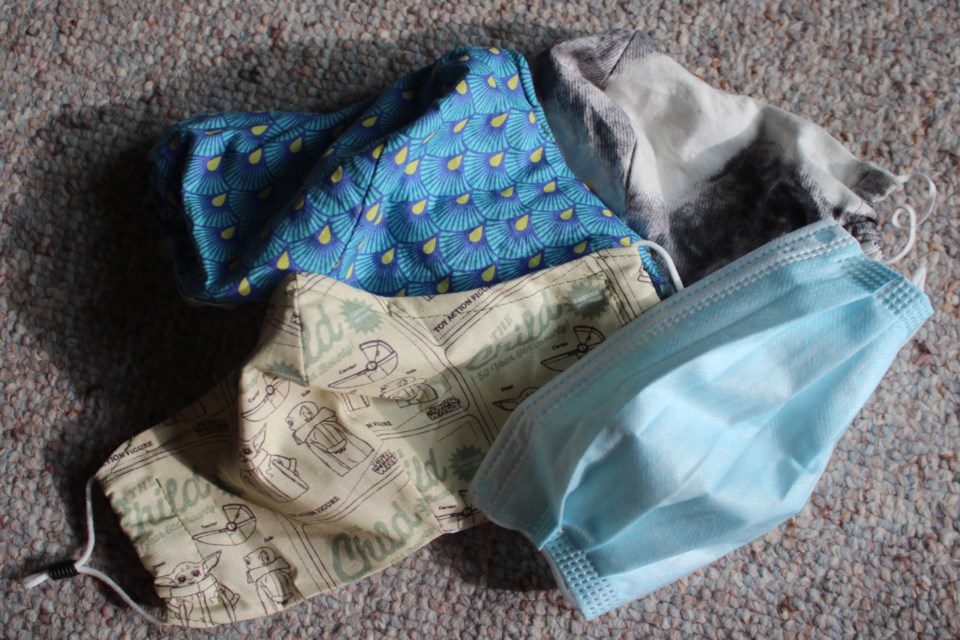 Athabasca County councillors will consider a mandatory face-covering bylaw at a special meeting scheduled for Nov. 17 at 9 a.m. Town of Athabasca councillors will do the same at their regular meeting at 6 p.m. that evening. Another potential bylaw will be in front of Village of Boyle council Nov. 18 at 7 p.m. Heather Stocking/AA

ATHABASCA – At this time next week, residents in all three municipalities in the Athabasca region could be subject to some sort of face-covering bylaw.

Councillors from the Town of Athabasca, Athabasca County and the Village of Boyle will each consider such legislation at meetings later this week — Athabasca County council will hold a special meeting Tuesday, Nov. 17 at 9 a.m., which will be broadcast on the county’s YouTube page; town councillors will vote on the Town of Athabasca’s bylaw at their 6 p.m. meeting that day via Zoom; and Boyle’s council will make its decision in-person Wednesday, Nov. 18 at 7 p.m.

Town councillors tasked administration with drafting a preemptive bylaw at their Nov. 3 meeting, which could be voted on Nov. 17, while Athabasca County councillors, at their Nov. 10 meeting, called for a discussion between the three municipalities to take place, to get everyone on the same page, as COVID-19 numbers continue to increase across the province.

“I'm seeing that Barrhead and Sherwood Park and some other communities have prepared, for wont of a better word, a preemptive mandatory mass bylaw, so that if our community becomes a watch community, AHS would set the number of cases that would trigger that this bylaw go into effect,” mayor Colleen Powell said. “That would save us some time having to pass a bylaw (with) three readings quickly in case that happened and it would be there ready for us to push the button just in case we needed to.”

Whether that approach is still being considered, remains to be seen.

As of Nov. 15, the three municipalities have four active cases between them — one is known to be in the Boyle area; another was identified at Edwin Parr Composite over the weekend; and the two others are unknown.

Neighbouring regions haven’t be as lucky in recent weeks though with the Westlock area has 23 active cases to the west; to the north the M.D. of Opportunity has 11; and to the east Smoky Lake County has 63 active cases.

Over the weekend, the province itself recorded more than 2,000 new active cases.

No such bylaw, or even a discussion, was on the agenda for the Athabasca County council meeting Nov. 10, but an addition by Coun. Dennis Willcott brought the issue front and centre, and by the end of the discussion, the special meeting had been proposed to consider a potential first reading.

“I want to talk about this because I know in Westlock, there are quite a few down there that are infected. I talked to by brother-in-law in Morinville and they shut the school down because there are a lot of cases there,” said Willcott. “What’s getting me madder than anything is we’re not getting information from about how many people have it in the county … We should know that.”

“The reality is that it’s everywhere,” said Coun. Doris Splane.

The Town of Westlock has already implemented a mandatory face-covering bylaw, and the Town of Barrhead now has its own bylaw on the books that can implemented, if and when council decides to do so.