Participants will submit videos of performances to organizing committee, which will then forward them to adjudicators
Mar 5, 2021 11:05 AM By: Kevin Berger 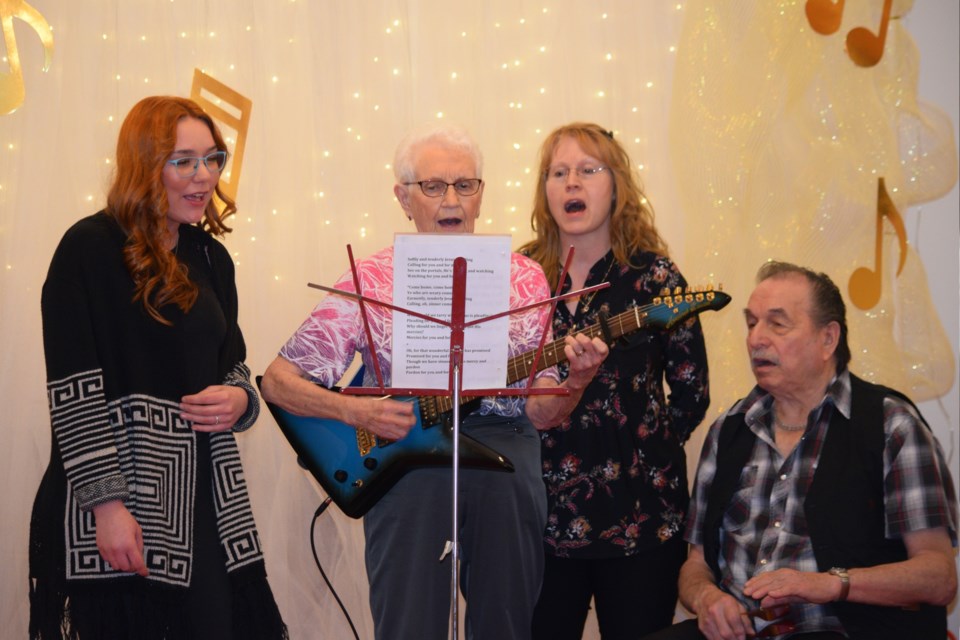 The group Music Melody and Harmonies performs the song “I’ll Fly Away” at the 2020 Barrhead Rotary Music Festival gala hosted at St. John’s Lutheran Church. This was just before the COVID-19 pandemic forced the shutdown of all such live music events. Because the pandemic is still going strong, the Barrhead Rotary Music Festival has moved to a virtual format this year, so any final gala will have to be viewed online.

Because of the COVID-pandemic, the 41st annual Barrhead Rotary Music Festival will be moving to a virtual format this year, with participants submitting videos of their performances to adjudicators for review instead of taking to the stage at a live venue.

Barrhead Rotary Music Festival president Jennifer Thomas indicated in an e-mail that the organizing committee had originally been planning for an in-person festival to take place from March 10-18, but the restrictions that have been in place since November 2020 made that impossible.

Rather than cancel the event, however, the committee opted instead to create a virtual festival for the community. Over 160 groups and individuals have registered to participate in this new virtual festival, Thomas said.

“I was inspired by the amount of interest in our festival even though we had to move online this year,” she added. “It's wonderful to see the strong support from the students and teachers in the area.”

If not for that strong local interest, it certainly could have gone the other way; of the 36 festivals that belong to the Alberta Music Festival Association, Thomas noted that Barrhead is one of 27 to move forward with their event this year.

As part of this new format, teachers and students have been recording Youtube videos to submit to the organizing committee, which will in turn organize them into private playlists to send to the adjudicators.

The adjudicators will watch the videos from March 10-18 and will then provide written assessments of the performances.

Just like any other year, participants in the music festival will have the opportunity to be awarded medallions, trophies and scholarships, Thomas said.

All awards, certificates and comment sheets will be submitted to the participants by the committee following March 18.

Thomas also noted that participants will also have the opportunity to be recommended by adjudicators to advance to the Provincial Music Festival, which is also moving to a virtual format this year.

This year’s adjudicators are all from Edmonton and are as follows: Inna Luzanac (piano), Bill Dimmer (band/instrumental), Elizabeth Raycroft (voice and classroom music) and Alyson Connolly (speech).

As for allowing the public to view the festival, Thomas noted that the decision to switch to a virtual format was made after the committee started receiving entries for the festival, so they do not have permission to make those public.

However, she said they are planning for some form of “final concert” posted online that will feature a selection of performances.

Thomas noted that after the adjudicators make recommendations for that final concert, the committee will then contact those participants for permission to post their entries.