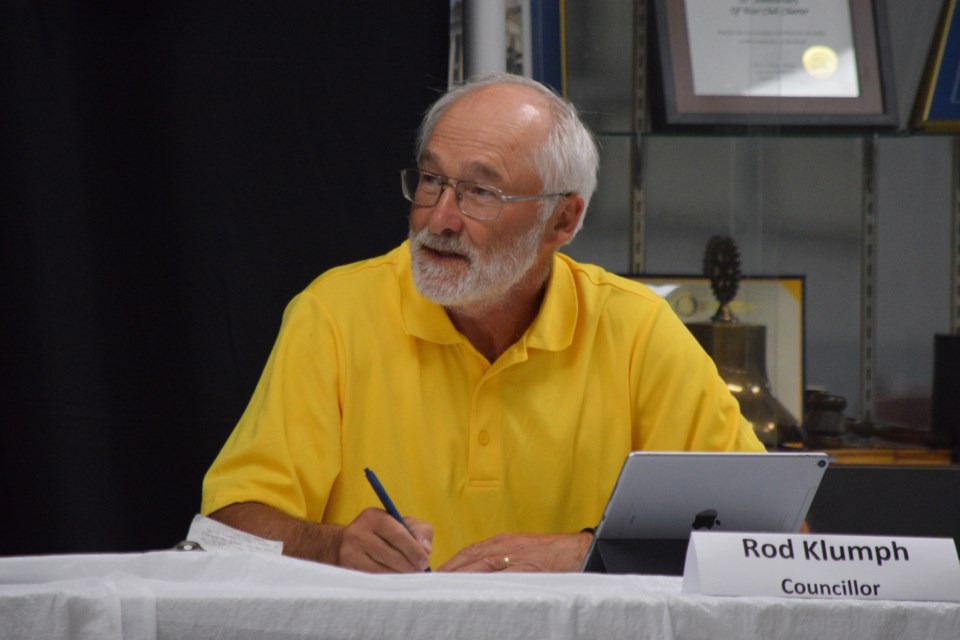 Town of Barrhead Coun. Rod Klumph said the proposed all-wheel park will be an amenity for all residents, not only those interested in wheeled sports.

BARRHEAD- The Town of Barrhead is one step closer to having a new and improved all-wheel park.

During their July 13 meeting, councillors unanimously approved the development application that would allow the town to construct an all-wheel park on a piece of municipally-owned property near the old Champion Feeds building on the east side of 50th Avenue between 55 A Street and 56 Street south of Highway 18.

About $800,000 has been set aside for the project in the 2021 Capital Budget with funding specifically coming from its Municipal Sustainability Initiative (MSI) allotment.

The municipality is currently seeking input about what features people would like in an all-wheel skate park. The survey, created by local librarian Kyle Hughes, is available through the town's website and paper copies are available at the municipal office. The deadline to submit completed surveys is July 31.

Chief administrative officer Edward LeBlanc noted that the municipality must follow the same process as any other resident and go through the development application process.

However, he said, the property is zoned direct control and as such council is the approving authority.

LeBlanc added that he felt it was important that councillors approve the development application so the municipality can proceed with future stages of the project when the time comes despite not having a lot of the details as they would be shaped by the results of the survey.

He also noted that they received a letter from John and Marlene Szwec, who live near the proposed all-wheel park site, with concerns about its location. They suggested that a site near the existing skateboard park at the Barrhead Sportsgrounds would be more suitable.

They also stated that they did not believe the town did enough consultation with the general public and questioned the need for such a facility.

"Has the town done any surveys, feasibility studies concerning the need location, size or the equipment to be in the all-wheel park? This park is a highly specialized piece of recreational infrastructure primarily catering to a small piece of the general population," the Szwecs said, adding they only found out about the proposed park through recent stories in the Town and Country This Week.

The Szwecs also suggested that a more traditional park with trees, shrubbery and picnic tables was a better fit for the neighbourhood.

Coun. Dausen Kluin asked if mayor Dave McKenzie or someone from the administration would contact the Szwecs.

"They have some good points, but I don't think he understands what our vision is," he said.

McKenzie agreed, making note that he would speak to the couple directly.

In an interview earlier in the day, McKenzie also noted that besides COVID, the reason why council did not make their plans for the new recreation feature more public, besides COVID, was that they wanted to have more details to present to the public.

Now that the majority of public health restrictions have been lifted, Coun. Don Smith suggested they should schedule a public information session.

"We need to keep the residents of Barrhead in the loop, tell them why we chose that location as well as give them a chance to address any concerns they may have," he said.

McKenzie agreed but added any public information session should wait until they could incorporate the survey responses into the presentation.

"It also gives us the opportunity to explain what types of activities are going to happen at the park," he said. "There is a certain stigma attached to skateboard parks, just like the pool halls used to have. Some of the things they do out there are quite athletic. I would not be surprised if these types of events will soon be included in the Olympics.”

Coun. Leslie Penny said they needed to do their best to ensure the park is designed to damper the noise, noting skateboarding and other wheeled sports are inherently loud activities.

McKenzie said that is one of the reasons why they chose the location they did, as the site has many natural sound buffers.

Coun. Rod Klumph said it is important for residents to remember that the all-wheel park just won't cater to those involved in wheeled sports, noting it will have other amenities.

"It will be a park that everyone can go to and enjoy," he said.

Klumph also added the park is a new amenity for an older area that will help revitalize the neighbourhood.