What would you do if all communications were to break down? No cellphone, Internet, or conventional landline.
Jul 10, 2018 12:01 AM By: Barry Kerton 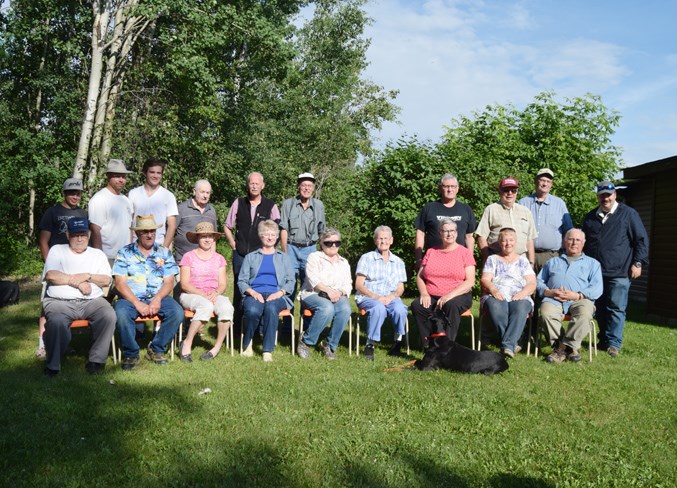 What would you do if all communications were to break down?

No cellphone, Internet, or conventional landline.
That is the question amateur radio operator Hubert Johnson, VE6AMY, and a group of friends have been asking themselves and finding a way around for forty-years during Field Day.

On June 23 and 24 about 20 amateur radio operators, a.k.a. hams, gathered at Johnson’s acreage near Mayerthorpe to take part in annual Field Day contest.

The purpose of the contest is to make contact with as many hams as you can in a 24-hour period using alternative power and makeshift antennas.
The contest was created by the Amateur Radio Radio League (ARRL) in 1933 as a way to test ham skills to operate under adverse conditions they are often called upon to help get messages through when all conventional methods of communications fail.

Last year, it is estimated between 35,000 and 45,000 amateurs across North America participated in the contest.

He used the example of the Mayerthorpe trestle fire in May 2016, when he was called upon to set up his radios just in case.

“We actually have a pretty good emergency communication system,” Johnson said, noting in the area there are a number of active amateur radio operators and depending on an operator’s equipment, they have access to a number of different amateur repeaters, many which are linked via radio backbone networks to Edmonton.

He added a number of the area’s hams are active on the high frequency (HF) bands which allow radio operators to talk to the world using just a radio and an antenna.
Johnson gave the example of a 20-metre antenna he made for this year’s contest.

“I tested it just an hour or two before the contest and I made a contact with Brazil and that was running barefoot,” he said.

Barefoot is a term HF operators use to describe when they are using only the amount of power their transceivers produce, usually 100 watts. However, ham radio operators are able to boost the power they are able to transmit by using amplifiers, the amount of which is limited not only by the amplifier but the limits of their licence.

For the contest, Johnson said they decided to utilize amplifiers because the majority of the contesters were Americans and as a result, their antennas are pointed east-west rather than north-south.

“So sometimes in a pile-up when there are a lot of stations vying for a contact when you are in  Northern Alberta it helps to have a little extra bit of power,” he said, however, he quickly added it is the skill of the operator that is the most important.

When the Barrhead Leader arrived at about 6 p.m. the contest had been going on for just over six hours and Johnson’s group operating under the callsign VE6FT accumulated just under 80 contacts.

“Which isn’t too bad,” he said, typically they normally would have had more contacts, but their Morse code man had to pull out at the last minute.

Johnson said the number of contacts depends on how many stations a group or club operates as well as how motivated they are in making contacts.
Johnston’s group competed in the 2A category, which means they had two stations operating using a generator. Originally, he hoped to have a third station, which would have operated using batteries that were charged via solar power, which would have given additional bonus points, but a technical glitch prevented it.

“And although it is a contest and emergency preparedness exercise, a big part of the field day weekend is the social aspect,” he said. “This is my fortieth field day and most of the people here today have been part of most of them.”

As for how Johnson got involved in the hobby, to begin with, he said he has always been interested in communications and electronics.
When he was 16 years old, in 1961, he remembers that he actually was scheduled to take his test, but since the examiner didn’t live in the same town, he had to rely on his parents to take him there, but unfortunately, they couldn’t make the appointment.

“The testing procedure is different than it is today,” he said.

Currently to get your ham licence you have to get 70 per cent on a 100 question multiple choice test covering radio regulations as well as basic radio and electronic theory.
In 1978, in addition to taking a written exam, which included having to draw block diagrams on receivers and transmitters, prospective hams needed to prove their proficiency at Morse code.

Even after you passed the test, Johnson said, you were only given a temporary licence in which you had log a number of in Morse code. After you accumulated enough contacts in your logbook, you presented it to the Department of Communications, know Industry Canada, before you were awarded you permanent licence with additional operating privileges.

“I am glad they made it easier to get your ticket because it is a great hobby, and despite everything that is out there, we are as relevant as ever,” Johnson said, noting a lot of the technology people take for granted today, such as texting, APRS, was developed by amateur operators for the use in the hobby.

“Today I consider myself an HF enthusiast mostly. Ragchewing [talking to other hams], Dxing [making contacts with other countries] and occasionally being a net control, but I also am quite active on the local repeaters I enjoy it all. Plus it is good practice if I am ever called upon in to help in an emergency.”