Bring your poor, unfortunate souls to see The Little Mermaid

Kevin Berger – Leader Staff Disappointed by “The Little Mermaid” live-action special that aired last week on ABC? Well, Barrhead Community Theatre is putting on its own adaptation of the beloved Disney classic at the end of the month.
0
Nov 12, 2019 12:01 AM By: Barrhead Leader Staff 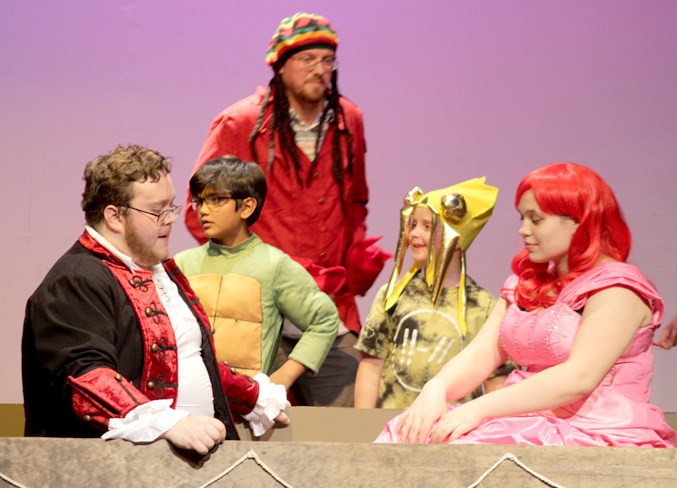 Disappointed by “The Little Mermaid” live-action special that aired last week on ABC? Well, Barrhead Community Theatre is putting on its own adaptation of the beloved Disney classic at the end of the month.

And while it won’t have the budget or the celebrity cast of the ABC production, it does feature at least one big improvement: Sebastian actually has claws.

The Little Mermaid will be performed at the Barrhead Community High School (BCHS) drama theatre on Nov. 29-30 and Dec. 6-7.

Karen Davies, who is directing the musical, said she was really attracted to the material and loves the music from the show.

Also, it should be noted that Barrhead Community Theatre is still in its infancy — this is only the third production since it was resurrected last fall.

Karen, who was part of the cast for the spring production of Steel Magnolias as the character Ouiser, said she had to make sure to choose a play that wouldn’t require a huge cast.

“I know it was hard to find people for (Steel Magnolias),” Karen added.

Even so, the cast of The Little Mermaid boasts 16 actors in total. Some are adults, some are high school students and there are a few elementary school students helping out with the little parts.

King Triton will be played by Kim Shapka, while Sebastian the crab is played by Stephen Drapaka. Flounder the fish and Scuttle the seagull are portrayed by Kyler and Simone Tuininga.

Andrew Rigby has been cast as Prince Eric, while Simone Emery plays the manservant Grimsby.

Sherry Lipa is portaying the evil Ursula, while her eel assistants Flotsam and Jetsam are played by Amber Vanberg and Kayde Oliver respectively.

Adding another challenge to the production is the setting of the story, much of it taking place underwater.  “It really stretched my creative capabilities,” Karen admitted.

Even so, Karen said it has been a “really great experience” putting the production together.

Tickets for The Little Mermaid are $15 each and are now being sold at The Flower Shoppe.