The stars are coming out in Perryvale

Canadian Country Christmas is coming to Perryvale Nov. 24. Two of the four headliners took some time to talk about their projects and how they are looking forward to the tour.
Nov 11, 2019 5:30 AM By: Heather Stocking 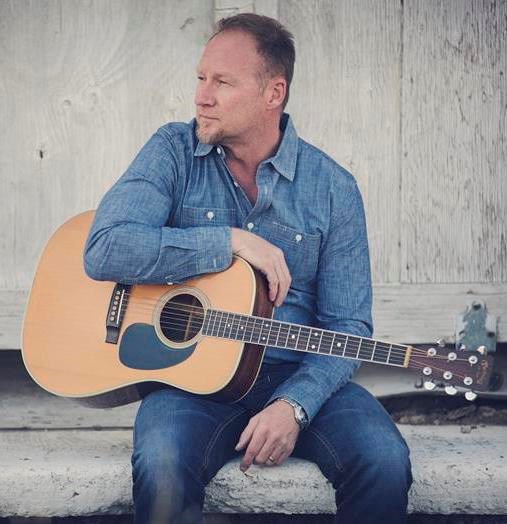 Duane Steele is scheduled to perform in Perryvale Nov. 24 at the Canadian Country Christmas concert.

Two of the four headliners took some time to talk about their projects and how they are looking forward to the tour.

Duane Steele is no stranger to touring and bringing his music to stages large and small.

A solo artist since 1995 after the breakup of the first band he fronted, Rock ‘N’ Horse, Steele recently released his sixth album.

“Drive On was released in May of 2019,” Steele said speaking from his Hines Creek home. “We also have a brand-new single called ‘Breathing Your Air’ which came out Aug. 19.”

Steele is touring this holiday season as part of the Canadian Country Christmas, his eleventh turn out of the 13 years the production has been running.

“I've been to Athabasca for sure,” he stated. “I played the Nancy Appleby Theater a couple times up there, but I don’t think I’ve been to Perryvale.”

Besides being able to promote his new album, he enjoys the charitable aspect of the annual event.

“Sean (Hogan) has been a good friend of mine and his whole concept from (the start is) trying to leave money in the in the communities,” Steele said. “Initially, it was the Canadian Food Banks that were recipients. I know over the years it's been different charitable organizations that get involved in it.”

The concert series does not just benefit the artists involved; a portion of the money raised remains in the community where each concert is held.

“It's always been a good thing to as an artist to be on a tour that leaves behind something if possible, in the communities, to help where you can,” Steele commented.

Thomas Wade is one of the touring partners with Steele for the series; it is his fifth year participating.

Wade is from Ontario and no stranger to driving a tractor and working on the farm and he too is looking forward to the tour.

“It's always been an awesome lineup,” he said in a phone interview. “It's a great show because it ends up being sort of about the camaraderie.”

Wade’s journey to be involved in the tour has had a couple twists of fate.

In 2001 he was diagnosed with Oromandibular Dystonia, an extremely rare condition that causes difficulty in opening and closing the mouth, making speech very difficult and singing impossible. Wade defeated the life sentence by using neuroplasticity, a scientific way to retrain the brain.

“I had an incurable neurological disorder that I found my way to come through; that had taken my voice and my ability to sing.” Wade explained. “And the first thing that I did as an artist (after regaining my voice) was to record a song with a band that benefited Sean when he was going through his cancer treatment. So, it was sort of this interesting intersection of being survivors.”

Wade’s last album Blue Country Soul was released in 2016 and he is working on new music but had to finish his book about beating dystonia, Singing in My Sleep, first.

The tour kicks off in Didsbury on Nov. 22 and other concert locations include Spruce Grove, Sangudo, Melford, Saskatchewan before it finishes back in Alberta in Peace River.

Joining Steele and Wade onstage will be Sean Hogan, the concert series creator and country music star as well as another Alberta son, Adam Gregory.

Tickets for the dinner and show are $45 with kids under 10 getting in free. You can secure your seat at Buy-Low in either Athabasca or Boyle, Value Drug Mart, Perryvale Store or the Westlock Inn & Conference Centre.