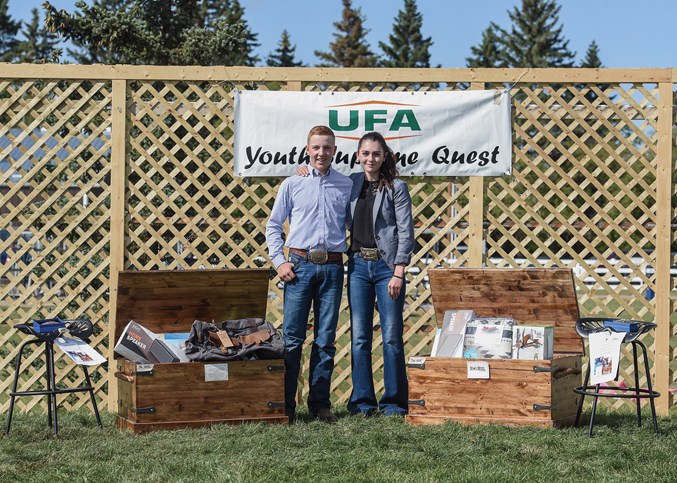 Wynton Brandl was born to be a cattleman, plain and simple.

The Canadian All Breeds Show saw 160 head of cattle exhibited by 140 contestants and 40 youth between the ages of nine and 21 qualified for the 2019 NYC competition.

Not only that, he teamed up with siblings Kailey and Landon to win the Herdsman Award as well. Incidentally, Kailey won the National Young Cattleman award in 2015.

“I had a good week,” Brandl said upon his return from the show, which ended Aug. 17 after running for a full week. “It was pretty exciting and I’m kind of proud of myself and it was really, really a great experience.”

It was the first time he qualified for the contest, but it wasn’t for lack of trying in previous years.

Contestants in the competition are scored on their abilities in leadership, showmanship, clipping, grooming, as well as a series of practical skills tests including crop identification, corral designing, radio frequency ear tag knowledge, livestock judging and marketing.

Brandl is the progeny of Byron and Gwen Brandl, who have owned and operated the Brandl Cattle Company near Jarvie since 1993, specializing in Black and Red Angus. He was literally born into it.

“I’ve basically been at this since I could walk. Even when I was younger and mom and dad were still doing this stuff, I would be at the cattle shows with a backpack full of toy tractors and playing in the shavings. I’ve been at this most of my life.”

Brandl said he appreciates the amount of work it takes to run a successful livestock operation and particularly enjoys the physical aspect of it — building corrals and other practical work you have to know to be successful.

Not to be overlooked, mom and dad did not come home empty-handed either as Gwen was awarded the Elaine Hiller Memorial Award for Outstanding Show Mom, to recognize her behind-the-scenes contributions. Byron also won the adults judging jackpot for the Bracket Heifer Challenge.

It really was a family affair and something the new Grade 10 R.F. Staples student plans on pursuing into the future. Next year, he’ll be competing in the senior category, but beyond that he hopes to one day take over the family farm.

“We’re a first-generation farm so I plan on, someday, having it passed down to me and my brother Landon and us running the place on our own. Someday,” said Brandl.