A little green to get growing 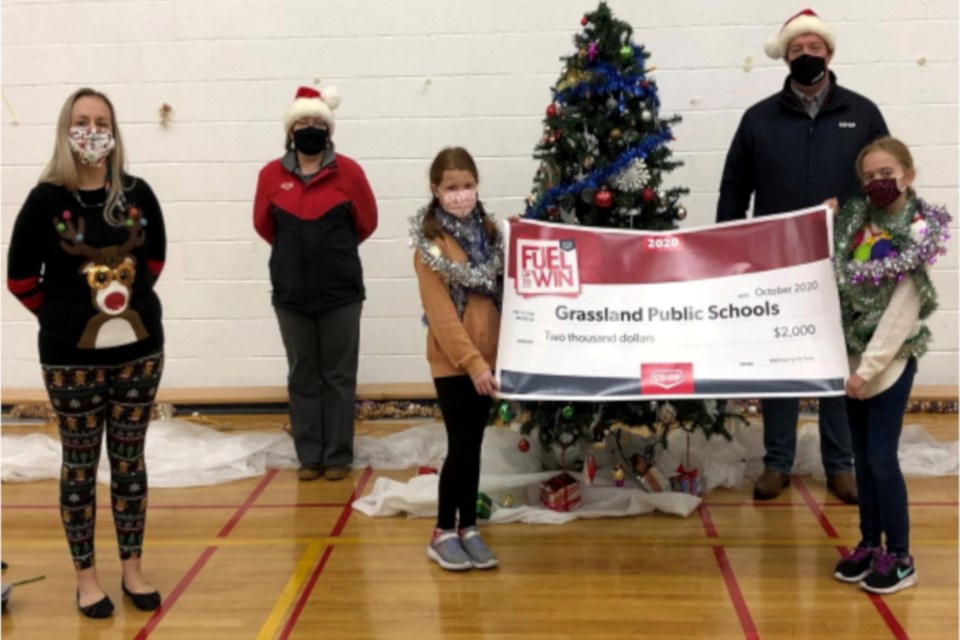 ATHABASCA — It was all due to the scrappy little hamlet of Plamondon, 72 km east of Athabasca that four community organizations are getting a share of $25,000, including Grassland School for its greenhouse program.

As part of Co-op's annual Fuel Up to Win promotion, the North Country Co-op in Plamondon edged out the Central Alberta Co-op in the hamlet of Spruce View, 30 km west of Innisfail, to win the promotion and divvied up the money between the Plamondon and District Community Development Society ($15,000), the Municipality of Wood Buffalo ($5,000), the Wandering River Recreation Association ($3,000) and Grassland School, which received $2,000 for it's greenhouse project.

“We're actually getting a building here right away,” said Grassland School principal Stacey Karnarek. “We're working with a company out of Lac La Biche that does builds, and it's going to cost about $5,500.”

The 16-by-30-foot building will arrive sometime in May and will be placed near the rink where there is already access to water and power.

“We're actually going to make it fairly close to the arena so that we can tie into the power and the water there so we have everything available to make it actually functional,” she said.

Next will come all the stuff that goes inside the greenhouse, because what is a greenhouse without having soemwhere and something to grow?

The dream is to eventually turn it into a year-round greenhouse and Kanarek is hopeful some larger donors come forward when they reach that stage, but for now the focus is on getting the building placed.

"We want to get in there before the end of the school year just to get the kids really excited about gardening and stuff and hopefully get some community support over the summer to take care of stuff,” she said.