A successful year for Westlock County despite challenges 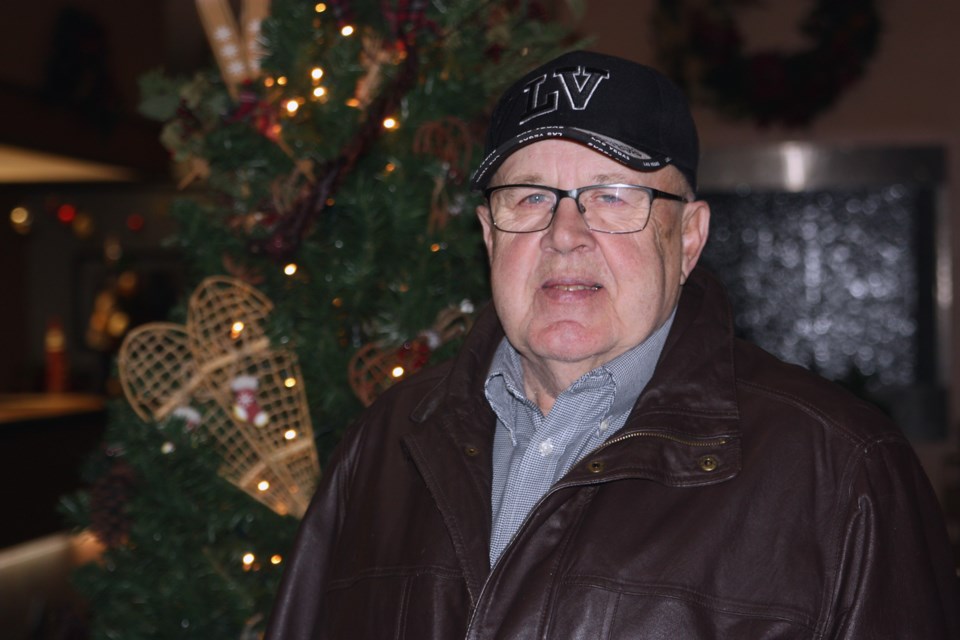 WESTLOCK - Westlock County deputy reeve Brian Coleman is focusing on council’s 2019 accomplishments, while recognizing that there were some challenging times that will continue as the municipality moves into 2020.

“I think 2019 was mainly successful,” said Coleman, who filled in for reeve Lou Hall who was away for the holidays. “We had some things we didn’t achieve, but I’d like to talk about some of the successes.”

He was impressed with the work of the volunteers and how the community stepped forward, for instance the Westlock Rotary Club made sure the club’s obligation to match the county’s $50,000 capital contribution every year, over the course of the three-year operating agreement.

He was also impressed by the numbers. With 9,000 patrons to the facility, it was an exceptionally good year.

Other businesses and organizations across the region have contributed too.

“For what other project does that happen?” he asked.

He also noted the debenture to pay for the chalet is coming to an end and the county contribution to operating costs will fall from $200,000 to $125,000 at the end of the three-year agreement.

The ski hill’s success is very much the county’s success, said Coleman.

The completion of the waterline north to Fawcett is another success story for the county, despite a delay of several years between Phase 2 and Phase 3 and the resignation of two commission managers.

The work is now done though and residents in Pibroch, Dapp, Jarvie and Fawcett now have access to treated water from Westlock.

“It’s something that needed to get done, and it’s finally done and as councillors we are very happy that project is finished,” said Coleman.

Intermunicipal agreements with the Town of Westlock and other neighbouring municipalities has been an ongoing theme throughout 2019 as well. The intermunicipal development plan (IDP) with the town is completed and it is going to a public hearing one more time before being brought to council for a vote.

“It went very, very smoothly. We had a very good facilitator for that and I think everybody’s quite happy with how that worked out,” said Coleman, adding the two neighbours will also use a facilitator as they negotiate the terms of the upcoming intermunicipal collaborative framework. “We’re making some good headway and hopefully setting the stage for better cooperation in the future. I’m optimistic.”

Coleman also noted the county’s new approach to budgeting as a success. It’s a more transparent approach than in previous years that offers residents a chance to see the same budget document that council sees.

“I think that’s a very, very big positive for us and I think we need to expand on it,” he said. “It’s a change of mentality.”

The way the county has responded to ratepayers concerns about the regulations that restrict building on the flood plain of the Pembina River is another success, says Coleman.

Council heard the people out, made changes to the Land Use Bylaw and Municipal Development Plan and formed a committee on the topic, which has already met several times to form recommendations on what to do next.

The deputy reeve is especially proud of how the county’s reserve fund remains steady.

“I think that’s a significant achievement, because when you’ve lost as much revenue as we’ve lost, and you look at expenses going up and the downloading of costs, we have not dipped into our reserve funds, which stand at nearly $11 million.”

As far as concerns from 2019, Coleman pointed to the continued delay of the Wiesel Creek realignment project, which has been a mess of red tape and constantly changing regulations.

Coleman is of the mind the land should have at least been acquired now, instead of waiting for the federal government to provide more hoops to jump through.

“It has been on the books for so long, it should have been done in 2018, but it’s 2020 and it’s still not done. We made that a priority,” he said, adding it is also a detriment to the optics of the county’s ability to get things done.

The county is also moving too slowly on a capital asset plan for Coleman’s liking. Economic readiness should also be a priority, but that requires cash in hand “and how do you do that with resources dwindling. You could raise taxes by 10 per cent, but that’s acceptable,” said Coleman, adding that until linear taxation stops dropping and starts coming back, this situation will continue.

Coleman predicts 2021 will be the toughest year for the county, partly because MSI grant funding will be cut by 20 per cent.

He also said he’s also proud of how council handled this year’s budget and how the 2.3 per cent increase came about. However, the spring will likely produce a new number when requisitions and assessment modifiers are established.

Courts must go on and Legal Aid Alberta is here to help
Aug 8, 2020 3:01 PM
Comments
We welcome your feedback and encourage you to share your thoughts. We ask that you be respectful of others and their points of view, refrain from personal attacks and stay on topic. To learn about our commenting policies and how we moderate, please read our Community Guidelines.