Edwin Parr Teacher Award winner to be announced in November
Apr 2, 2021 7:00 AM By: Heather Stocking 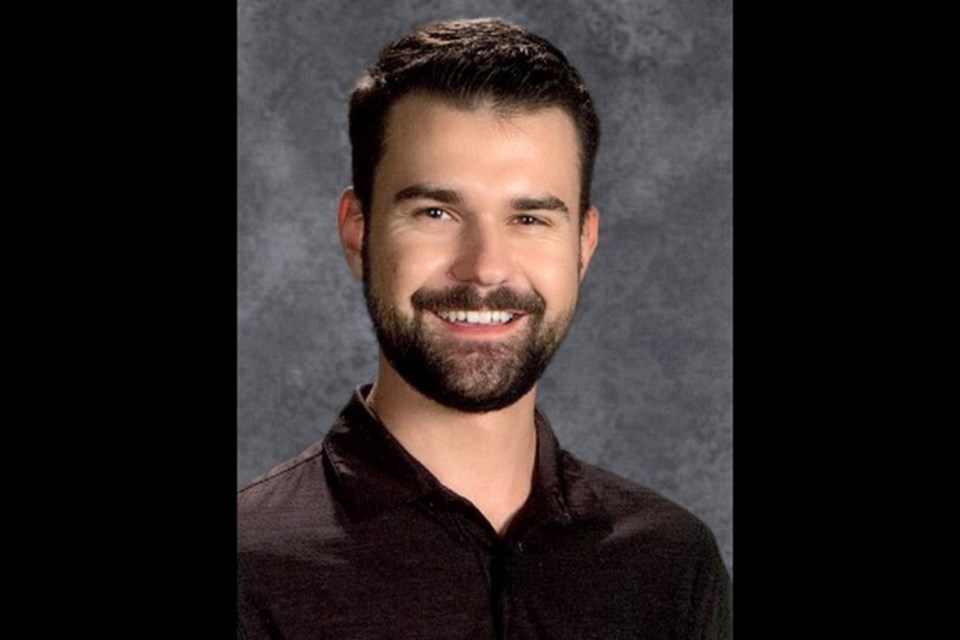 Vilna School Grade 8 and 9 teacher Steven Yakimec has been put forward by Aspen View Public Schools as this year’s nominee for the provincial Edwin Parr Teacher Award, given to first-year teachers who show dedication and outstanding commitment to their students. Yakimec will find out in November if he has won the award, going up against nominees from other school districts.

ATHABASCA — Since 1964 the Alberta School Board Association (ASBA) has been awarding a first-year teacher with the Edwin Parr Teacher Award, and this year, Aspen View Public Schools (AVPS) will be putting Vilna School teacher Steve Yakimec up as a nominee for the prestigious award.

Aspen View trustees welcomed their nominee to their online board meeting March 25, along with a few others to say a few complimentary words.

“Many of you around this table are familiar with the challenges that a first-year teacher faces at the start of their career,” Vilna School principal Brenda Mykytiuk said. “Just imagine adding the complexity of COVID to this reality. Mr. (Steven) Yakimec easily adapted to the ever-changing situation of learning in a pandemic and excelled.”

Mykytiuk said whether working in person, through blend of learning of in-person and at home, or working from home Yakimec continued to educate Grade 8 and 9 students regardless of the circumstances.

“His exacting standards were never lowered, but maintained, and he found creative ways to push his students to excel,” she said. “This is a testament to his professionalism and commitment to learning.”

Mykytiuk added Yakimec is the type of person other people want to be around and he has immersed himself in the Vilna community, developing strong working relationships with students, families and coworkers alike, as well as being on school council and trying to create an online chess club.

“Mr. Yakimec’s attitude is exemplary and we are so fortunate to have him on staff,” she said. “He is always positive, calm, and he believes in his students. He says things like ‘it’s worth a shot,’ ‘I’m willing to try’ or nods his head and says, ‘I think we can do it.’”

Chair Candy Nikipelo said the trustees were proud of his nomination and from Mykytiuk’s introduction Yakimec more than fit the brief as a nominee.

“Every year, we're so proud of our chosen nominee, who is a first-year teacher that is going to represent our division with the core of our mission ... ‘To engage learning, ignite potential and inspire success.’” said Nikipelo. “And it sounds like from the introduction that Brenda has given you, that you are doing all of those and more.”

Yakimec said he was grateful for the kind words and thanked his co-workers and colleagues for their support.

“I can see from the beginning of September to where I am now that I've grown as a person, I've grown as a teacher and it's really nice to have that opportunity. So, thank you to everybody,” he said.

Edwin Parr, after whom both the award and the high school in Athabasca were named, homesteaded in the Meanook area south of Athabasca in 1920 and became a board member in the Grand Lakes School Division in 1925. He served as chair of the board with the Athabasca School Division and was on Athabasca County council from its formation in 1959 until his death in January 1963.

“Those who knew Edwin Parr described him as a person intensely concerned with the education of children,” said director of human resources Kim Carson. “So great was his interest that he's sacrificed much of his own time to ensure that children in the area received an education equal to or better than that available to urban students.”

From 1956 until 1962, Parr was also the president of the Alberta School Trustees Association where he instituted an Annual Alberta Teacher's Award in the Athabasca school system. In 1964, the Alberta School Boards Association decided to honour Parr's memory and professionalism by establishing a provincial Edwin Parr Teacher Award.

The winner, chosen from the nominees put forward by each division, will be announced in November by ASBA.