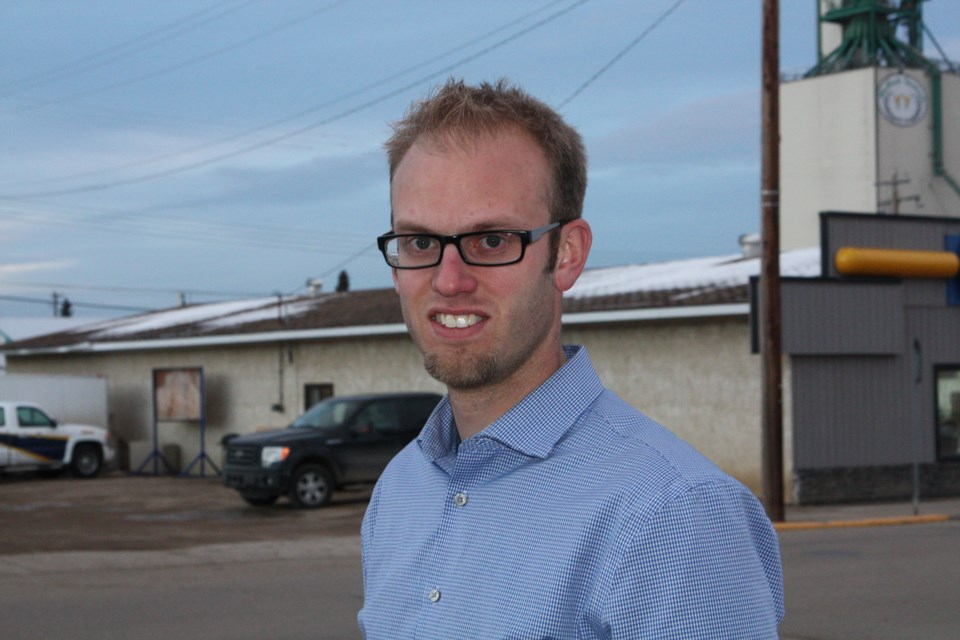 BARRHEAD - Peace River-Westlock MP Arnold Viersen says he agrees with Prime Minister Justin Trudeau that Canada must do everything it can to find out what happened following the crash of Ukraine International Airlines Flight 752, which was apparently brought down by an Iranian surface-to-air missile.

The Boeing 737-800 had just taken off when it suddenly crashed into farmland outside of Tehran. In a news conference on Jan. 9, Trudeau announced that Canada has intelligence showing the plane was brought down an Iranian surface-to-air missile, though it may have been unintentional.

Viersen spoke to the Town & Country on Thursday morning, a few hours prior to Trudeau’s news conference. At the time, it remained unclear at the time what role Iran played in the crash, and Viersen could only say that the full details of what happened were still unknown.

However, given that the plane crashed not long after Iran fired missiles on two U.S. bases as an act of retribution for the death of Iranian general Qassem Soleimani, Viersen said the two incidents were “likely connected.”

Trudeau had stated that he would call on the Iranian government to allow for a full investigation into the crash.

“The families of the victims and all Canadians want answers. I want answers. That means closure, transparency, accountability and justice,” Trudeau said. “The government will not rest until we got that.”

The crash of the flight roughly coincided with Iran’s firing of missiles upon two U.S. bases, an act that many believed would bring the U.S. into war with Iran.

However, during a Jan. 8 press conference U.S. President Donald Trump appeared to back down from entering into a new war, noting that no American personnel were killed.

Although he promised that additional sanctions would be imposed on Iran, Trump only stated that the U.S. would be evaluating its options in response to the “Iranian aggression.”

Viersen only stated that some MPs were disappointed by news of a candlelight vigil that was held in Toronto in memory of Soleimani, who was killed via a drone strike on Jan. 3 in Iraq.

Viersen said Soleimani, who commanded the Islamic Revolutionary Guard Corps’ (IRGC) Quds force, was “not a savoury character” despite his popularity in Iran.

On Jan. 8, Viersen posted to Facebook a graphic outlining four “key Conservative priorities” when Parliament resumes at the end of January.

One of the priorities he listed “keeping Canada united and strong,” which prompted some blowback from those who supported western separation.

Viersen has long stated that he did not support separating from Canada, arguing instead that “we just need to take the rest of it over” by forming a Conservative majority government.

Noting he had recently been to Red Earth Creek in northern Alberta, Viersen said he heard a lot of frustration among oil and gas workers in regards to the construction of oil and gas pipelines.

He said the lack of pipeline capacity had hit that area hard, as their lack of ability to move their product meant there was no economic activities.

Viersen said they want more than just the construction of one pipeline, but “pipelines plural.”

He said he was in support of Alberta Premier Jason Kenney’s push to create a ‘fair deal’ for Alberta and agreed the province should be looking at developing its own pension plan and police force.

On a final note, Viersen said he wanted to thank all oilfield workers for helping to “keep the heat on” now that the temperatures are beginning to drop.

Tawatinaw continues to expand outdoor opportunities
Jan 19, 2020 8:24 AM
Comments
We welcome your feedback and encourage you to share your thoughts on this story. We ask that you be respectful of others and their points of view, refrain from personal attacks and stay on topic. To learn about our commenting policies and how we moderate, please read our Community Guidelines.