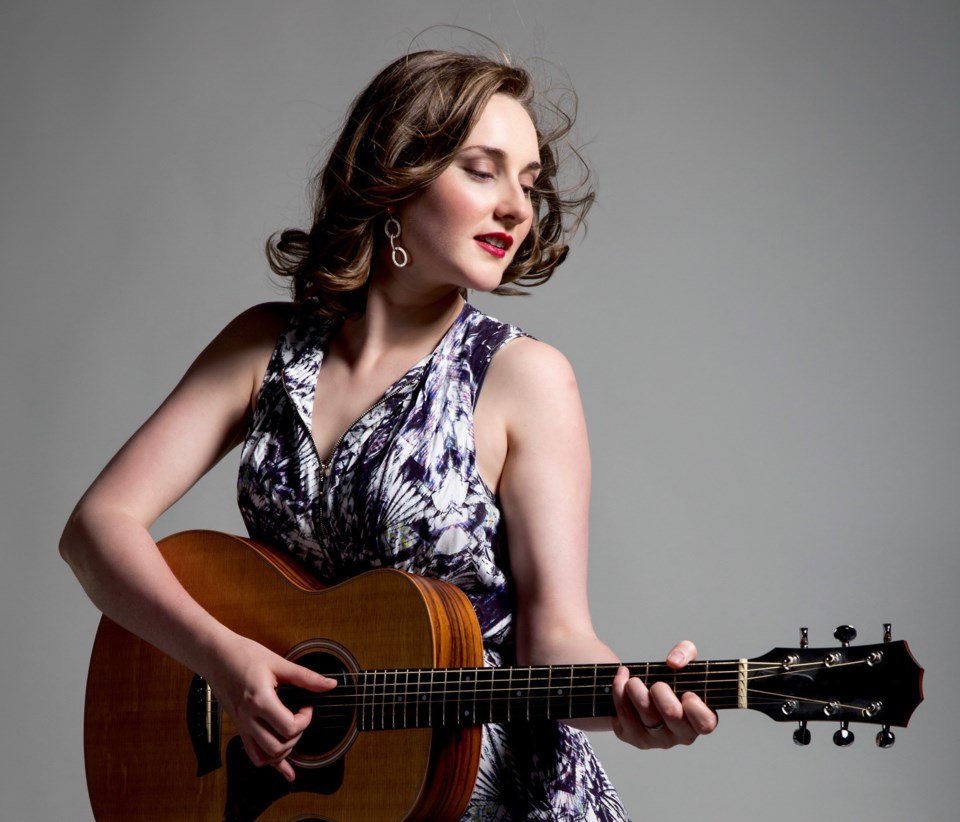 Lizzy Hoyt, a Celtic-folk musician currently from Winnipeg, will perform her Christmas-themed shows in Barrhead, Nov. 28 and Westlock, Nov. 29. Supplied

WESTLOCK/BARRHEAD - Winnipeg-based musician will be bringing her mix of Celtic and folk music to Barrhead and Westlock with two shows planned for Thursday and Friday, Nov. 28-29.

First, Hoyt will perform at the Barrhead Composite High School drama theatre on Thursday at 7:30 p.m. She will then perform in concert for the Westlock Cultural Arts Theatre Series on Friday at 7:30 p.m.

“My first instrument is the fiddle, but I also play the guitar and the harp … I’m heavily inspired by traditional folk music, so traditional Celtic music is one of the biggest inspirations for the music that I make. I generally call myself Celtic-folk music,” said Hoyt.

Hoyt, who is originally from Edmonton, comes from a musical family — both her parents are classically-trained musicians.

“Even their family, they’re also very musical as well — not trained per se, but at family gatherings there was often music happening, with people singing at the piano. Growing up in an atmosphere where that was normal makes a big difference.”

While most people’s first jobs are in grocery stores or fast food restaurants, Hoyt began as a fiddle and mandolin player for other musicians, but grew out of it after a few years to assert herself as a musician in her own right.

In 2007, she released her first album, and her career now spans close to 20 years of touring across the country. “Arranging songs and finding ways to have music help tell a story and sometimes mixing it in with a fiddle tune that you’ve written, that sort of thing I really love doing," she said.

Joining her on stage are Chris Tabbert on guitar and mandolin and Keith Rempel on bass and vocal, with whom she has played for the last 10 years.

Dubbed "Ancient Carols for a Winter's Night," Hoyt’s show will reanimate the Christmas spirit with a collection of traditional old Christmas carols which she has arranged.

“When I was growing up, my mom also loved a lot of these really old carols, so I grew up listening to them … I really get a lot of joy out of working with these melodies. They’re so old, some of them even predate Christianity, these pagan melodies that Christian words were added to later.”

The show is intended to be crafted rather than repetitive, with known and unusual melodies alike — not your usual Christmas caroling show, so consider wearing stomping shoes to the show to join in the Celtic rhythm.

Healthcare auxiliary gets boost from Al-Pac
Oct 24, 2020 6:53 AM
Comments
We welcome your feedback and encourage you to share your thoughts. We ask that you be respectful of others and their points of view, refrain from personal attacks and stay on topic. To learn about our commenting policies and how we moderate, please read our Community Guidelines.