Curling won’t start in Westlock until 2021

Club plans to run Tuesday and Thursday night leagues until April
Nov 13, 2020 7:15 AM By: George Blais 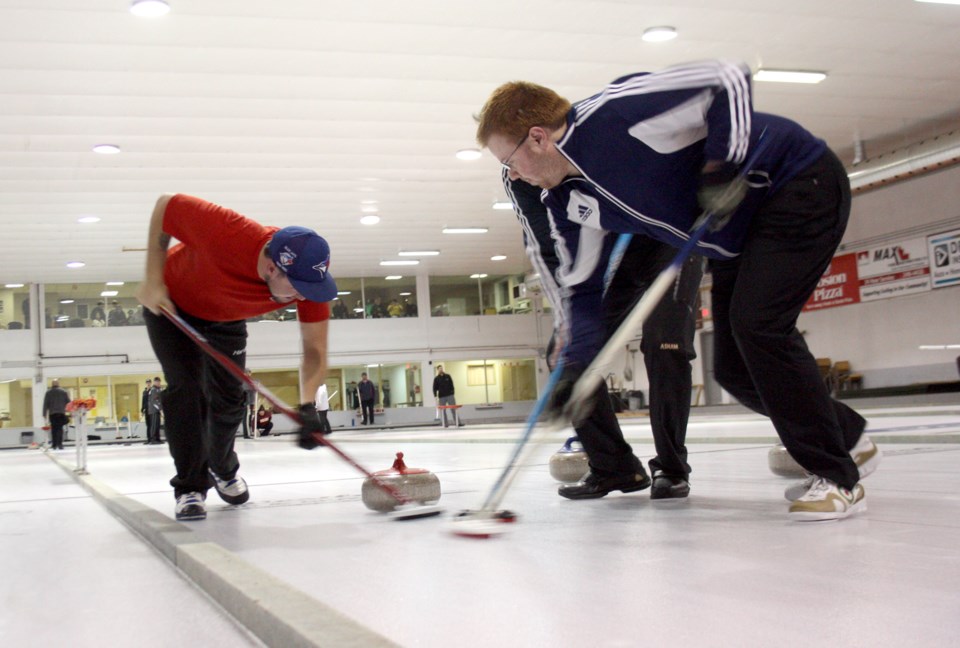 Due to the uncertainty surrounding the COVID-19 pandemic, the Westlock Curling Club will wait until January 2021 to start league play.
Westlock - Curlers won’t be taking to the pebbled ice in Westlock until 2021.

Due to rising local COVID-19 numbers and general uncertainty around the pandemic, the Westlock Curling Club has decided to delay the start of the league season until January.

“With everything going on … I’ve heard Morinville has been shut down for two weeks, so we’ve decided to hold off on starting the leagues until January,” said club president Paula Clark Nov. 12.

The ice plant will fire up in mid-December for the January start, while the league season will probably run until early April — again, due to COVID-19, dates and plans can change at a moment’s notice, said Clark. She noted they’re also looking at an inter-league bonspiel, although nothing is set in stone.

“We’ll see what the membership wants. Our lease runs until April 15 and we’ve always been done by Spring Break because everyone usually takes off by then, but I’m thinking that’s not going to be the case this year,” she said.

“So maybe we’ll play until the first week of April, if everyone is interested. But we have to be done by the 15th because ball comes in after that and uses the facility.”

“We’re fortunate enough upstairs that we can spread the tables out quite a bit. And we’ll have to get the guys to set up plexiglass around the bar area. We’ll try and figure it all out.”

Due to the delayed start Clark said they’ll continue to sign up interested teams — she can be reached at 780-307-3301. So far there’s been plenty of interest as they have 14 foursomes penciled in for the Thursday-night league and another dozen ready to sweep on Tuesday nights.

“I’ll keep looking. I’ve even had a few people just looking to see if there’s room to play on a team. But all of the teams I had last year are back, so that’s good,” she said.