Clubhouse renos at the Westlock Golf Course should be done by the beginning of May
Apr 7, 2021 7:00 AM By: George Blais 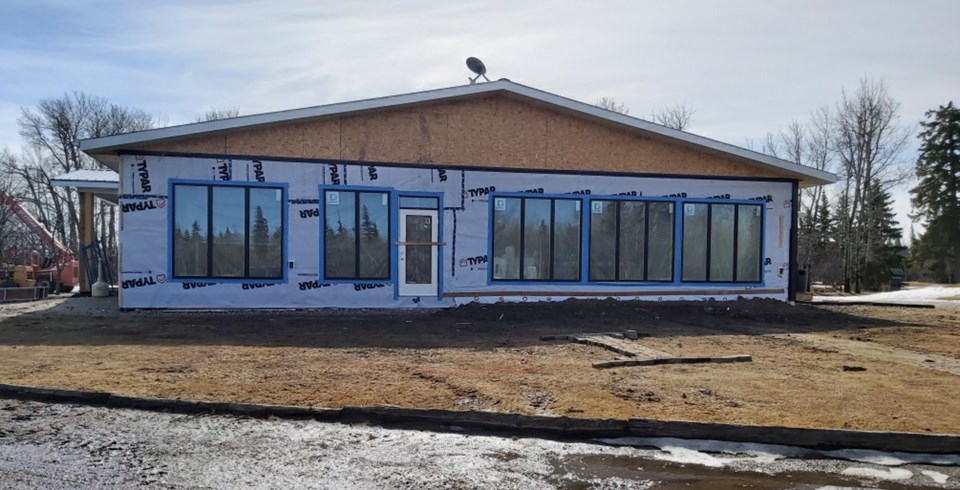 Work continues on the renovations at the clubhouse of the Westlock Golf Course. The $400,000 project is slated to be complete by the beginning of May.

WESTLOCK - The president of the Westlock Golf Club says he’s looking forward to the 2021 golf season with a new head pro on staff and the highly-anticipated clubhouse renovations nearing competition.

Ryan Weisgerber, who’s around nine months into his first year as club president, also said the course has weathered well, as they tarped off a number of greens for the winter.

“Weather dependent we’re looking at the middle of April to the end of the month as the start date,” said Weisgerber, who’s been on the club board for the past three years.

“We tried a new program this year and covered some of the greens to help them come through the winter so hopefully that pays off for us. We tarped them and have been putting air through them every couple of weeks … with the hard winters we have we wanted to make sure they pulled through.”

Weisgerber said the board also has high hopes for new head pro Shawn Fagan, who grew up playing at Skeena Valley Golf & Country Club in Terrace, B.C. then attended Lindenwood University in St. Louis on a golf scholarship and graduated at the top of class from Niagara College in the three-year Professional Golf Management program.

“Shawn’s a good guy and is a good communicator and a people person. We’re looking forward to working with him for sure.”

And with the course looking to be in good shape, and the head pro in place, the $400,000 clubhouse renovations are what even non-golfers have been talking about.

Crews began the demolition process on the old clubhouse back in December, tearing down the walls and fixtures from the old 2,599-square-foot building, which in fact was two temporary school rooms (circa 1970s) from Banff that had been pieced together on site in 1994. The renovations will see the existing covered patio framed in, which will increase the usable building space to 3,538 square-feet total and also take into account planned future improvements like air conditioning and kitchen upgrades. When done the clubhouse will also meet new building code standards for things like washroom accessibility.

Weisgerber said the February cold snap slowed the project a bit, although he’s still hopeful they’ll be done by the end of the month.

“They’re coming, but the cold streak set us back. But we are still targeting the end of April to have that done. It’s something we’re really looking forward to,” said Weisgerber.

As for what COVID-19 restrictions will be in place when the course actually opens, it’s a little too soon to say, said Weisgerber.

“When we started one of the restrictions was that you had to individually travel in different carts, but by the middle to the end it went back to normal. But hopefully we’ll be able to go two to a cart again as it makes it much more enjoyable. But who knows where we’ll be, the regulations seem to sometimes change hourly.”