Harvest heading into the sunset 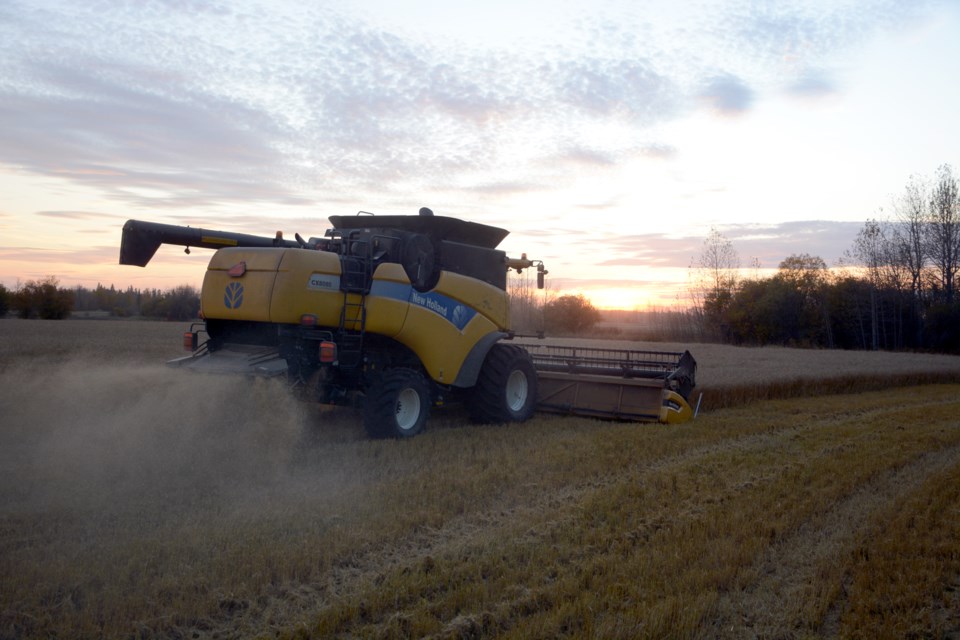 A combine works through a field of wheat and heads into the sunset Oct. 3 north of Dapp. Les Dunford/WN
WESTLOCK - There's a saying that every cloud has a silver lining and the 2020 crop year fits that description.

This spring was still very wet from last fall, with some crops still to needing to be harvested from 2019. Seeding was later than usual in some instances, and some areas still had to be worked around. Late spring rains added to the difficulty, with some spots drowned out even as the new crop was emerging.

This fall, when crops were harvested, yields were not as good as they could have been.

But the silver lining is farmers were blessed with several days in a row of uninterrupted harvesting, and they didn’t have to work around wet spots as they did last fall or this spring, as those had dried up. And there were no reports of anyone getting stuck in the field with swathers or combines as they were last fall.

Westlock Terminals CEO Clifford Bell said Oct. 7 the harvest was pretty much done, with a few fields of canola left.

“Definitely, all the yields are down a bit, and the quality is mid-range. The canola is pretty good and wheat is making extra grade. We don’t have that feed wheat that we usually have. All the barley we’ve seen so far has been fairly heavy, so it’s pretty decent barley, for sure,” said Bell, noting there’s not as much tough grain around the countryside as there's usually been in the past.

Protein content of wheat is down a bit this year, typical of the wet year, while canola grades have all been good.

“They’ve all been No. 1, but yields are all over the place. The good thing is, they’re getting through spots in the fields, and working fields that we haven’t seen for five years, knocking down cattails that are five-feet tall.

“We should get a reset and a good start for next year, with a lot of work done.”

That includes lots of field work and fall fertilizer already in place to hopefully get a quick start next spring. Most farmers will tell you it has been a number of years that their harvest was completed before Thanksgiving weekend, but this has been one of those better years, in that regard.