Heritage society looks back, then looks ahead 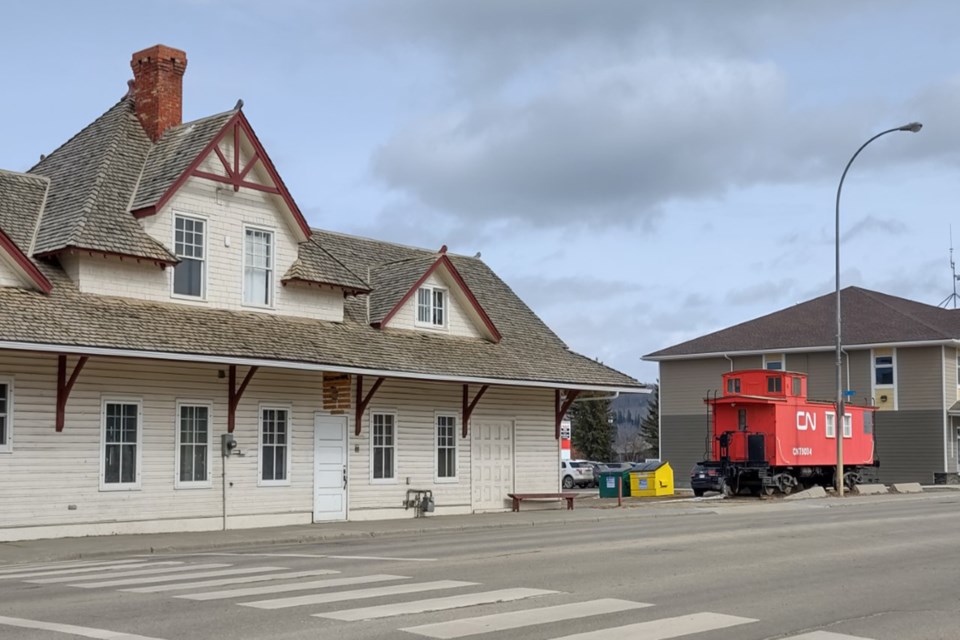 The CNoR Train Station and accompanying caboose, along with many more of Athabasca's historical treasures are overseen by the Athabasca Heritage Society. Chair Margaret Anderson presented the society's annual report to town councillors March 16, noting there will be some landscaping happening at the train station this summer.Chris Zwick

ATHABASCA – The Athabasca Heritage Society remains strong and viable, and actually got a lot done in 2020 despite not being able to meet due to COVID-19.

Society chair Margaret Anderson, along with members Paula Evans and Mike Gismondi, presented an update on the organization to Athabasca town councillors at their March 16 meeting, providing a look at the past year and some future plans for Athabasca’s many historically-significant sites.

One of those being the CNoR Train Station, which saw a lot of upgrades over the past year, including the removal of the addition on the north side, said Anderson. Mark Sheppard worked mostly alone on the project and recycled as much of the material as possible. Him and a few volunteers also removed the flooring over the old platform and helped pick up garbage.

“We haven't really had any events at the train station, but we’re looking forward to a few things once we get the platform at the back all established properly,” said Anderson.

A successful casino in 2020 will also help the heritage society with plans to landscape the north side of the train station in 2021, plans for which are being drawn up for members’ comments and will be submitted to the Riverfront Design Review Committee when completed. The group will then start seeking quotes for the work, which will include the building of a storage shed. The north side of the building also needs to be repainted.

Gismondi noted he is still researching other grant possibilities for the landscaping project. He said he would also like to see the caboose moved to the north after it was relocated for an emergency. This will likely require a crane and other heavy equipment, which is bound to be expensive.

“You people know some people with heavy equipment that might be able to do it affordably, because I think it's going to require a crane and some slings and things like that, so I wanted to sort of get you thinking about that a little bit,” he said, noting he recalled a handshake deal with the former CAO to do just that, when it was relocated in an emergency several years ago.

Mayor Colleen Powell said she remembered it being more than a handshake deal.

“That's a long time ago. Since then, the caboose has been sold, was abandoned and now it is back with us,” she said. “And the colour isn’t right.”

She also reminded council the town is responsible for having the lot paved, though she said that will be much further down the road.

Anderson also told council the society is in the process of replacing its heritage signs at six locations — Falconer House, Brick School, Gaar Scott Tractor, HBC House, RCMP Barracks/Dent House, and First School — all of which were removed last year, but are now ready to be installed. The society spent $2,000 for the signs, but received a refund of $900 through Alberta Culture, and the town also donated $1,000 to the project, she said.

She ended the presentation by thanking councillors for their support, as well as the support of all the volunteers who have helped out over the years, and while she didn’t have exact numbers for the year, Gismondi noted that two years ago, the Classic Cruisers “put in 286 volunteer hours, 41 of them went for the scaffold set up from West Coast Scaffolding, and then the rest from the club. That's not even our group doing painting and some of the stuff we did inside the building in the last two years, so there's a good number for you.”