It will take a community effort to solve doctor shortage, says long-time pharmacist

Rita Lyster explains the process of bringing in new physicians to Barrhead
0
Jan 6, 2020 8:49 AM By: Barry Kerton 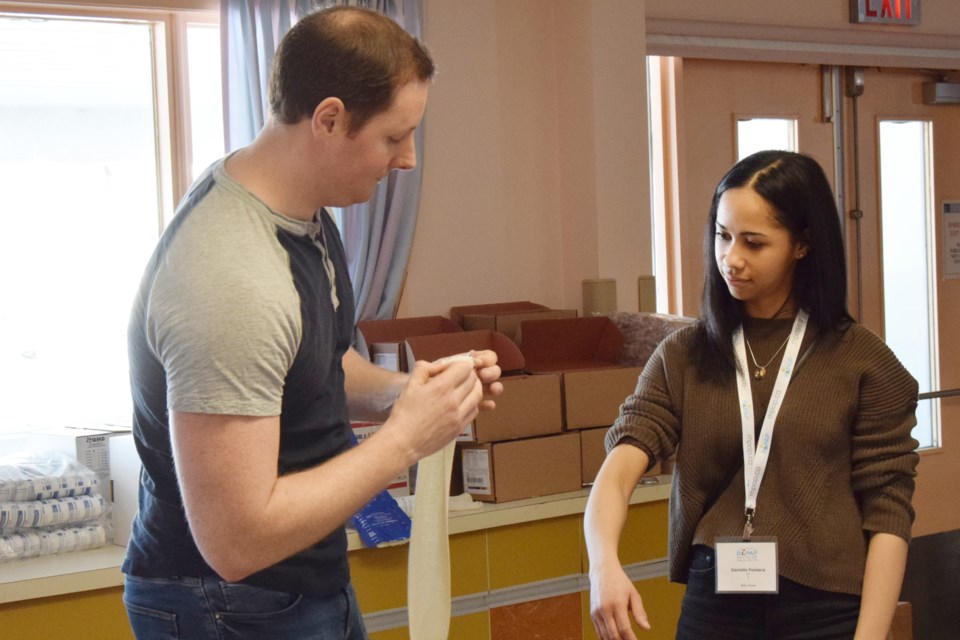 BARRHEAD - Solving Barrhead’s doctor shortage will not be easy and will require the efforts of the entire community.

That is what long-time pharmacist Rita Lyster told the Barrhead Leader via e-mail.

In the last two years, five doctors have left the community — two specialists, one in anesthesia and one in obstetrics and three general practitioners (GP).

Lyster reached out to the Leader to clarify the process in what it takes for a community to attract doctors.

In addition to being a pharmacist, for many years Lyster was an active member of Barrhead’s Physician Attraction and Retention Committee (also known as BARC).

In the summer of 2018, she approached Barrhead’s municipal councils asking for financial support for the committee stating the community needed to do what it could do to prevent a looming mini-crisis, a possible doctor shortage.

“It’s complicated. There are many moving parts and many variables,” she said.

In Alberta, it is primarily the province, through Alberta Health Services (AHS), that determines how many doctors a community should have. It is also, in large part, responsible for recruiting and placing them.

Lyster noted that it is also the province that dictates how doctors are compensated.

“Alberta doctors are paid by Alberta Health in a predominately “fee for service” model,” she said, adding as such they bill Alberta Health directly for the services they provide.

For Alberta residents, they often do not see the costs as the majority of medical services are covered by the Alberta Health Insurance Plan.

Lyster added the form of doctor compensation also varies ranging from salary, a fee for service, on-call stipend, or directly from patients for uninsured services such as driver’s medicals, immunizations, transfer of medical records, completion of forms, reports or letters.

Although doctors are essentially individual business people and are free to practice medicine wherever they choose (i.e. a medical clinic or hospital), assuming they meet the legal requirements to practice, there are limiting factors if they want to access the public payer system, she said.

“In this way, Alberta Health through AHS can indirectly control how many physicians practice in a community by granting hospital privileges,” Lyster explained, adding doctors are also free to join a Primary Care Network (PCN).

PCN is an initiative that was started by the provincial government in 2003 to help co-ordinate all the different health professionals in a community. Currently, there are more than 40 different PCNs across the province.

Barrhead is part of the Aspen Primary Care Network that includes communities such as Athabasca and Westlock.

How AHS determines if there is a need for more physicians

Lyster then explained how AHS determines if a community needs additional doctors, using Barrhead, which has an area population of more than 10,000, as an example.

She said AHS, through its North Zone Medical Affairs office and the physician resource planner, will make periodic calls to Barrhead’s medical clinics to see how long it takes to get an appointment.

It then goes through an approval system and they decide if it warrants another physician. If so, a posting is advertised on the Doctor Jobs Alberta website. As of Jan. 2, four positions were posted, two for GPs, one for a GP with anesthetics and one obstetrics GP.

Lyster said this is odd, adding there should be at least one more GP position advertised as “we lost two family physicians in December.”

Interested applicants then send their resumes to the physician resource planner, who then forwards them to the community’s AHS medical director. In Barrhead, that is Dr. Kent Bernes. The medical director is the AHS liaison to local physicians.

“[Bernes] may then consult the rest of the physician team in Barrhead to decide whether they would like to have the physician recruit come for a site visit,” she said.

It should be noted that candidates might not be certified to practice medicine in Alberta at the time of their application. This is often the case for physicians who come from outside Canada.

If this is the case, prospective physicians need to go through a certification process to prove they are competent.

This involves being chosen by a site and then having credentials checked via the Alberta College of Physicians and Surgeons and being granted a provisional license. They then have to complete a three-month evaluation at a location other than where they are going to practice.

Lyster noted that any potential recruit is likely looking at multiple communities.

“Physicians have a great deal of choice,” she said.

Currently, there are more than 80 GP positions listed on Doctor Jobs Alberta’s website.

“Potential physicians can pick and choose their best options and there are many including lucrative locum positions funded by the AMA which offer a very nice lifestyle. We need to consider the “lifestyle” that our community offers which includes amenities, schools, colleagues as well as the public and how we value and treat our physicians,” Lyster said.

She has heard some of the neighbouring communities have offered “welcome packages” that include six months of free accommodation and a vehicle.

Barrhead’s welcome package includes items such as swim passes, golf and gym memberships, rodeo tickets and the like.

Complicating matters further, Lyster said, is that the physician resource planner can decide whether or not to forward doctor resumes to a community’s medical director.

“I have heard of interested physicians that have been discouraged from coming to our community and have been redirected elsewhere. Unfortunately, Barrhead has developed a poor reputation with regards to the acceptance and integration of new physicians into the already existing medical team.”

For example, she says she has heard through the grapevine that some local doctors don’t want additional physicians to come to the community seeing it as a potential threat to their practice.

Lyster added, the medical director (Bernes) also can decide whether or not to forward physician resumes to the rest of his team, if he feels a candidate is not a good fit.

The question she has is how many resumes is he getting, noting all postings for Barrhead have been listed for a considerable time, in some cases upwards of two years.

Regardless of the reasons, the lack of family doctors is impacting the entire community and not just those looking for a physician.

“Residents are having to travel to other communities to access a family physician. And we already know that while they are in that community, they will shop and access other services which is a detriment to our business community,” she said. “We also have to remember that those communities have the resource planner calling to see how long it takes for appointments and they are seeing physicians being added. Currently, Westlock, similar in population and location to Barrhead, is successfully recruiting and retaining physicians and growing at the expense of Barrhead.”

Lyster said although the issue is complicated and much of it is out of residents or local government’s hands, everyone has a role in its solution.

“The entire community needs to pull together,” she said. “In the end, the efforts of the community along with the government to solve this ... from the existing medical professionals supporting incoming healthcare professionals, the municipal councils to the business community and individual residents.”

PHSD chair talks 2020 challenges
Jan 17, 2020 8:32 AM
Comments
We welcome your feedback and encourage you to share your thoughts on this story. We ask that you be respectful of others and their points of view, refrain from personal attacks and stay on topic. To learn about our commenting policies and how we moderate, please read our Community Guidelines.