Kramer is the second person in Westlock to declare for this fall’s municipal election
May 8, 2021 8:00 AM By: George Blais 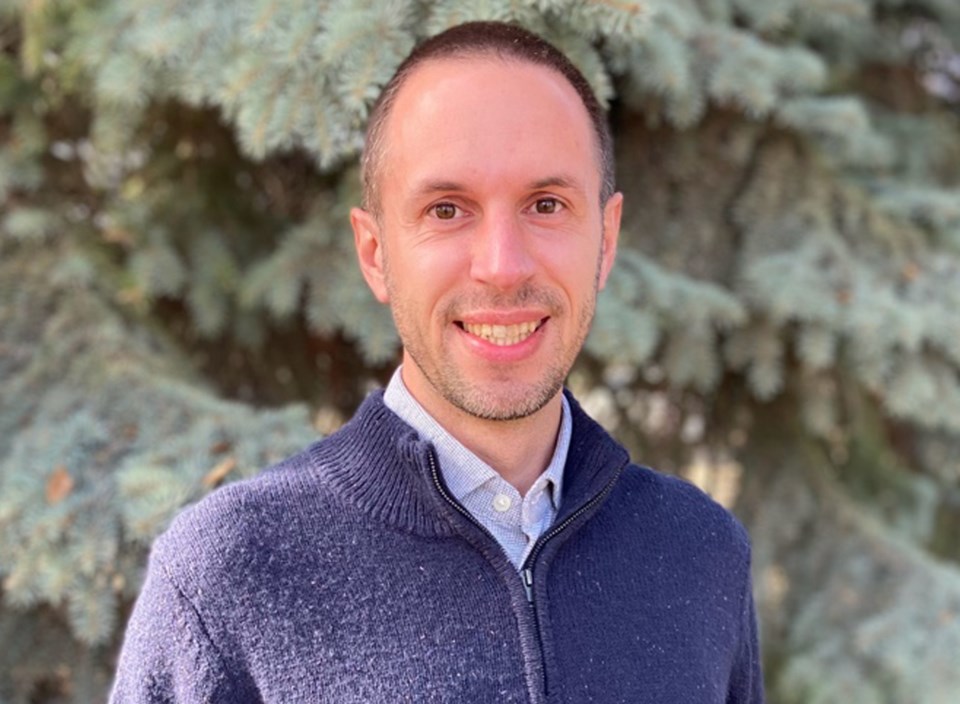 Jon Kramer is the second person to submit their nomination papers to the Town of Westlock.

WESTLOCK – Jon Kramer, a man known by many in the Westlock area as Coach Jon, says he wants to continue the “good decision making” by current town councillors in addition to bringing his own voice and experience to the table if elected this fall.

Kramer, who turns 39 in September, is the second person to announce their intention to run for one of the six town council seats that’ll be up for grabs in the Oct. 18 municipal election. On March 8, 36-year-old Abby Keyes announced her candidacy, while that same month two-term councillor John Shoemaker confirmed publicly he won’t seek re-election. Nominations for the 2021 municipal elections opened Jan. 1 and close at noon, Sept. 20.

Kramer, who’s married with two young children, said he decided to run for a number of reasons, but felt the time was right.

“I’ve always kind of seen my role in the community from a relational perspective, doing the hands-on stuff, the face-to-face things. But in the last few years, especially the years I spent at home with my girls, that’s when council really piqued my interest. I’ve learned how much the idea of policy making and program monitoring affects the wellbeing of people and their lives,” said Kramer.

“When I was home with my girls there weren’t a lot of stay-at-home dads in the community, so I leaned heavily on the library, whether it was the people there, the programs and resources. And FCSS, too. So that for me was really the first touch point of thinking that town council could be an opportunity to significantly influence peoples’ lives.

“So, after talking to some of the councillors, I know that these always need help and I thought to myself that this is the right time. So if the community wants me to serve in this capacity as a town councillor, it’s one I’m willing to take on.”

Kramer said he has “a lot of respect and gratitude” for the work of the current council, as well as administration. He says if elected he’d help build upon the work that’s already been done.

“One of the things that also settled it for me was reading through the town’s strategic plan, which is their five-piece plan for what their focus is for the next decade. Things like community development, recreation relationships … this is kind of the stuff I’ve been doing since I moved here in 2004.

“Maybe the only thing in the plan kind of out of my wheelhouse is the community infrastructure piece, but I know when I look at this council and administration, that’s probably their strongest skill set and I‘m sure there’s people who could mentor and help me with that.”

Originally from Saskatchewan, Kramer moved to Westlock in 2004 for an eight-month internship at the Westlock Alliance Church and says he immediately felt welcomed. After spending 10 years at the church, Kramer decided to stay at home and raise his daughters, who are now in Grades 2 and 4. In 2019 Kramer became a marriage commissioner and started as program assistant at Westlock Elementary School last fall.

“When we got here it felt like home and it made us think that there was an opportunity to make a life here. So eight months turned into 17 years and counting. We can’t imagine living anywhere else,” he said.

Volunteer-wise, Kramer continues to help out at the Alliance Church and is also a member of its board, but has been heavily involved in athletics — most notably as the head coach of the Westlock Thunderbirds football club. But he’s also been a junior high school basketball coach and recently became a swim coach — they started practice this past Monday, but had to shut down Thursday due to the more stringent provincial COVID-19 restrictions.

“It’s the shortest season on record,” he said with a chuckle.