Keyes looks to lock in the Westlock voters 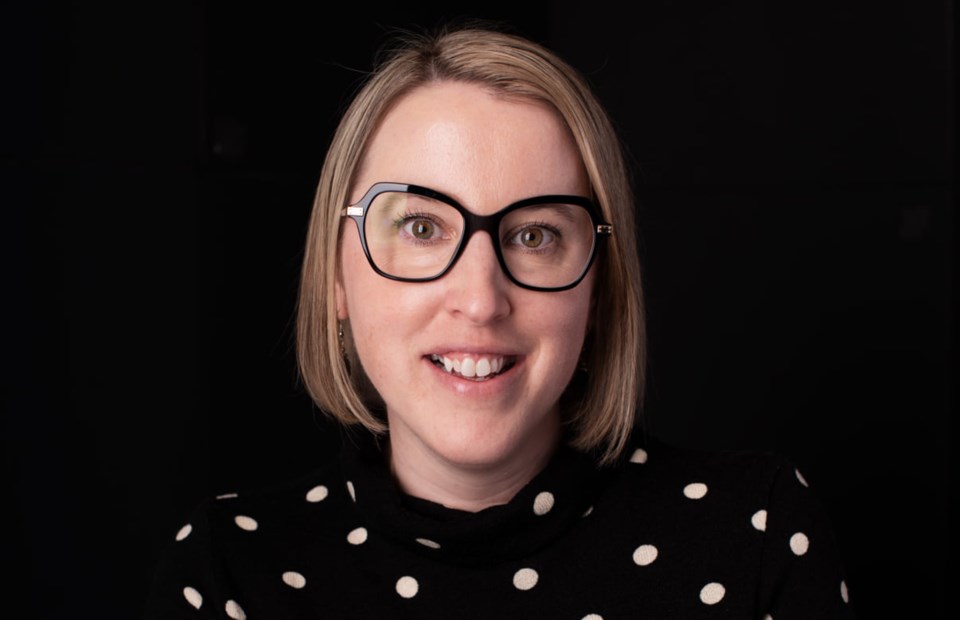 Westlock’s Abby Keyes is the first person to declare for the municipal election this fall and is seeking a seat on town council.

WESTLOCK – Transparency and accountability, increasing social capital and promoting sustainable growth, while fostering a positive image of the Town of Westlock and using data to support decisions are the pillars of the campaign of the first person to declare for this fall’s municipal election.

On International Women’s Day, March 8, Abby Keyes, 36, submitted her nomination papers to the Town of Westlock — CAO Simone Wiley confirmed later that week they had been received and accepted. Nominations for the 2021 municipal elections opened Jan. 1 and close at noon, Sept. 20, while election day is Oct. 18.

Keyes, who’s married and has two young sons, has lived in Westlock since June 2016 and says she chose International Women’s Day intentionally. Although the town has previously had female councillors and mayors since the 1980s, a woman has not served on council since 2015 when Shelia Foley moved out of the community and was replaced by Murtaza Jamaly who defeated Benita Pedersen in a byelection.

“I had been thinking about it for a while and got my nomination signatures on Galentine’s Day (a day to celebrate female friendship), which is the day before Valentine’s Day. With International Women’s Day it was just the perfect day to submit my papers,” said Keyes, who jokingly added that she also had to run as the word play with “Keyes” and “Westlock” was an endeavour far too rich to resist.

“Really a win for me is just to see more women run … even if I don’t win. I really want to see this go to an election because people should have the opportunity to pick who they want instead of people just getting appointed,” she added, referencing the 2017 municipal election that initially saw only five candidates for the six town council seats, prompting nomination day to be extended.

Since December Keyes has been attending town council meeting virtually to get a flavour of what to expect and also recently attended a webinar hosted by the Lethbridge Public Library on municipal politics.

“I wanted to make sure I could do it and I also wanted to understand what the councillors do. There’s a lot of mystery behind politics and it’s kind of made it not so mysterious after watching what happens,” said Keyes, noting she already volunteers for community organizations like the Westlock chapter of Canadian Parents for French, the Westlock Elementary School Parent Advisory Council and the Friends of the Westlock Library.

As for her platform, Keyes said that during her campaign she plans to show her passion and drive for more unity and has a couple of projects in the works to promote the town and bring people together. She already has a Facebook page, Keyes for Council, and said she even had a good conversation with a St. Mary School student the day of this interview after he recognized that she was running for office.

“Westlock has a lot of potential to create more community-minded, family-driven activities that they just don’t do. The Spirit Centre is a great facility, but before COVID it was under-utilized. I know I’m not alone in thinking that,” she said.

“I want seniors to be included as well, it’s not just about young families or single people, I want it to be for everyone. There is so much ‘us versus them’ out there and we need to understand that to progress we need to listen to each other with respect because at the end of the day, we are in this together. I am always looking at ways how I can bring people together.”

Originally from Lethbridge and the youngest in a family of six, Keyes graduated from the University of Lethbridge with a Bachelor of Arts degree, majoring in Sociology and minoring in English and Drama. Presently, she’s a pre-service teacher and one year away from completing a second bachelor’s degree at the University of Alberta in Education.

“With my sociology background, I am interested in analyzing statistics and understanding social trends. I think it’s important for the municipal government to continually seek input from the general public and use that information to govern, instead of making decisions and seeking approval from the public after the fact,” she said.