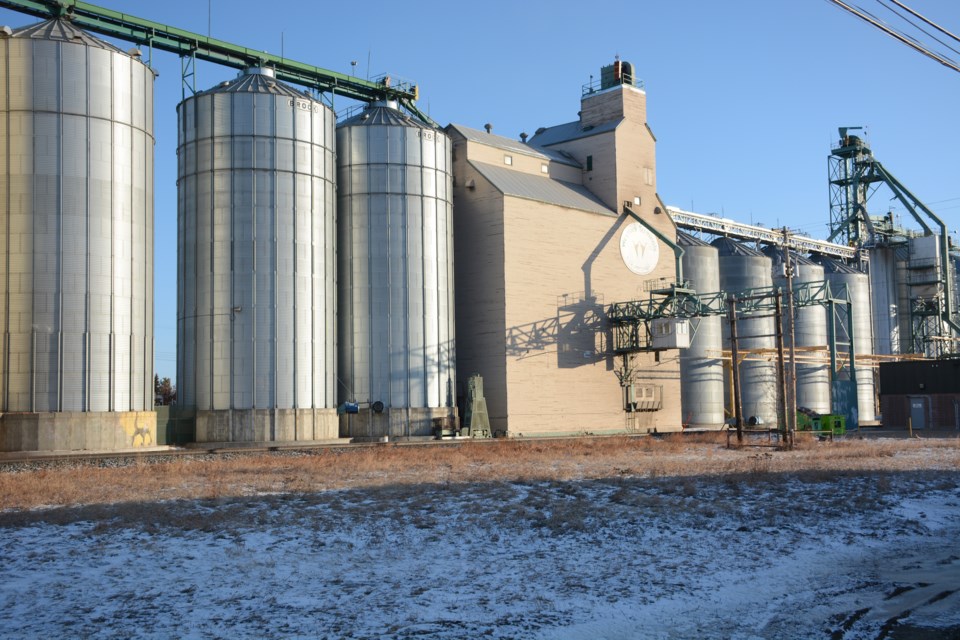 The last wooden elevator in Westlock, believed built in 1968, will soon be dismantled piece by piece, with various parts of the machinery salvaged. Les Dunford/WN

WESTLOCK - The last wooden elevator will soon begin disappearing from the Westlock skyline on elevator row adjacent to the CN Railway tracks.

At the most recent meeting of the board of directors of Westlock Terminals NGC Ltd., it was voted to dismantle the wooden plant.

Terminals CEO Clifford Bell said the process is already partly underway and will be done as soon as possible.

In the past, some of the old wooden elevators in Westlock have been demolished, coming down with a dramatic crash, followed by a huge cloud of accumulated grain dust from many years. But this will be different. The remaining wooden plant sits between steel grain bins, with the railroad tracks to the south, and the road and new Terminals office immediately to the north. That would make it virtually impossible to take down in a demolition-type venture.

“We’ll salvage what we can salvage,” Bell added. “There’s so many things in there that we can still use such as drags, bulk weigher, scales, etc. We’ll use what we can and get rid of what we can’t use.”

He says it will probably take a couple of months to complete the process. The space, once it is opened up, is not going to be used for anything at this time, said Bell.

“Potentially, we want to save the bridge that goes across the four tracks. We’re going to save that, we don’t want to disturb it, just in case down the road, we want to add in some kind of third track loading system,” he noted.

Everything else, including the platform scale, will be gone, he said, added that there are many people interested in purchasing some of the other assets of the building.

“We’re kind of waiting to decide what happens after that; what our needs are.”

Shortly after Westlock Terminals was established and open for business in August 2002, an office was added to the wooden elevator, along with a board room, staff offices and washroom.

Bell noted there is no direct connection between the east and west plants, which both have platform scales and loading facilities.

And as far as any need for more storage space, Bell said buy and store isn’t the name of the game anymore. Westlock Terminals has four B-train trucks and use some 20 other contract trucks to help with all of that, with grain coming from as far away as Saskatchewan and northern Alberta. Capacity of Westlock Terminals, not including the wooden elevator, is 25,000 tonnes.

“It’s buy and ship. The big thing is to coordinate it all,” he said. “We’re really ramping up the flow through grain, coordinating it, the brokerage, trucking, etc.”

He noted dismantling the elevator, which is pretty well worn out, and been babied along to keep it going to this point will help the facility modernize. 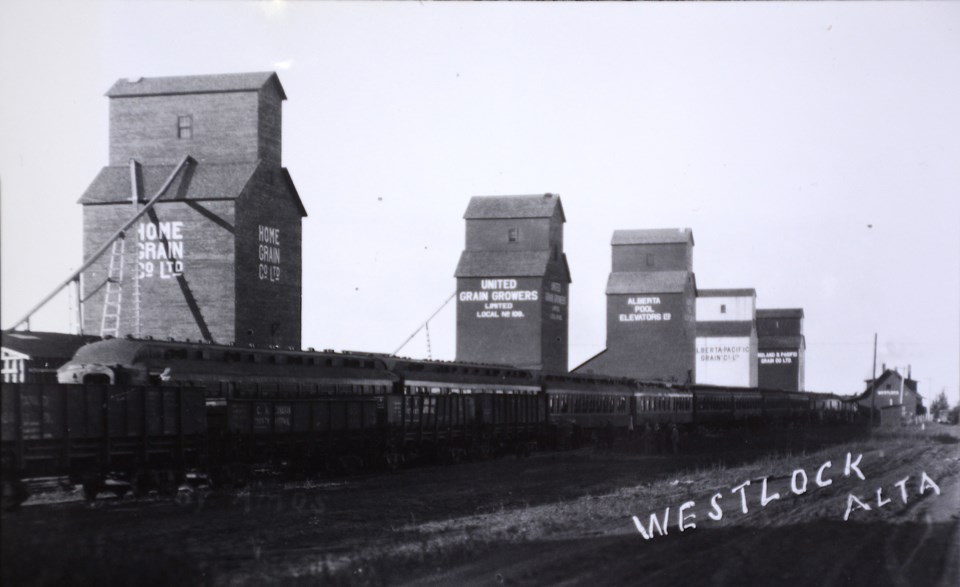 The Edmonton, Dunvegan and British Columbia Railway pushed through the area that became Westlock in 1913. The history book article, written by D.H Fraser, notes the first elevator in Westlock was built by Alberta Farmers Cooperative Elevator Company in late 1916 and became United Grain Growers (UGG) in 1917 with the amalgamation of the two farmers companies. Home Grain Company built in 1919, Topper Grain Company in 1923, Alberta Pacific in 1924, Alberta Pool in 1927 and Midland & Pacific in 1928 to make six elevators in total. By that time, the railway was part of the Northern Alberta Railways (NAR) system and today is a Canadian National Railways line.