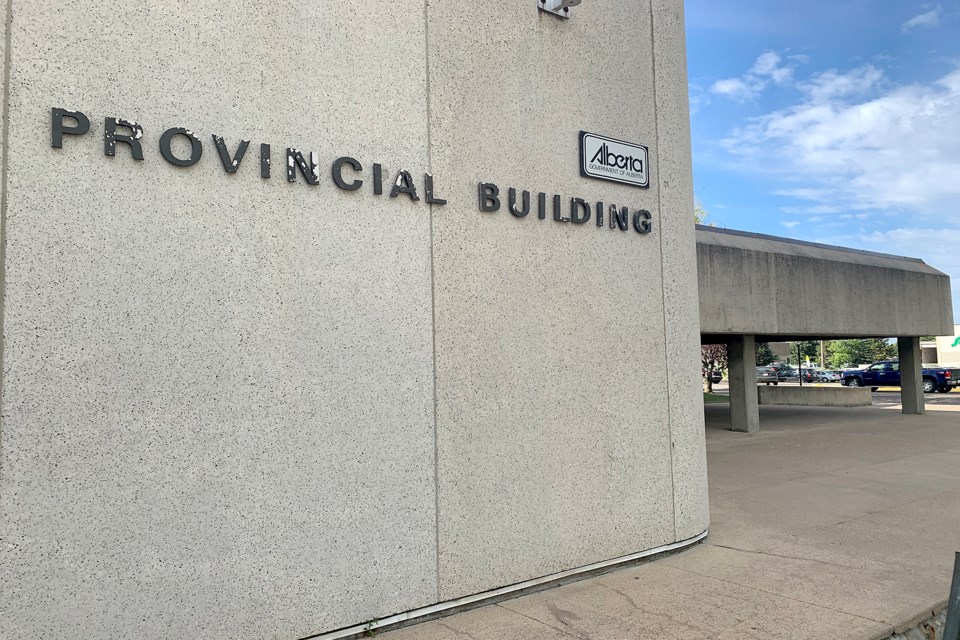 Since late March local courthouses have been closed due to the COVID-19 pandemic — in the case of Athabasca, Barrhead and Westlock, the base of operations has been St. Albert Provincial Court, while for Boyle it has been Fort Saskatchewan.

In August, Westlock RCMP Staff Sgt. Al Baird and Town of Westlock mayor Ralph Leriger both said the move to St. Albert was putting a strain on the detachment as officers were tasked with travelling weekly back and forth to St. Albert to deal with cases.

“We’re looking forward to being at our home courthouse. It’s good news for everyone involved as we won’t have to travel that extra hour and a half, let alone the time spent in court. It definitely helps us to manage our resources better,” said Baird Sept. 10.

Going forward, Westlock Provincial Court will be open for criminal, family and youth matters every first, second, fourth and fifth Wednesday. Barrhead will deal with criminal matters every second and fourth Tuesday, as well as the third Wednesday of the month. Family and youth cases will be heard every second and fourth Tuesday, while Swan Hills youth as well as Family and Child Enhancement Act matters are slated for the fourth Wednesday.

Westlock-based lawyer Richard Forbes, who’s a partner in the Pembina Law Group, deals with cases in Athabasca, Barrhead and Westlock and says this first week back will be interesting.

“There’s quite a backlog. I was talking to the clerks about Monday in Athabasca and they have a 30-page criminal docket — usually it’s around 12 or 13 pages. I think that’s an indication of how much work there is to do and how much has built up over the last few months,” said Forbes.

“For ticket trials in Westlock there’s scheduling out to 2021 now and people haven’t even had the chance to get back to a court yet. They’re going to need to try and figure that out.”

During the shutdown Schaffter said courts expanded the use of the video-conferencing system WebEx, which has reduced the number of visits from small towns and remote. Forbes said the system has worked fairly well and has kept him mainly in the office.

“I’ve physically been to court maybe five times since March and usually my week would at least include three days in court. I have been appearing on matters over video in the morning and then it’s back to office work. I’m finding that the courts are getting good at doing things over e-mail as far as filing documents and just the basic procedural stuff … that’s gone fairly smoothly in my opinion,” said Forbes.

Anyone requiring information about the reopening of circuit courts, or about using WebEx, can call 780-458-7300 or e-mail STAP@csadm.just.gov.ab.ca. The phone number for St. Albert Provincial Court is 780-458-7300, while for Fort Saskatchewan Provincial Court it’s 780-998-1200. More info can also be found at https://albertacourts.ca/.

“If people have something outstanding in Barrhead, Athabasca or Westlock, call the St. Albert Provincial Court, or call Fort Saskatchewan Provincial Court if it’s Boyle just to determine when your matter is back in court,” Forbes added.

“Things have been adjourned without anybody being told. And even just for the police … they’re going to end up with 50 or 60 warrants on Monday (in Athabasca) if everything goes to warrant when people don’t show up because they didn’t know they had to be there.”

• With files from Anna Borowiecki

Changes ahead for students who need assistance
Sep 20, 2020 1:30 PM
Comments
We welcome your feedback and encourage you to share your thoughts. We ask that you be respectful of others and their points of view, refrain from personal attacks and stay on topic. To learn about our commenting policies and how we moderate, please read our Community Guidelines.