Looking back at the year in news in Barrhead-Part 1 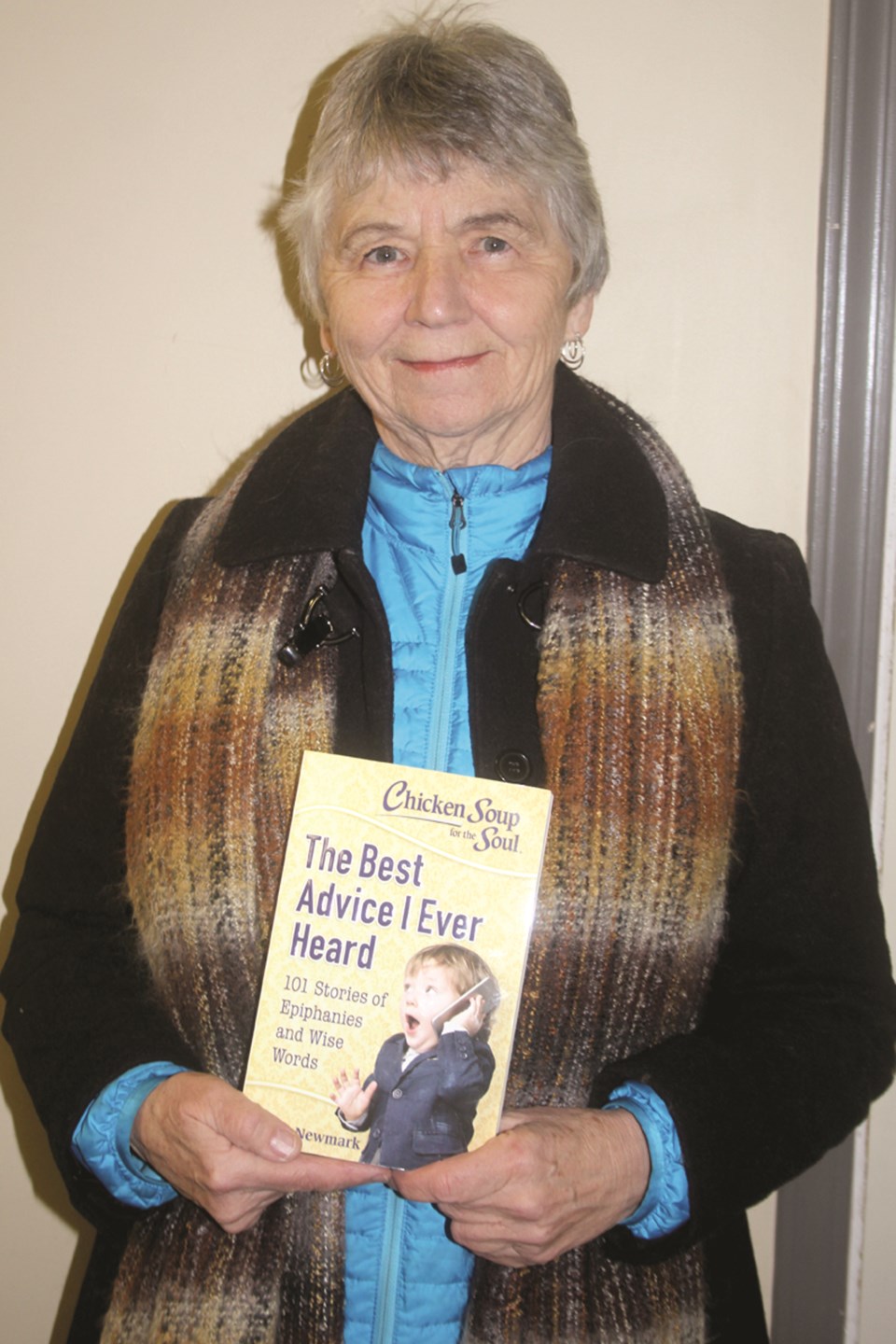 Barrhead author Glenice Wilson is becoming old hat at being published in Chicken Soup for the Soul books. In the last two years, her short stories have been included in three of the anthologies. Her latest story about Papa Leroy Brown is included in Chicken Soup for the Soul: The Best Advice I Have Ever Heard. Barry Kerton/BL
Every year the Barrhead Leader editorial staff looks back and takes snippets out of what we feel are the best, most important or interesting stories. Here is what we selected for 2019.

In this installment we look at news stories from January to April.

It is something Glenice Wilson has never forgotten.

About 10 years ago, a good friend of hers, Leroy Brown, asked her if she wanted to perform on stage as part of his band at a music jamboree in Vega.

At the time Brown, a well-known fiddler and mainstay on the jamboree circuit, had only taught Wilson how to play two relatively simple pieces of music. Brown passed away in 2010.

“Usually I am quite nervous about these type of things, and going up on stage and joining the band would have been out of the question, but Papa Leroy [as Wilson called him] said, ‘Think about it and come only if you want to,’” she said. “That’s all he had to say and I did it.”

Wilson said over the years, she has thought a lot about those simple words whenever she took on something new and knew it would make the perfect story for the latest edition of the Chicken Soup for the Soul book series titled: The Best Advice I Have Ever Heard.

In the near future, Woodlands County will join a growing number of municipalities that have decided to restrict where people can consume or smoke cannabis.

Council asked administration to invite representatives from the RCMP to discuss what issues they perceive and are experiencing in terms of dealing with cannabis-related issues before deciding if the county needed its own bylaw.

The federal government legalized the sale and use of marijuana on Oct. 17, 2018.

“Overall in terms of enforcement, it hasn’t been much of an issue for us,” Whitecourt RCMP officer Ted Zadderey said. “We are seeing things like smoking inside a vehicle, but no more than usual.”

It is all about serving the customer.

That is what Brenda Visser said about Visser Welding winning a GROWTH Alberta’s Business Excellence award. Brenda co-owns the business with her husband Calvin.

GROWTH Alberta is one of the province’s 11 Regional Economic Development Alliances (REDA. At the time of publication, it had 10 municipal members.

GROWTH gives out one Business Excellence Award in every member community.

The Vissers received the award during the County of Barrhead’s Agricultural Service Appreciation Night on Jan. 10 at Summerdale Hall.

A detached garage at a residence along 55th Street in Barrhead was destroyed in a fire on the evening of Feb. 3.

Town fire chief Gary Hove said the Barrhead Fire Department was called out to the fire just after 5 p.m.

Hove said the residents had just returned home a short while before they noticed the garage was on fire. The fire department was on scene for about four hours putting out the fire, which was contained to the garage and didn’t spread to any nearby buildings.

While no one was injured, the fire caused extensive damage to the garage itself and destroyed three vehicles that were housed inside, Hove indicated.

The cause of the blaze is still under investigation as of Friday. Hove noted they were working with insurance investigators on determining the cause.

Citing health issues, Woodlands County Division 4 councillor Jim Rennie has stepped down as mayor and has been replaced by Division 3 councillor Ron Govenlock, though not without some opposition by councillors who felt the decision was being rushed.

Woodlands County councillors passed a motion during their Feb. 5 meeting accepting the letter of resignation from Rennie, who had indicated back in January that he might have to step down as mayor.

“I would like to thank council for allowing me the opportunity to look after my own health and welfare,” said Rennie, who was appointed to a one-year term as the mayor during an organizational meeting on Oct. 16, 2018.

PHPS must revisit use of seclusion rooms following provincial ban

Pembina Hills Public Schools (PHPS) was among the school divisions that utilized “seclusion rooms” in cases where students posed a danger to themselves and to others, though only as part of a crisis management plan that was approved by parents and which was monitored by administration staff.

With the province now banning the use of seclusion rooms starting this fall, however, PHPS will now have to look at other options for those situations, said Rob McGarva, director of student services.

The ban was instituted months after a Sherwood Park couple alleged that their 12-year-old autistic son was locked in the Clover Bar School’s isolation room for at least 45 minutes. He had been stripped of his clothes and was covered in feces.

The Rich Valley Arena south of Barrhead was among the four finalists in the running to be named Kraft Hockeyville 2019, which comes with a grand prize of $250,000 to upgrade the arena and the opportunity to host an NHL pre-season game.

Whether or not they were chosen, however, depended entirely on online votes cast between 10 a.m. on Friday, March 29 and 6:30 p.m. on Saturday, March 30 at www.krafthockeyville.ca.

In order to be in the running, the community of Rich Valley had to submit an essay detailing their story, which would be reviewed by judges.

Local community members also had to rack up “rally points” by sharing tweets about the competition, publishing photos online and reacting via social media to photographs or videos about the rink, as well as the “story” published on the Kraft Hockeyville website.

Gina Hove, who wrote the story of the Rich Valley Arena and submitted it to the Kraft Hockeyville judges, said there was a little bit of shock when they were told that they were among the four finalists, followed by excitement and a general sense of being overwhelmed.
April 23, 2019

Should County of Barrhead councillors receive an increase in compensation?

That was the question councillors asked themselves April 16 during a discussion about the county’s 2019 operating and capital budgets.

Their conclusion was that their compensation needed to be examined, but they were not the ones to do it.

Councillors instructed administration to start developing the terms of reference for an external committee, which would include representation by county ratepayers.

“I just want to point out that we didn’t put any more money into legislative [councillor compensation],” said reeve Doug Drozd.

“Barrhead County councillors lost that 1/3 exemption and we didn’t increase that amount, it is still at the same level. However, we are open to considering this, obviously before the next election.”

Glenn van Dijken rode a blue United Conservative Party wave into the Legislature with premier-elect Jason Kenney, as he easily captured the Athabasca-Barrhead-Westlock riding with roughly 70 per cent of the popular vote.

van Dijken’s victorywent hand-in-hand with the UCP’s dominance at the polls in Tuesday’s election, as the party formed a majority government by winning 63 of the 87 available seats with 53 per cent of the vote. Meanwhile, the NDP took 24 seats, 28 less than they won in their 2015 victory, with roughly 33 per cent of the vote.

Interestingly, if the results hold, this will be the first time since the 1913 provincial election that only two parties (Liberals and Conservatives) sat in the Legislature.