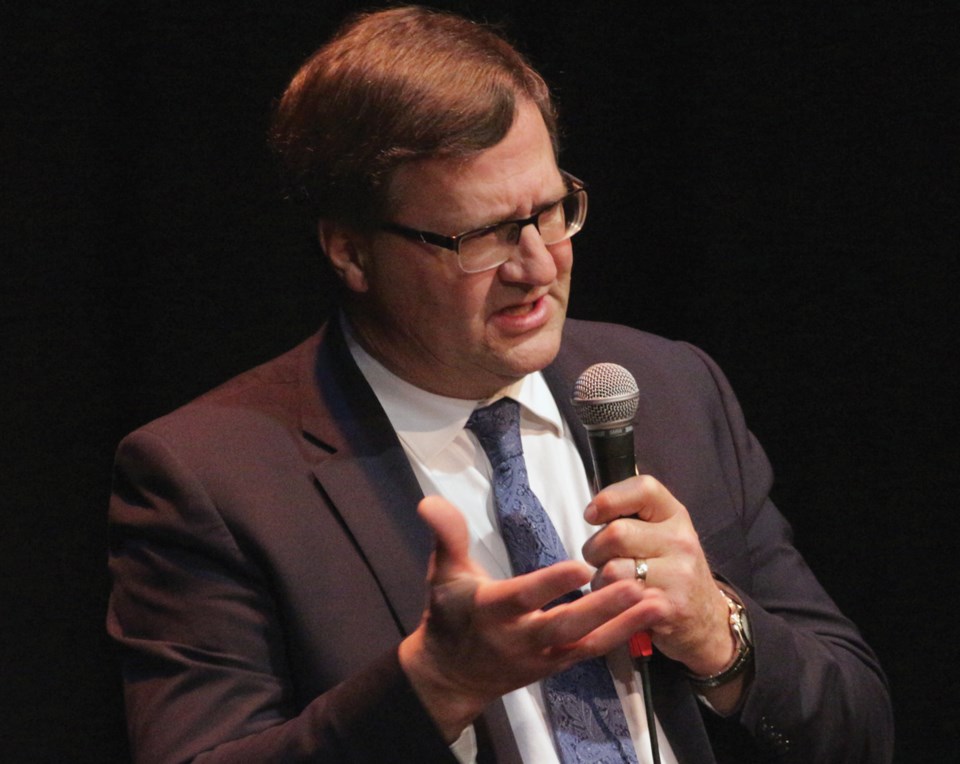 As one of his first orders of business Jan. 20, Biden signed an executive order that revoked the permit former U.S. president Donald Trump had issued for the $14.4-billion pipeline that would have linked Alberta’s crude oil production with heavy oil refineries in Louisiana and Texas.

First announced in 2005, the 1,897-kilometre pipeline would have carried 830,000 barrels of crude daily from the oilsands and connected with the original Keystone pipeline that runs to U.S. Gulf Coast refineries.

“The willingness of president Biden to amplify and exploit this polarization for his political gain is completely hypocritical. He’s claiming he wants to unify, but this kind of decision in my opinion will only further divide us,” said van Dijken.

“The frustration is how politics has completely got in the way of a reasonable transportation network. If it was truly about the construction of a pipeline and the safety of the pipeline, then that would be one thing. But that’s not what it’s about.”

As a part of a broader climate order, the Biden administration wrote that the Keystone XL pipeline "disserves the U.S. national interest," citing challenges surrounding climate and the pursuit of a clean energy economy. In the order, the new administration concluded that approval of the project would "undermine U.S. climate leadership" by undercutting the influence of the country on other nations to take climate action. Biden’s decision marked the third time a U.S. president has killed the project, which has spent more than a decade in regulatory reviews and litigation.

Former U.S. president Barack Obama vetoed KXL in 2012 and, after the company re-applied for permits at Obama’s own invitation, he denied the project permits again in 2015.

“I hope that Canadians will be able to see the hypocrisy in all of this. The whole climate agenda that is being moved on, we have to recognize that there is still a need for this product,” van Dijken argued, noting 30 per cent reductions over the past two decades in the emissions created when heavy oil is extracted.

“For president Biden to essentially stand on his soapbox proclaiming that this is dirty tar-sands oil and then proceeding to important heavy oil from other countries is very disappointing. The reality is that the consumers are still looking for the product. If this was a market-driven decision, or a market-driven reality then I can live with that. But it looks to me to purely political and I believe that Canadians should recognize the hypocrisy in it all.

“Canadians, as well as Americans, that are concerned about the consumption of this product will make decisions that will adjust emissions in a far greater manner than the attacks that have been put on an industry that produces a legal product that’s in high demand.”

In 2020 the provincial government invested $1.5 billion directly and took an ownership stake, financing 80 per cent of the first year of construction. It also agreed to a $6 billion loan guarantee that would have been used for construction costs this year.

As a result, the Canadian leg of the project has been under construction for months in southeast Alberta — on Jan. 21, TC Energy served notice of 1,000 layoffs along the pipeline route.

On Jan. 22, the National Post reported that premier Jason Kenney has asked the federal government to push the U.S. government to reimburse the $1.5 billion it stands to lose from the cancellation and to reimburse TC Energy for the money it’s spent.

In a letter sent to prime minister Justin Trudeau Jan. 21, Kenney stated that the cancellation of a cross-border permit via executive action, and Canada’s acquiescence without a fight, will set a bad precedent.

“I believe Canadians need to take a good hard look at the truth in all of this. I’m disappointed by the lackluster effort of the federal government to properly represent Canadian industry and the effort they’ve done to improve emissions. The technologies that have been developed here are world class,” van Dijken said.

“The investment was made off of approvals that were in place, so now it appears that even if you have an approval, that doesn’t necessarily mean you have an approval. So, I think there’ll be a court challenge to the decision that will seek compensation and we’ll see where that goes.”