MLA, superintendent spar at Chamber luncheon over fate of ADLC

Supt. Dave Garbutt challenges MLA Glenn van Dijken's claim that Pembina Hills chose not to argue their case before other superintendents
Jun 21, 2021 11:00 AM By: Kevin Berger 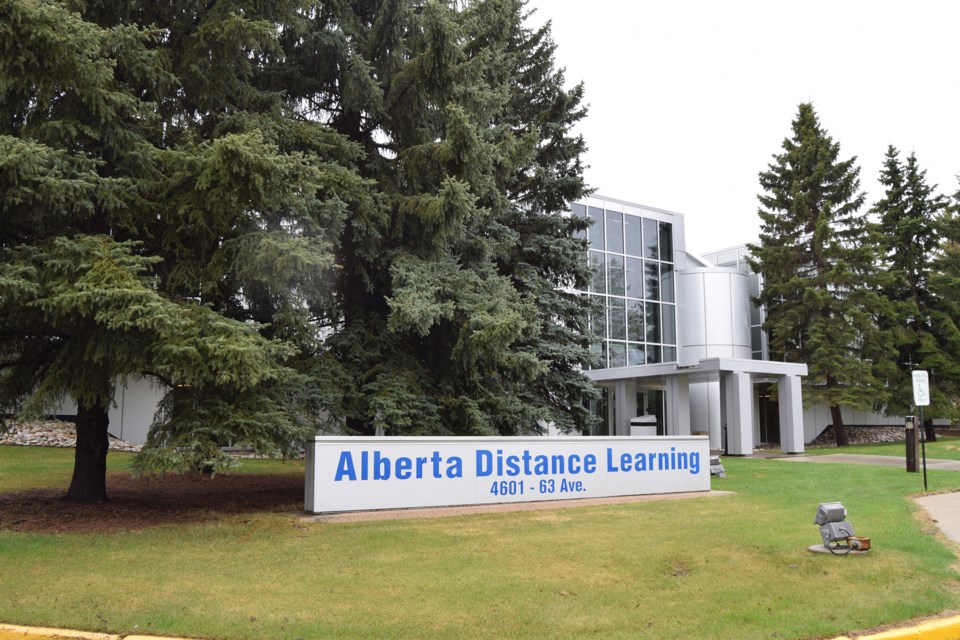 The Alberta Distance Learning Centre (ADLC) in Barrhead will be shutting down permanently this week. In 2020, the province decided to conclude the agreement it had with the Pembina Hills School Division to operate the ADLC. The original timeframe was for two years, but with funding for the ADLC being cut severely, the school division decided not to keep the ADLC in operation for another year.

Athabasca-Barrhead-Westlock MLA Glenn van Dijken doubled down on his assertion that the Pembina Hills School Division did not do enough to justify the continued operation of the Alberta Distance Learning Centre (ADLC) at an online Barrhead Chamber of Commerce luncheon on June 17.

This time, however, van Dijken received pushback from outgoing superintendent David Garbutt, who stated that the MLA’s information was inaccurate and claimed the province is not ready for the ADLC’s impending closure.

“There is a need for this service. There always has been. And the government, quite honestly, right now is not prepared when this rolls out in September,” said Garbutt, who is set to retire this year.

van Dijken was invited to speak at the Zoom luncheon about Invest Alberta, a Crown Corporation created last year to attract international investment to the province and aid Alberta’s economic recovery following the COVID-19 pandemic.

Following his presentation, van Dijken was asked about layoffs of staff at the ADLC and at local Alberta Transportation offices.

While he claimed to know nothing of the latter, van Dijken again talked about the province’s decision to end the service agreement it had with Pembina Hills to operate the ADLC within two years. (Due to the reduction of funding being provided by the province, Pembina Hills will be shutting down the ADLC at the end of this week.)

van Dijken said he had stressed to the Minister of Education that the content originally provided by the ADLC needed to come from elsewhere, especially for rural students.

"We have to recognize that a lot of rural students are heavily reliant on .. distance learning if their courses are not offered at their school," he said.

He talked briefly about the meetings that ensued between provincial officials and Pembina Hills, and just as he did at a Chamber luncheon in April, van Dijken suggested the division did not present a “business case” for keeping the ADLC running.

“They did do some work on getting surveys out on who was utilizing it and that kind of thing, but it never really got to a point where I could go to the minister and say, ‘You cannot afford not to have this.’”

The MLA also claimed the deputy minister of education offered to have Pembina Hills present their case at a conference of the College of Alberta School Superintendents (CASS).

"Pembina Hills and the superintendent declined that offer. I was quite disappointed in that. I thought it would have been a great chance for them to actually sell their business to all the stakeholders in the province.”

Garbutt was then invited to respond after typing a comment in the Zoom chat. He said they had given a two-hour presentation to the CASS board of governors in May of 2020, and they had been directed by the deputy minister to do so.

They presented CASS with “300 pages of documentation” representing comments made by distance education facilitators in other divisions, the majority of which indicated they were heavily reliant on ADLC’s services.

Shortly after that presentation, the CASS board voted to support the province’s decision to terminate the agreement with Pembina Hills to operate the ADLC.

"The implication that somehow the division did not uphold their end and be responsible enough to make a case for why the ADLC should stay open … it’s untrue. It’s false,” said Garbutt.

van Dijken responded that Pembina Hills had turned down the invitation to speak to a CASS conference.

“I was in on the conference call with the Minister’s office where the offer was made for you to present to the conference, and I followed up with the board chair (Jennifer Tuininga) probably shortly after that,” he said.

Garbutt again said that van Dijken’s information was inaccurate, and insisted that anyone else taking part in that conference call with the minister could recall that.

After challenging van Dijken's statements, Garbutt referenced the recent launch of a new online school called the Ignite Centre for eLearning, which will be starting up this fall and, like the ADLC, is offering courses to students for no tuition fees.

Notably, the board of the Ignite Centre (whose website is found at ignitecentre.ca) is chaired by Dr. Kathy Toogood, who previously worked as a senior manager for Alberta Education, and its principal is Dr. Daylene Lauman, who served as the online learning advisor for Alberta Education for five years.

“I guess what’s really disappointing when I look at government is now a group of former employees in the department have started their own online school trying to scoop up these additional kids that are going to be looking for online learning,” Garbutt said.

Garbutt also countered the argument that ADLC’s services could be filled easily by the 32 other online schools throughout the province.

"We did the legwork and the digging and less than half of those were willing or able to provide the service across the province,” he said, noting that the remainder were insufficient in size or resources to take on the job of providing online courses provincewide.

“I have on a regular basis now superintendents that were not supportive of us prior calling me saying, ‘what the heck do we do next year?’ Because nobody’s ready.”

Finally, Garbutt pointed out that prior to 2020, Pembina Hills had concentrated much of the ADLC’s services in Barrhead, closing campuses in Lethbridge, Calgary and Edmonton and working with local businesses and municipalities to lure employees to the community.

Now 120-plus employees are out of work, and he resented the suggestion that the division did not do enough to protect their jobs, Garbutt indicated.

“We would just ask as a school division that people are fair and accurate in the information they share,” he added.