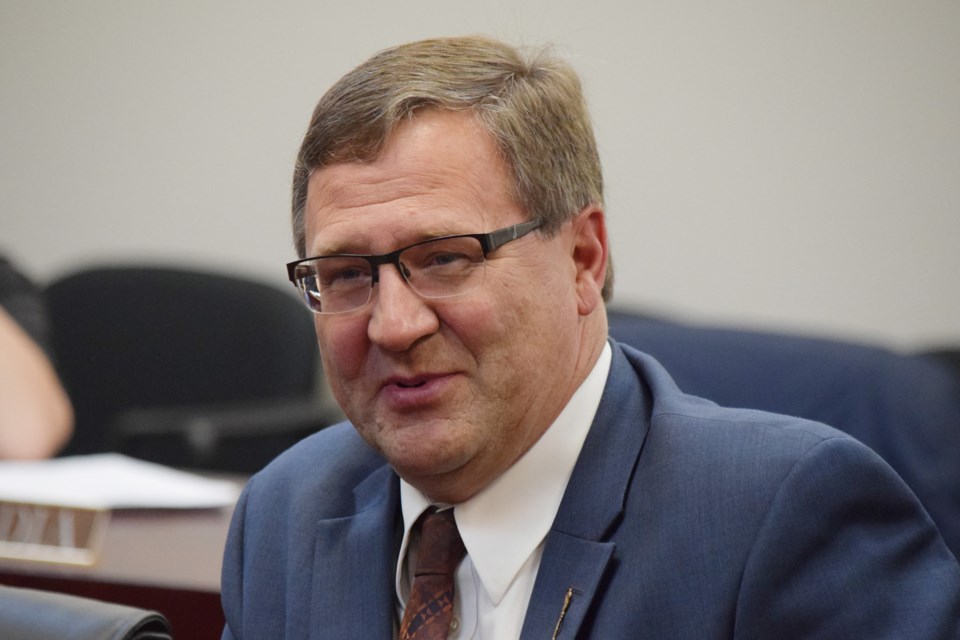 Athabasca-Barrhead-Westlock MLA Glenn van Dijken says that while he supports peaceful protests, he likely won't be attending any future Enough is Enough rallies.

ATHABASCA/BARRHEAD/WESTLOCK - Protestors who gathered in Westlock and Barrhead in the last two weeks to call for an end to COVID-19 related restrictions may have a few valid points, says local MLA Glenn van Dijken, but this is uncharted territory and requires a careful balancing act between the health and the economic pressures brought about by the virus.

Westlock organizer Benita Pedersen has already held two Enough is Enough rallies in those two communities, and plans three more in the coming week, with a second rally in Westlock Thursday, another in Athabasca Friday, and then one more in Barrhead Saturday. About 60, mostly unmasked, protestors attended the Westlock event Feb. 11, while more than 80 attended the Feb. 18 rally in Barrhead.

She has also expressed her disappointment with van Dijken, who represents the Athabasca-Barrhead-Westlock constituency, and questioned his integrity, for not attending the rallies.

“People are coming together in peaceful rallies, peaceful protests, and I don't condemn them for doing that. I think it's a healthy part of our democracy for people to be able to speak up and speak their opinions. And then challenge the decisions that are being made,” van Dijken said in a Feb. 20 interview.

van Dijken went on to say that while he doesn’t necessarily agree everything protestors are saying, he does recognize that some have taken on a more substantial burden as a result of the restrictions implemented by the government to stop the spread of the virus. He added that he is in favour of taking a more regional approach to restrictions, as the vast majority of active cases are in the province’s urban centres.

Pedersen has accused the government and media of lying to the public about the severity of the virus. Asked directly why the government is lying, van Dijken said he gets calls from many people, with many diverse views and opinions.

“I don't necessarily understand why people believe that the government is lying to them. There’s a lot of information with regards to the implications that we're experiencing in Alberta. There's no secret over 1,800 people have died from this now,” he said. “I will give them that it’s tending to affect the more elderly, for sure, but we also remember that people are in the hospital, and the average age of people that have been in ICU is 59 … The disease is real.”

As for the penalties levied against Pedersen for organizing the rallies, van Dijken said in the end, it will be up to the courts to decide.

“There's different protocols that could be enacted to help to ensure that we don't get into a situation where we have a spread occur. I would say the enforcement agents are required to work with the people in a manner that helps to educate them, but when the people continue in the action that is deemed to be a threat to others, then enforcement is necessary,” said van Dijken.

As for whether protestors can expect to see van Dijken at any of the future rallies — “Likely not,” he said.

“I don't think it's wise at this time to get into large groups. I think there are ways to communicate that are probably safer. And I believe that it's important that everybody recognize that we're not completely through this.”

van Dijken pointed out the province’s vaccination program is still being rolled out, but the more who are vaccinated, the more life will return to normal. That said, he recognizes the virus will likely continue to be around, and people will have to continue to take precautions.

“The goal is not zero at the end of the day. We all have to take our precautions, but we do have to continue on with life,” he said. “The goal is to be able to have a health system that is there to treat all patients, not just COVID patients, but all that come through the door.

“And I think that we have to recognize that our actions, have the potential to affect others.”