Cpl. Glenn Ellsworth filling in for Sgt. Colin Folk, who is now in Athabasca
May 5, 2021 4:00 PM By: Heather Stocking 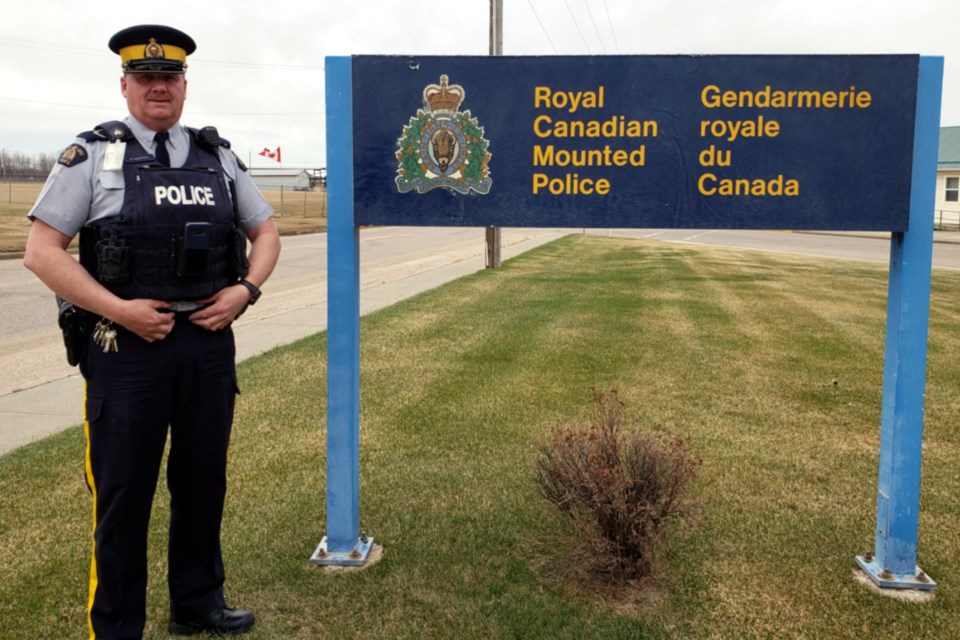 As of April 7, Cpl. Glenn Ellsworth has taken over command of the Boyle RCMP detachment from Sgt. Colin Folk who took over in Athabasca after the retirement of Staff Sgt. Paul Gilligan last month. Supplied

BOYLE - Following the retirement of Staff Sgt. Paul Gilligan as top cop at the Athabasca RCMP Detachment, there has been a bit of shuffling going on.

Sgt. Colin Folk took over from Gilligan, leaving his command of the Boyle RCMP Detachment vacant, but that position has been filled as of April 7 by Cpl. Glenn Ellsworth, who is commuting from Lac La Biche to helm the detachment.

“Prior to joining the RCMP, I worked as an auxiliary member for eight years in my own province of Newfoundland,” Ellsworth said in an interview April 26. “After working as an auxiliary, I joined the RCMP back in 2011.”

Ellsworth was 40 years old when he took the leap from auxiliary to regular member and was the second oldest in his group training at RCMP Depot Division in Regina.

“I used to spend a lot of time working in Nunavut and the Northwest Territories,” said Ellsworth. “I had a young family at the time so as my kids got older, I felt that it was time to actually put in my application and join the RCMP.”

He applied for postings in Newfoundland and Alberta where one of his sons was living, and his first post took him to Valleyview for four years before he transfered to Sylvan Lake. Three years later he was on the move to Lac La Biche.

“I was promoted there as a corporal and I've been there for just over two years now and I was a watch supervisor,” he said.

As a watch supervisor Ellsworth monitored calls for service, assisted members, gave guidance on files and checked files in the RCMP database, among other duties.

“I got on the road a little more as a watch supervisor; got to assist the members a lot more on calls and be out in the field and be part of the calls,” he said. “As for now, I'm more admin now; more in office.”

But being in a small detachment he is still able to get out of the office sometimes and even though his assignment in Boyle is considered temporary, he is looking at is as long term gig.

“I do have some goals. I know it's hard now with the COVID-19 in the communities right so that reduces the level of community involvement that I would like to see,” he said. “Obviously we're still involved, we do attend things, but it's not the same as prior to COVID. For me, community engagement is huge; to build the relationships in the community."

He comes to Boyle knowing many of the members already.

“I've worked with some of the members here on files in the past as we are a neighbouring detachment (in) Lac La Biche,” said Ellsworth. “I've known Colin also through the same interactions, whether it was through files or a phone conversation.”

And he jumped right into the role, saying fire safety is high on his mind with spring.

“I just wanted to take the opportunity to remind people that it’s fire season,” he said. “Just some common-sense stuff; do not leave a fire unattended at all times, be sure to have a source of water or extinguisher to extinguish a fire in case it starts to spread, and storage of combustible materials should be placed in a safe location.”

He added he wants to do regular public education on securing property, rural crime and other tips noting preventing crime is key.