Police will be able to hand out fines and suspensions; court dates reserved for more serious cases
Dec 1, 2020 7:11 AM By: George Blais 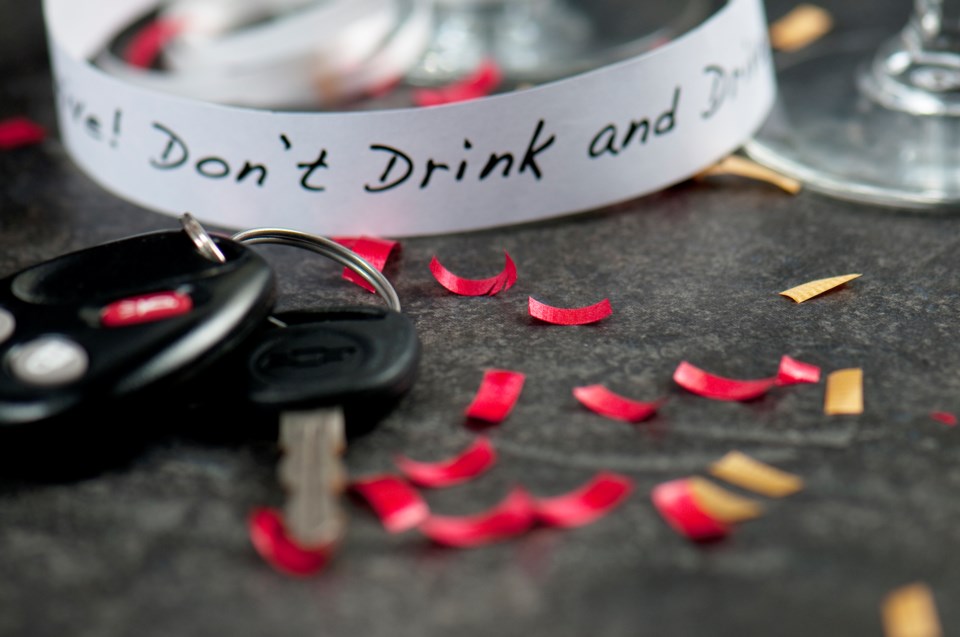 WESTLOCK - Starting today, Dec. 1, all first-time impaired drivers in Alberta will have their vehicle seized for 30 days, receive an immediate 15-month driver’s licence suspension and $1,000 fine and be required to complete mandatory impaired-driving education.

As well, they’ll no longer face a mandatory court date, or be charged with a Criminal Code offence, unless they’re a repeat offender, or were involved in a serious accident due to their impairment.

This is Phase 1 of the Immediate Roadside Sanctions (IRS) Program of the new Provincial Administrative Penalties Act (Bill 21), which the province says is intended to make roads safer, reduce the time it takes to enforce traffic and non-criminal impaired driving matters, free up court time for more serious criminal matters, and focus police time on the street rather than paperwork and courtrooms — the province says police can administer the whole process in under an hour.

Exclusions apply for repeat offenders or impaired driving that causes harm or death as those cases will still appear in front of a judge and carry Criminal Code charges and administrative penalties.

“Obviously we won’t know how things will go until Dec. 1.”

“If it helps get impaired drivers off the road, clears up the courts to deal with other matters and gets officers back on the streets faster that’s a good thing,” said Baird.

Previously, when an officer had reasonable grounds to believe a person had committed an impaired offence, they issued an administrative penalty called the Alberta Administrative Licence Suspension, an immediate 15-month driving suspension and seized the vehicle for three days.

Offenders were charged with impaired driving under the Criminal Code and were given a court date. Any fine or criminal record would only be imposed if they either pleaded or were found guilty at trial.

Under those rules, the driver was allowed to get behind the wheel after three months if they installed an ignition interlock device, while if they wanted to dispute the licence suspension they had to appear in person at a registry agent to file a notice of appeal with the Alberta Traffic Safety Board within 30 days, then appear before a panel.

Now, when an officer makes an arrest, the driver will be issued an administrative penalty called the IRS FAIL and the requisite fine and suspension. As before, they can drive again after three months if they install an ignition interlock device, while if they choose not to participate in IIP, their licence will remain suspended for the full term.

Handling of the fines, time to pay requests, sanction reviews, oral or written reviews, disputes, or any questions will be taken care of by an administrative adjudication branch via the SafeRoads Alberta Branch website. Oral reviews (phone or video) will be scheduled within 21 days of the request and written ones within 30 days.

Ultimately if the driver is unsatisfied by the review results, they can seek judicial review via the Court of Queens’s Bench.

The Westlock News contacted a handful of local lawyers for comment —one wanted a chance to digest the legislation, while the second did not reply by deadline.

An Edmonton lawyer though is speaking out on the change, calling it “some messed up law.” Ian Runkle details the changes in a 20-plus minute YouTube video posted Nov. 24, where he claims the government has created a process that presumes guilt. Unlike criminal matters, the burden of proof rests on the person requesting the review, not the Crown.

“It’s shocking what’s in there, frankly shocking. I hope that the courts, if this goes through, will overturn this. This is essentially trying to upend the traditions of justice and fair trials and the presumption of innocence,” said Runkle in the video.

Phase 2 of the bill is expected by the end of 2021 and will expand the adjudication branch’s role to all Traffic Safety Act contraventions, except those that result in bodily harm or death. Under Phase 3, which doesn’t have a timeline yet, the government wants to expand administrative adjudication to any area under provincial jurisdiction.

Regardless of the legislative changes, impaired driving remains an issue across the country as every day, on average, four Canadians are killed and 175 are injured in impairment-related crashes.

Locally, Baird hopes the strict COVID-19 measures recently announced by the province will curtail Christmas parties, which should cut down on drinking and driving. As always, his advice is simple — if you’ve been drinking, have a sober friend give you a ride home, call a cab or just stay the night.

“With the pandemic and the new restrictions, I’m hopeful we’ll see less impaired driving as people can’t have parties. Hopefully, everyone stays home and safe,” said Baird, noting the Traffic Division will be running checkstops throughout December.

“I think the message to not drink and drive is getting out especially for Christmastime and New Year’s, but it would be nice if that message could be expanded year-round.”