Justice minister says he recognizes frustrations of rural victims of crime
Jul 14, 2020 11:09 AM By: Chris Zwick 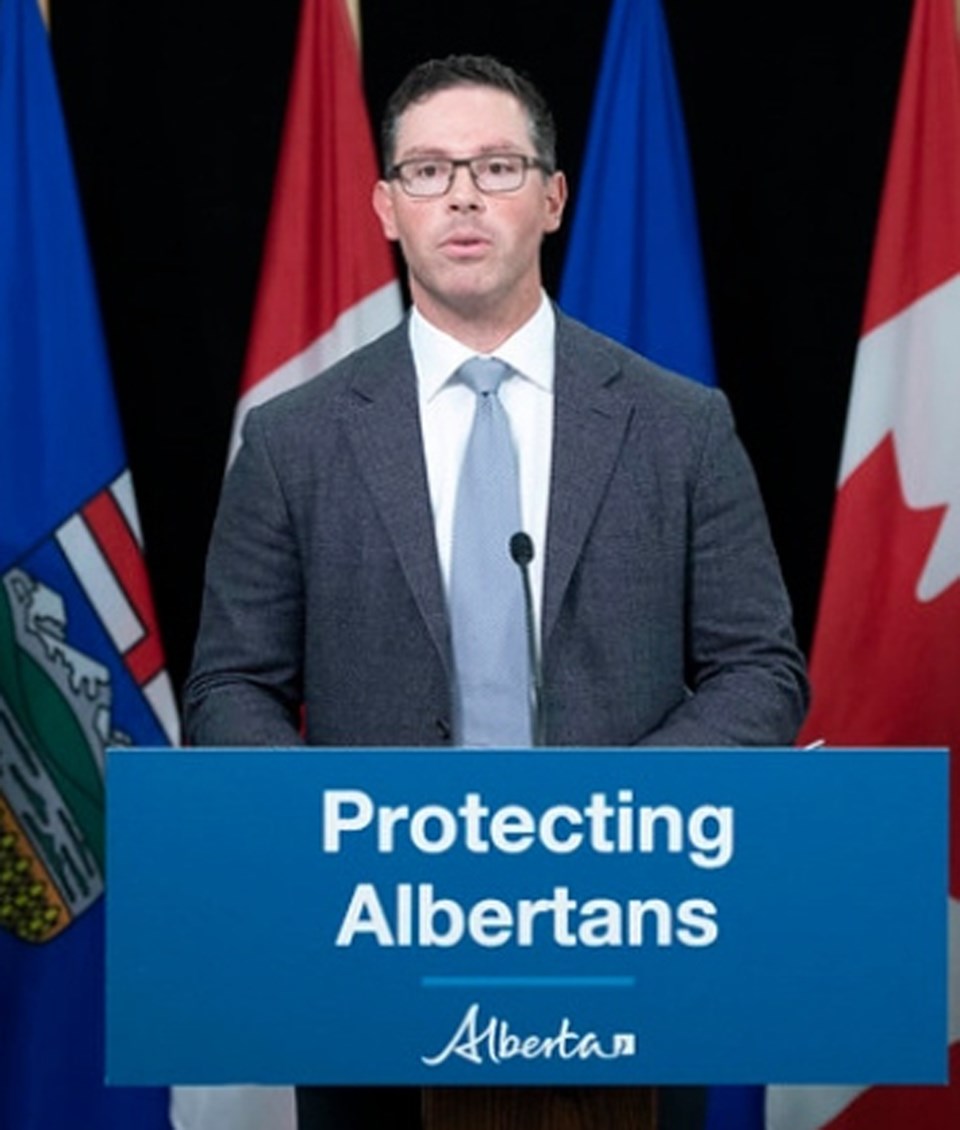 Alberta Justice Minister and Solicitor General Doug Schweitzer says there are many pieces in the puzzle and the province’s new rural crime strategy is progressing.  File

ATHABASCA - Last week’s announcement of additional resources in the form of 76 new police officers and 57 new civilian support staff for RCMP detachments around Alberta is just a small piece of the Alberta government’s strategy to address high crimes rates outside large, urban centers.

“There are lots of pieces to our strategy right now, particularly as it relates to rural crime. There’s many pieces to the puzzle,” Alberta’s Minister of Justice and Solicitor General Doug Schweitzer told the Athabasca Advocate in an interview last Wednesday.

The additional officers and staff are part of a promise to bring in 300 new officers and 200 more support positions in the next five years to help reduce the workload on officers in rural areas who have been dealing with increased property crime numbers.

The Athabasca RCMP Detachment is one of five in the Eastern Alberta District that will see an additional officer added to the local complement.

The $286 million investment includes money from rural municipalities and communities with less than 5,000 population, which were previously exempt from the funding model, which was changed late last year. Over the next five years, these municipalities will pay for 10 per cent of policing costs, as part of the new police funding model, and up to 30 per cent by 2025.

The funding model will also allow for the creation of the Rural Alberta Provincial Integrated Defence Force (RAPID Force) which aims for 400 enhanced positions with some additional training of sheriffs, fish and wildlife officers and commercial vehicle officers.

Schweitzer also pointed to the creation of an Alberta parole board, for sentences under two years, as another piece of the puzzle.

“A lot of the property offenses that are causing an immense amount of frustration in rural communities, a lot of the sentences for those crimes are under two years. So we heard loud and clear that people want to have more Alberta and less Ottawa in the justice system, and they want people who understand their communities to be appointed to the parole board,” he said, adding that community impact statements can also now be heard at sentencing to help explain to the judiciary at sentencing how these crimes are impacting communities, the mental health impact it has on these communities, and how people are living in fear in their homes now.

Alberta Justice is also planning on hiring 50 new prosecutors. As such the number of articling students has been doubled and Schweitzer expects up to 20 new prosecutors to be trained and brought forward to fill these roles and help alleviate the backlog of cases that only got worse with the onset of the coronavirus pandemic.

The minister said the province has also approached the federal government to amend the timelines set out in the Jordan decision, to take the pandemic into account when considering the amount f time taken to bring an accused to trial. The 2016 Supreme Court ruling sets a limit of 18 months between the laying of charges and the actual or anticipated end of a trial in provincial court.

Many urban courts opened their doors to public appearances July 7, but circuit courts, like those in Athabasca, Boyle, Barrhead and Westlock will likely re-open gradually this fall.

Video conferencing, said Schweitzer, has been going exceptionally well in the meantime.

“We actually have one of the highest functioning courts in the entire country right now. We’ve done a really good job of hearing emergency applications by video conference … We should have jury trials up and running this September, so everything is getting back on track,” he said.

“I think the adoption of technology by our courts, and the willingness of the judiciary to use technology is actually levelling the playing field or legal counsel and people accessing our courts in Alberta.”

With the recent scrutiny of police forces across North America and calls for systemic reform and to “defund the police,” Schweitzer said the ministry is taking a serious look at police oversight and police discipline in situations where there may be instances of police misconduct.

Defunding police sees some of the money used to fund law enforcement go towards strengthening social programs and hiring more social workers and addictions specialists, so police can focus on rural crime, for instance, and help those committing the crimes to stay out of the justice system altogether.

“I hear that people are just frustrated with the system as a whole, they don’t believe that it’s working, and there are lots of legitimate arguments there that the system needs improvement, and that’s one of the reasons why we are expediting our review of the Police Act,” said Schweitzer.

He also pointed out the government is the first to introduce an associate minister of mental health and addictions and that mental health funding in Alberta leads the country.

“We really are taking a balanced approach to this file and making sure that we listen to the issues of Albertans,” he said.

He also noted the expansion of drug treatment courts across the province that deal exclusively with those who find themselves in the justice system as a result of their involvement with drugs. Capacity has been double in Edmonton and Calgary and new drug treatment courts have also bee launched in Lethbridge and Red Deer, with hopes to expand even further in other areas of the province.