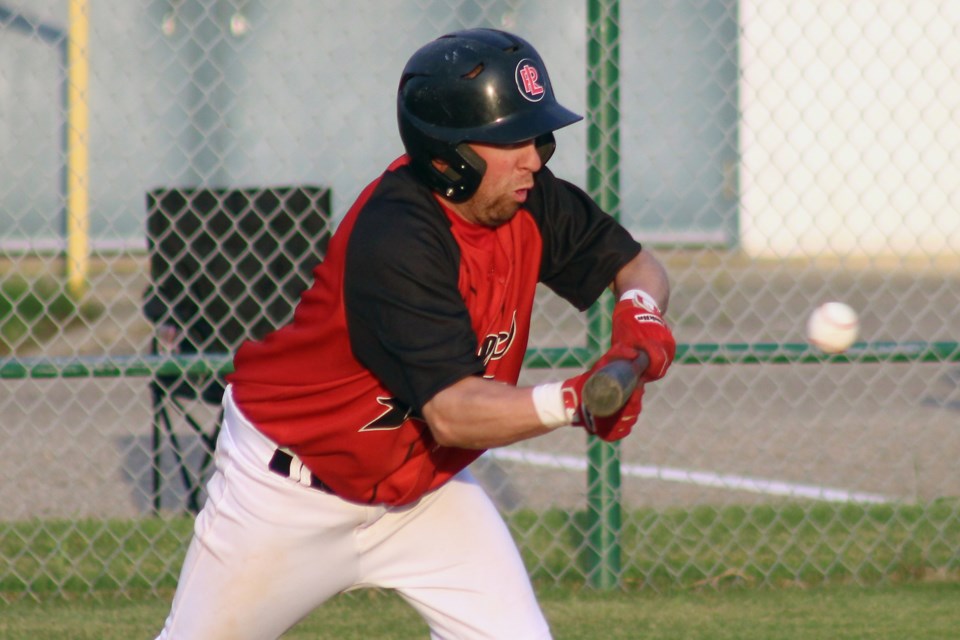 The Westlock Red Lions will open their NCABL season June 14 at Keller Field versus the Fort Saskatchewan Red. Game time is 7:15 p.m.

WESTLOCK – The Westlock Red Lions will look to avenge last season’s championship final sweep at the hands of the Sherwood Park Athletics and begin their quest for a 19th North Central Alberta Baseball League title June 14 at Keller Field versus the Fort Saskatchewan Reds.

The Monday-night contest between the Red Lions and Reds officially kicks off the NCABL season — a date league commissioner Paul Riopel says he’s especially looking forward to in light of the past COVID-19 year. Riopel noted that if the league didn’t open then, they would been looking to start in mid-July — as it stands the regular season wraps Aug. 13, while the post-season runs Aug. 19-29, barring rainouts.

“I’m so damn happy that I won’t have to have a special COVID-19 protocol that I would have to have had approved by all the municipalities in order to lease/rent those facilities,” said Riopel June 1, the day before the league announced the season start date.

“So it’s going to be back to normal, clear sailing … I mean unless there’s a regressive step and all of us are pulled back. But as of right now we’re proceeding with the premise that both targets of the government have been met, that is under 500 hospitalizations and a 60 per cent vaccination rate achieved. Now I’m a little bit nervous just the same because they’ve been known to waffle and slap it into reverse and then slap it back into second gear. But we had to move forward.”

Red Lions player/manager Chris Brand said they’re chomping at the bit and have already had a handful of practices — following the opening-night game, which starts at 7:15 p.m., the Red Lions travel to Fort Saskatchewan for a June 16 tilt.

Last year’s COVID-19-truncated season saw the Red Lions claim the NCABL pennant with a perfect 7-0-1 regular-season record followed by 2-1 playoff semifinal series victory over the scrappy Edmonton Primeaus. Brand said their goal is always to make the playoffs, which may be a little tougher this year due to some roster turnover.

“We’ve lost a few bodies this year, some important pieces, but we have some newcomers coming. To make it into the semifinals is always our No. 1 goal and then we just go from there,” said Brand June 2, the day after their third practice of the year.

“With the nice weather recently it’ll be nice to see people out and able to watch some good baseball.”

Riopel said the regular-season schedule was built around a “potential COVID obligation” meaning games were grouped with clubs. This year in addition to the Red Lions, Reds, Primeaus and As, the NCABL will include the St. Albert Cardinals, who were on hiatus last year, the Parkland Twins and the Edmonton Athletics. The league also announced the cancellation of the annual all-star game for the second time in as many seasons, partly due to the abbreviated season’s impact on player selections to the club.

“Rather than rebuild our whole flippin’ schedule again we decided just leave it this way so all the dates are firm and scheduled. It won’t be as beautifully balanced as it could be, but it’s workable,” said Riopel.