Small businesses in a fight for their lives 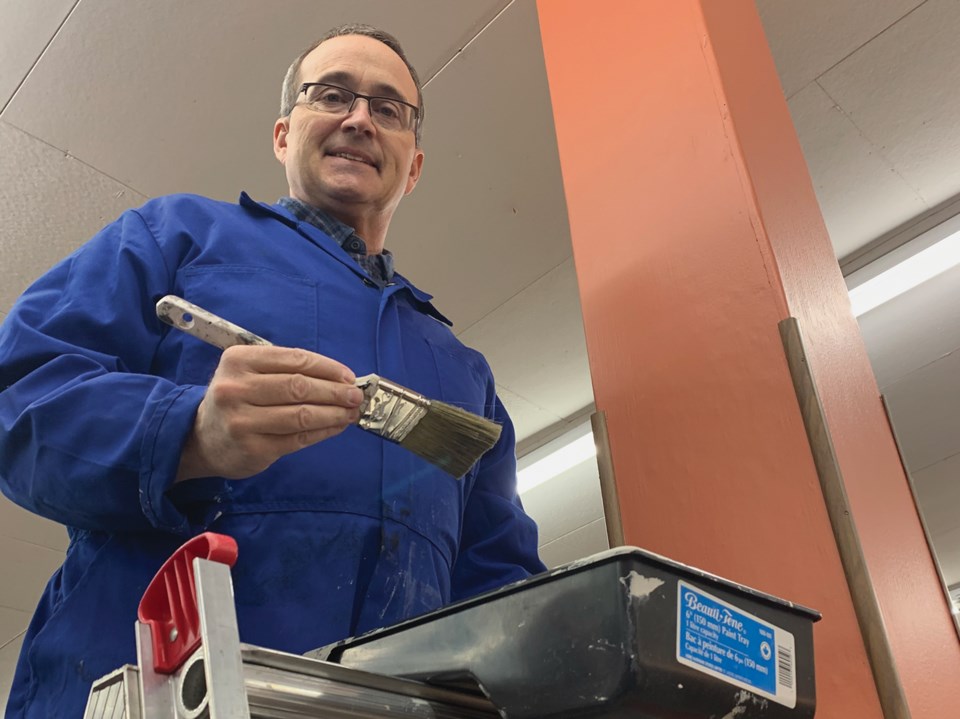 Arth’s Fashion Centre owner Todd Arth closed his business to foot traffic March 23, well in advance of the province closing all non-essential businesses March 27. With the extra time he’s been doing small renovations and painting the interior of his store. George Blais/T&C

WESTLOCK - Even before the economic devastation being wrought by the COVID-19 pandemic, being a small-town retailer in 2020 was no easy feat.

Todd Arth, owner of Arth’s Fashion Centre on Main Street Westlock, made that very point just over a month ago during a Westlock & District Chamber of Commerce meeting. Online shopping, specifically Amazon, combined with the continual creep of St. Albert’s northern border has wreaked havoc on many retailers throughout the Westlock region.

But with the economy essentially shut down due to COVID-19 and the province ordering all non-essential businesses to close March 27, the situation is dire.

“Retail businesses, especially in Alberta, were hurting before this pandemic. And we had already been making changes in our operation. We downsized our inventory and we were reorganizing before the pandemic. We were trying to run as efficiently as we possibly could and then this happened,” said Todd.

“We’re trying everything we can to figure out a way … I’ve got a store full of inventory and it’s all seasonal, right now we’re in spring mode. We’re just going to try our best to find a way to move it.”

Arth, with his massive selection of clothing, fabrics, giftware and luggage, is in many ways a throwback. The business has been a cornerstone of downtown since 1952 when it was founded as the A&M Store by Arth’s grandfather Frank and his partner Henry Michaud.

In 1968 Michaud was bought out by Todd’s father Dick and the cycle then repeated in 1989 when Todd and his brother Brad bought out Dick — Todd eventually went on to buy-out Brad in 1993.

Today, Todd’s son Colton is his right hand man: “The roles are reversing. It’s kind of like I’m working for him,” said Todd.

On Monday, March 23 Todd had already closed the store to foot traffic and laid off his staff, but was serving customers via the phone — he would allow them one at a time into the store to get what they needed. Now with the provincial ban, they can’t let people in the store, but may be able to deliver product — for more info visit www.arthsfashioncentre.ca or call 780-349-3757 or 780-349-3733.

“We’re still trying to do a little business when people call. I’m here 9 to 4 everyday — people still need stuff,” said Todd before the provincially-mandated shutdown. “We had some cases where health care people had no time and they needed shoes, so they came down and I opened the store. But if they were showing symptoms or anything they wouldn’t be allowed into the building.”

The only silver lining for Todd is that they now have a chance to work on some renovations.

“All we have is hope. If everybody self isolates and we can get this thing under control, the faster we can get back to work … it’s why we closed our doors Monday,” said Todd.

Just down the street from Arth’s is Tru Hardware. Owner Ali Jamaly was behind the register Wednesday as his two full-time and two part-timers took voluntary layoffs as they were concerned about their health.

In the case of Jamaly, his business is deemed essential by the province so it will remain open. Most folks were buying masks, cleaning supplies, heaters, pumps and, surprisingly, paint.

“And we’re selling some toys and games for kids too, but traffic is very slow. And people have been good and not crowding around,” said Jamaly.

But although he’s still open, Jamaly faces the same issue as Arth — lots of inventory.

“The goods are in, all the spring stuff is in, but there’s the payment of bills as we just don’t have the traffic. I’ve got freight coming today …

“I mean there are some positives, families are coming together, pollution is down, less fuel is being used and more people are going to church, online anways.”

NAPA, just down the block from Tru Hardware, has also been deemed essential by the province and remains open, albeit with reduced hours, 9 a.m. to 4 p.m., as owner Ryan Provencal is all by himself. He’s still getting some traffic — people need oil, windshield wipers and brake pads — although the volume is dramatically lower.

“I laid off my whole staff and they were like, ‘Are you OK?’ I feel like I’ve aged 20 years in a two-week span,” said Provencal.

He holds some hope for spring when the farmers get back into the field, although nothing is guaranteed.

“Farmers have to put a crop in, they have to. But can they get fertilizer, is that an issue yet? I don’t ever say never anymore because we just cancelled schools,” said Provencal. “But let’s not forget that there are some who still have crop to take off and some have had what, five bad years?”

Provencal also does a lot of business on account and he wonders what happens when those bills come due.

“What if people don’t pay their bills? It won’t take long before my doors are closed.”

Aside from his bottom line, there’s also going to be huge impact on community groups that rely on donations from businesses. Provencal has been a big supporter of the golf course and Thunderbirds in the past, but with revenues dwindling, cutting cheques for charities has to be curtailed.

“So many things in our town run on community support. But when I’m laying off staff how can I spend money on sponsorships?”

Jarvie store burns down
Jun 1, 2020 2:31 PM
Comments
We welcome your feedback and encourage you to share your thoughts. We ask that you be respectful of others and their points of view, refrain from personal attacks and stay on topic. To learn about our commenting policies and how we moderate, please read our Community Guidelines.