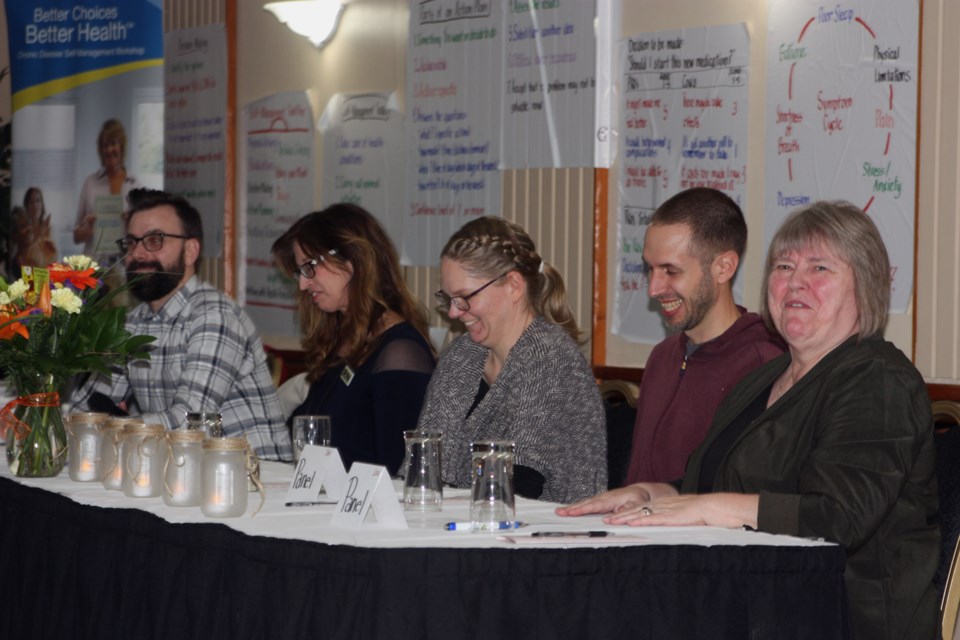 WESTLOCK - The ability to recover from difficulties or drastic changes and adapt in the face of adversity, trauma and tragedy and bounce back with strength is easier for some than others, but we all have our own coping mechanisms and that resiliency is what gets us through each day.

Resiliency was the theme of the day at the sixth-annual Community Women’s Symposium, held at the Westlock Inn March 9. Organized by Hope Resource Centre executive director Sylvia Yoder, it was a half-day of speakers and stories from a lot of different perspectives that all focused on the resilient nature of people as they make their way through life. For the first time in its six years, men were also welcomed to sit in and there were even two that took part in the panel, later in the day.

“It was a room full of people that were excited to be there, and it was filled. We had over 140 registrations,” said Yoder. “It was really, really good and this year was definitely a little bit of a risk because I took a couple of different steps and now people are stopping me in the street.”

The morning opened with comments from Yoder and Westlock mayor Ralph Leriger, which was followed by a presentation from four members of the Girls Leading Others Wisely (GLOW) group, asking ‘What is your superpower?’

“They absolutely did what was intended … The resilience that I saw and heard, they were very courageous. They did their thing and shared very articulately, and very profoundly,” said Yoder. “They set the tone for the day and people paid attention and were profoundly impacted by the wisdom that came out of those four little mouths.”

Dalerie Felstad, with Alberta Health Services was the keynote speaker for the event and delivered an interactive presentation called ‘The Resilience Zone.’

“She really tried to get people to tap into where to identify their resilience, how to build on that resilience and what to do to increase that resilience,” said Yoder. “She has a very disarming, approachable and authentic way of connecting with people, and she did, really, really successfully.”

Felstad was also on the five-member panel which also included R.F. Staples School counsellor Maurice St. Denis, continuing care first-floor manager Kim Kramer, along with husband Jon Kramer, a marriage commissioner and local high school football coach. Westlock County reeve Lou Hall rounded out the panel, which was asked to share their thoughts on their personal interpretations of resiliency, their inspirations and their own superpowers.

Yoder noted that she received only positive feedback from attendees on the inclusion of the men at the symposium, but it was a perspective that was appreciated and didn’t differ all that much from those of the women.

Handheld testing devices for COVID-19 aimed at rural and remote communities
Apr 1, 2020 6:21 AM
Comments
We welcome your feedback and encourage you to share your thoughts on this story. We ask that you be respectful of others and their points of view, refrain from personal attacks and stay on topic. To learn about our commenting policies and how we moderate, please read our Community Guidelines.