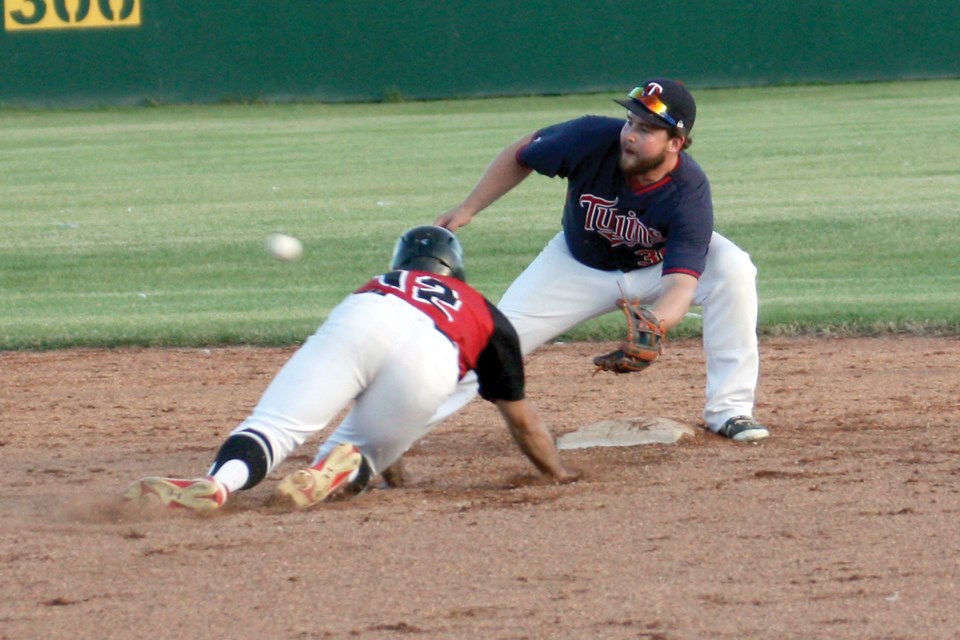 There’ll be a small $5 gate fee in place for the series for anyone 13 years of age or older — kids 12 and under get in for free.

“It would be nice to see some home fans come out and watch. It will be an exciting day of baseball.”

“Their core has been the same for the past number of years so there’ll be no surprises,” said Brand.

The other semifinal series sees the Sherwood Park Athletics, with a 6-2 record, square off versus the Parkland Twins, who went 4-3-1 — games 1 and 2 go in Sherwood Park Sept. 13, while a third game, if needed, will be hosted Sept. 15 by the Twins.

The winners of the semifinal series will battle in a best-of-three for the league title Sept. 19 at the home of the club with the best regular-season record — games 1 and 2 go at 1 and 4 p.m. and Game 3, if necessary, will be held the following day at the same park at 2 p.m.