Top curlers are on their way to Westlock 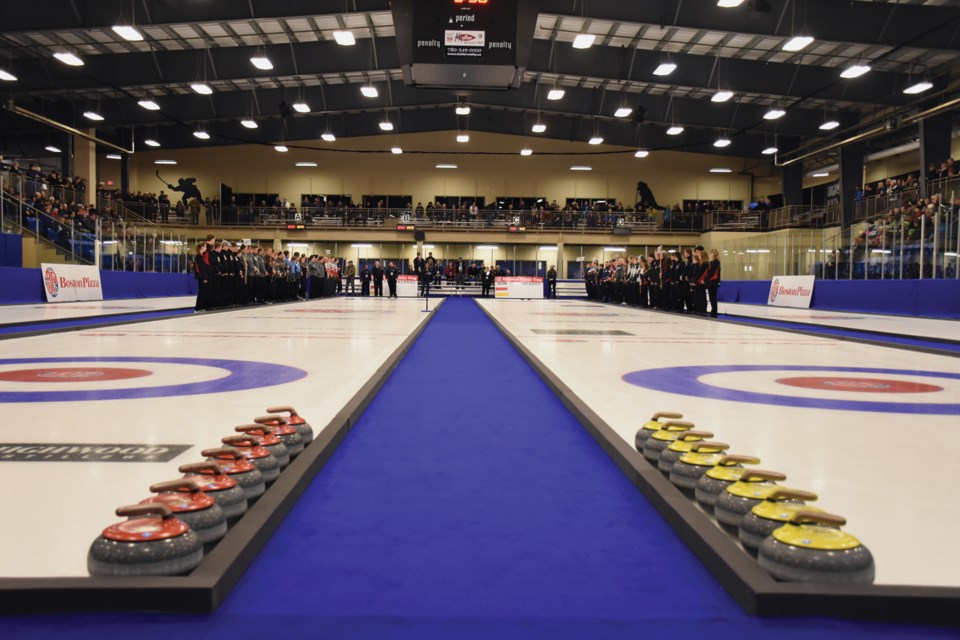 The BP Cup returns to Westlock next week, running Feb. 5-9 to at the Rotary Spirit Centre.

WESTLOCK - The hard work and dedication of Westlock curling community will soon pay off in spades as the 2020 Boston Pizza Cup is now only days away.

The rinks are set, so we know the 12 teams that will make their way to Westlock for the Feb. 5-9 provincial men’s curling championship which will decide who gets to represent Alberta at the Tim Horton’s Brier in Kingston, Ont. during the first week of March.

“They’ll be starting to roll in the door soon. We start making ice on Friday the 31st,” said Stephane Gervais, chair of the BP Cup organizing committee.

The volunteers know their roles and the tickets have been selling at a constant pace. It’s just a matter of once again converting the smooth ice surface at the Rotary Spirit Centre to four sheets of pebbled perfection.

Certified curling ice makers are brought in for high-calibre events like this, said Gervais.

Bleachers and walkways and draping and blue carpet will also be put in place to transform the arena into a world class curling facility, before the first match and the opening ceremonies on Wednesday.

The last time Westlock hosted the BP Cup in 2017, the rink led by Sherwood Park’s Brendan Bottcher won the championship. They will be returning to the Spirit Centre to try to claim another, but 11 other teams stand in their way.

“The Bottcher team is probably the favourite going into it,” said Gervais.

“Ted Appelman is also coming back and he’s been in at the last 17 or 18 provincials. He lost in the finals to (Kevin) Koe last year. That’s just a high end team. There’s also a few up-and-comers that are doing quite well too. We have some teams that could be the best in the world.”

Bottcher and Appelman are joined by Karsten Sturmay’s Leduc rink, Calgary’s Jeremy Harty rink, the James Pahl rink, out of Edmonton, and Aaron Sluchinski’s rink out of Airdrie will all be vying for the provincial crown.

The Robert Johnson rink, out of Calgary, Daylan Vavrek’s rink out of Sexsmith, Edmonton’s Kevin Park rink, the Jacob Libbus rink from Turner Valley, along with Evan Van Amsterdam’s team out of Edmonton and the Scott Webb team from Peace River will all showcase their skills for what is expected to be a large turnout of diehard curling fans.

Gervais also noted the tournament will be taking on a different format from previous years, opting for pool play and a round-robin portion, where the best teams in each pool face each other in the playoffs. Draw 1 takes place at noon on Feb. 5, followed by the opening ceremonies at 5 p.m.

Tickets are still available at 2020bostonpizzacup.com.

Auto parts pro now a golf pro
Sep 15, 2020 2:30 PM
Comments
We welcome your feedback and encourage you to share your thoughts. We ask that you be respectful of others and their points of view, refrain from personal attacks and stay on topic. To learn about our commenting policies and how we moderate, please read our Community Guidelines.