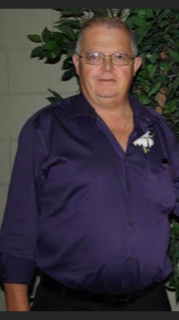 LAWSON, Terrence Robert
August 28th, 1948 -  March 10th, 2020
It is with great sadness that the family of Terrence Robert Lawson (Terry) announces his passing on March 10, 2020 after a long and courageous battle with cancer. Terry was predeceased by his wife of 38 years Lorraine Lawson in 2010, his mother Lillian Lawson in 2006, and his father Ivan Lawson in 1993. Terry is survived by and will be greatly missed by his wife Barbara Lawson of Calgary, AB, and his family: son Richard (Maureen) of Winnipeg, MB and grandkids Jillian (Geremie), Jodelle, Rylan, and Teron; son Richmond (Jodi) of Winnipeg, MB and grandkids Jason, Jordan, Nikita (JP), Jesse, and Randee; daughter Kim (Tim) of Morden, MB and grandkids Taggart, Levi, and Jayne; daughter Debbie (Graham) of Winnipeg, MB and grandkids Zander, Mia, and Lucas; daughter Robbie of Brandon, MB and grandkids Shelby, Kora, and Spencer; son Bradley of Westlock, AB and grandkids Quinton, Haden, and Degan; stepdaughter Karen of Calgary, AB; two great-grandkids Bella and Asher; sisters Noreen of Strathmore, AB, Winnifred "Fred" (Greg) of Carstairs, AB, Karen Ann (Earl) of Sanford, MB, and Ivy (Larry) of Winnipeg, MB; aunt Ester of Killarny, MB; and numerous nieces and nephews. Terry will also be missed by his many friends and co-workers.  He spent most of his years working for John Deere Dealers, first as a heavy equipment mechanic and then as a service manager in Killarney, MB and then Athabasca, AB. After his move to Calgary, AB, Terry went to work for Cervus Equipment as a parts technician where he was still employed when he passed. Terry was also a volunteer firefighter for 7 years in Killarney, MB, and for 9 years in Athabasca, AB where he also took his EMT training. He retired from firefighting as a fire chief when he moved to Calgary. He loved being a firefighter and missed it until the day he passed. In lieu of flowers, please make a donation to the Canadian Cancer Society. To view, share photos, condolences and stories, please visit www.choicememorial.com

ABRAMS Dorothy
Mar 20, 2020 9:02 AM
THOMPSON Winnifred Jean
Mar 20, 2020 9:01 AM
Comments
We welcome your feedback and encourage you to share your thoughts on this story. We ask that you be respectful of others and their points of view, refrain from personal attacks and stay on topic. To learn about our commenting policies and how we moderate, please read our Community Guidelines.