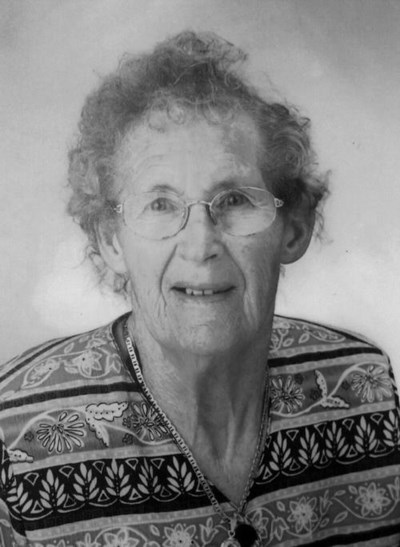 She will be dearly missed and lovingly remembered by her devoted husband Jack.

Ina was born & raised in the Netherlands. In her mid-20’s she spent a few enjoyable years working in Switzerland. In 1960, she and Jack were married in The Netherlands and at the age of twenty-eight, she emigrated to Canada. They were married for 60 years. They farmed together and raised their family in BC and Alberta, and then retired to Oliver in 1996. Ina enjoyed nature, music, reading, her neighbours, traveling, and a good game with her family. She had a deep faith in God and enjoyed being involved in Church and community activities. She was a woman of courage, grace, and strength. Ina was a beloved wife, mother, and Oma.

A Memorial service at Valley Congregational Church will be announced at a later date. Donations gratefully accepted to the charity of one’s choice.

Condolences and tributes may be directed to the family by visiting www.nunes-pottinger.com.

HUNTER, LEONA
Sep 22, 2020 12:00 AM
Comments
We welcome your feedback and encourage you to share your thoughts. We ask that you be respectful of others and their points of view, refrain from personal attacks and stay on topic. To learn about our commenting policies and how we moderate, please read our Community Guidelines.