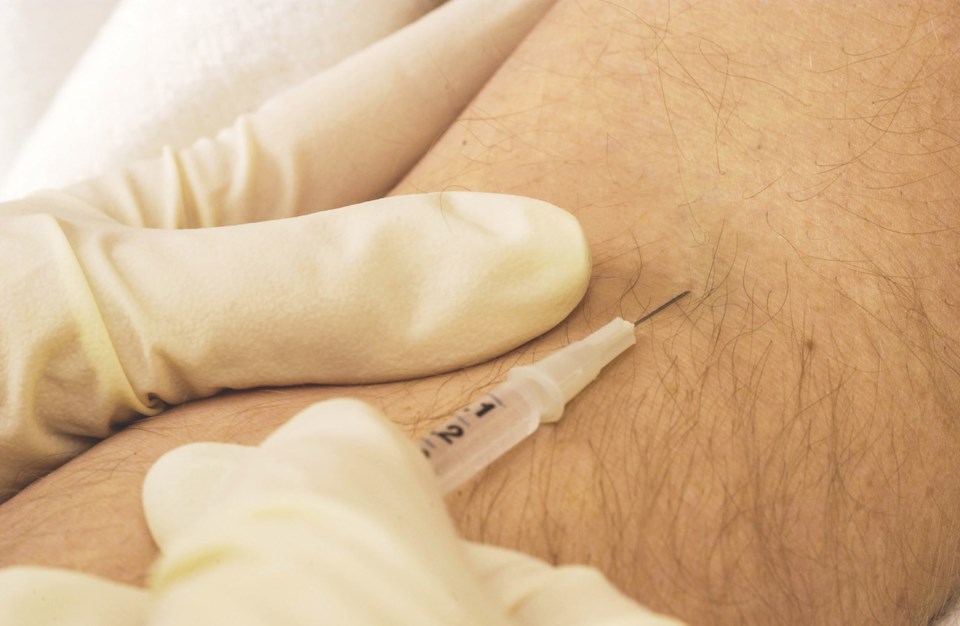 Hepatitis C can cause liver damage that people may not be aware of. Ask your doctor if you should be concerned. Photo: Metro Creative Connection

It’s a shame when you are slowly dying from a disease you don’t know you have.  To boot, what a tragedy if there is a cure.  Yet this ignorance is a reality for many aging boomers who don’t know that they are infected with the hepatitis C virus.

Anyone can contract hepatitis C.  Infection occurs through transmission of tainted blood.  It’s rare to be infected today through the healthcare system, as we’ve gotten much better at screening blood products and sterilizing medical equipment.  Today, it is likely the reuse of injection needles by users of street drugs that leads to infection.  Some people become infected from getting tattoos or piercings with poorly sterilized equipment.  But for baby-boomers, born between 1945 and 1965, it’s believed that hepatitis C was transmitted long ago through contact with contaminated blood, before robust infection controls were in place.  About 75 percent of North Americans carrying the virus are baby boomers.  Estimates suggest that 250,000 Canadians and about 3 million Americans are infected.

A good many of them don’t know it.  Just like a thick fog, hepatitis C is eerily silent.  It innocuously takes its toll on your liver.

Our bodies are designed to fight foreign invaders.  For example, when a misstep leads to a splinter in your foot, your immune system kicks into action.  Your body targets a range of immune system cells to the injury, and redness and swelling are signs that the battle to overcome invading bacteria has begun.  In the case of hepatitis C infection, the virus finds a home in the liver, reproducing faster than the body’s immune cell fighters can beat it.  The result is a perpetual state of inflammation in the liver.  The battle also results in a gradual death of liver cells, which in turn causes fibrosis or scarring.  Fibrosis itself isn’t a problem.  But in time, functionality of the liver becomes so impaired that there isn’t enough blood flow for the liver to do its work.

Only after substantial damage is done do symptoms start to appear: Fatigue, easy bruising, jaundiced eyes, swelling in the legs, dark-coloured urine--these are some of the signs that all is not well.

The good news is that hepatitis C can be detected through a series of tests.  And it can be treated.  Over the past decade, advances in direct-acting antivirals (DAAs) have led to highly effective treatments lasting between 2 and 5 months.  The only catch is in the cost of the medications, and coast to coast there are different rules about who qualifies for coverage.  Generally, coverage is extended only to those with advanced severity of liver disease.  For everyone else, the price of the drugs may outweigh the cost of monitoring the progression of the disease carefully.

But how do you know you have these options if you don’t even know you have the problem?  The best advice is to talk with your doctor about your likely risk factors.  Did you receive a blood transfusion prior to 1990?  Do you, or did you, inject drugs with used needles?  Have you resided in countries where hepatitis C is a problem (e.g. India, Pakistan, Vietnam, Egypt, even southern Italy) and received medical care or vaccinations?  Have you shared a razor, nail clippers or toothbrush with an infected person?

If concerns are high or if symptoms are present, then have tests done.  Either that or run the risk of blissful ignorance while your liver takes the toll.

Joseph Conrad wrote, “It is not the clear-sighted who rule the world. Great achievements are accomplished in a blessed, warm fog.”  Let’s hope that is the case for those with hepatitis C who go undiagnosed.