Brewhouse on tap for river front 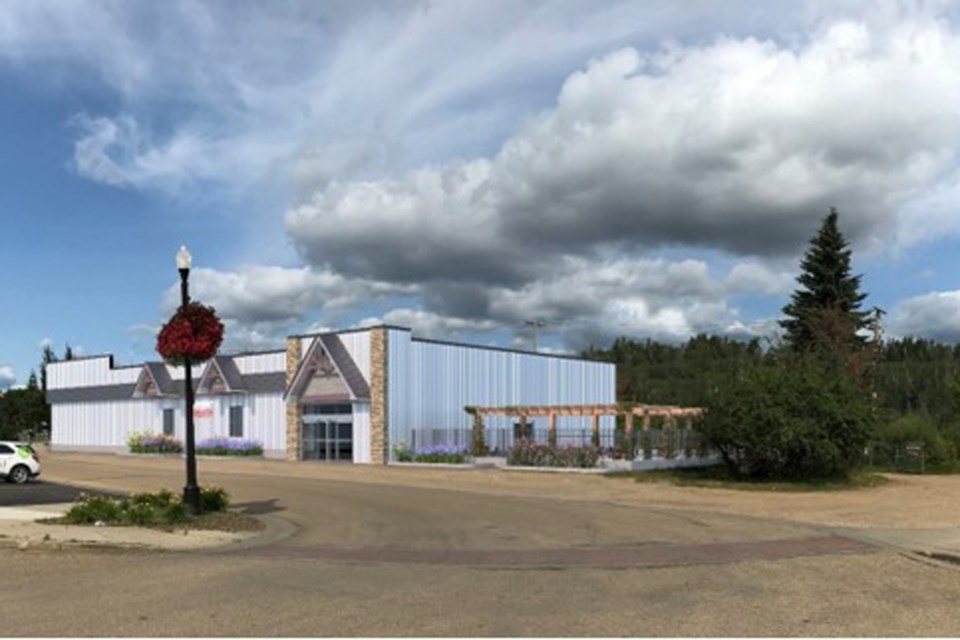 A concept drawing of what the proposed Old Man Winter Brewhouse will look like after tearing down the east end of the old Home Hardware building in Athabasca. Dennis MacNeil got approval Oct. 8 from Athabasca town council for rezoning the property and to demolish part of the building. He plans to be open for business October 2021. Submitted

ATHABASCA – Since the beginning of 2019, the old Home Hardware building at 5001-51 Ave. has been vacant, but there may soon be new life along the river front after two development permits were passed by Athabasca town council at its Oct. 6 meeting.

In a presentation initially made to the Riverfront Design Committee, which recommended the approval of the permits, developer Dennis MacNeil told council the plan is to take down the east end of the building to create a patio area and renovate both inside and out to accommodate a new brewhouse called the Old Man Winter Brewhouse, which will include a brewery, a sales area, as well as indoor seating so patrons can enjoy a simple meal or snack with their beverage any time of year.

“Imagine in the summertime, just sitting out on the patio, watching the river go and having a nice cold one,” MacNeil said. “And it's not a Coors Light; it's an IPA (India Pale Ale) or it's a double (brew), triple (brew) or whatever … but it’s locally brewed.”

The concept would include salvaging timber from the east-end demolition then making the front look similar to the nearby train station to maintain the theme of the area buildings.

“What we're proposing is that we would try and rescue as many of the timbers as we possibly could to use inside the building to be part of the brewhouse itself,” said MacNeil.

He added he spoke with tourism and economic development (TED) coordinator Luke Pantin, and has toured several distilleries, breweries and brewhouses including West of the Fifth in Barrhead to get ideas like allowing customers to purchase wine and beer kits and having a stage for open mic nights or other events.

“They would brew their beer or their wine, or whatever it happens to be, it would go in the locker and when it's time to bottle it, we would call them and they would come back in and bottle it with us, so it's kind of an educational thing as well,” he said.

Naming the products would centre around historical connections to the Athabasca region, MacNeil explained.

"The branding would be based on historical events, characters, street names, and so on,” he said. "Again, it's about building this relationship and the relationship not just with patrons, but with the town itself."

Council unanimously passed both resolutions; the first to allow for a change of use and the second allowing for the partial demolition.

MacNeil said he plans to have the Old Man Winter Brewhouse open for business by October 2021.