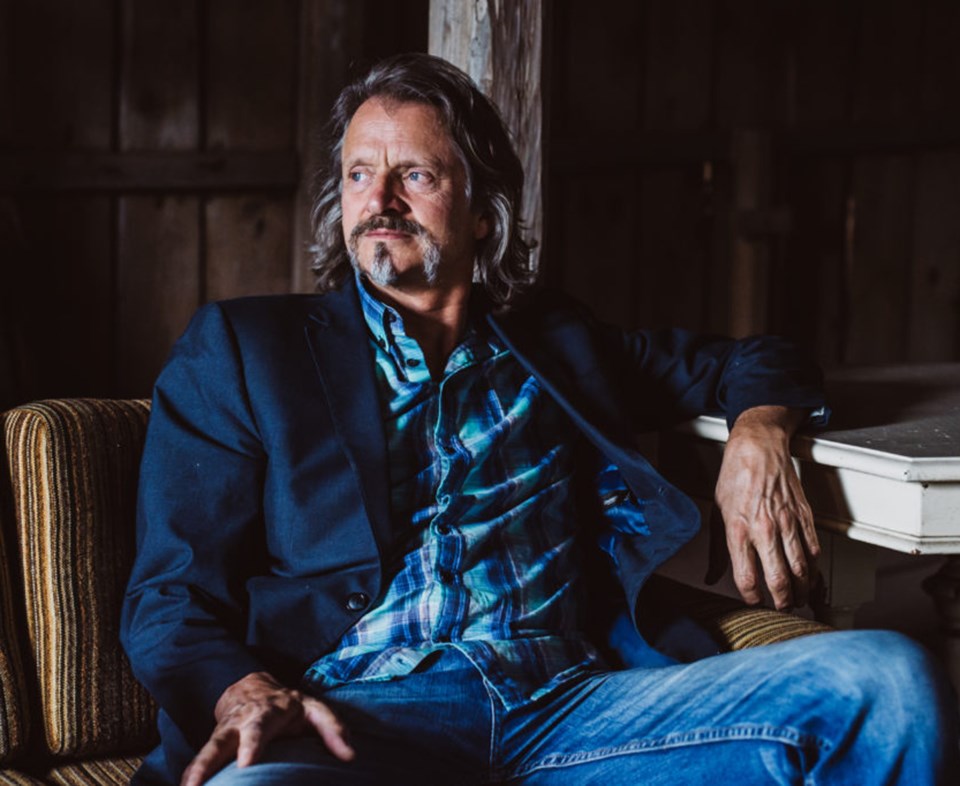 ATHABASCA - The 2020 spring season of Heartwood Folk Club performances being this month.

“We do not acknowledge winter or summer, just spring and fall,” artistic director Peter Opryshko said. “Our first performer, Ray “Chopper” Cooper, will perform Jan. 25 at the Nancy Appleby Theatre.”

According to the biography on his website, the British-born performer has lived in Sweden since 2000, and was a member of Oysterband from 1998 until 2013 where he played bass guitar, cello, mandolin, harmonium, harmonica, piano, organ, the Mbira, acoustic guitar, the Finnish kantele, and sang harmonies. He left the band in 2013 to pursue a solo career.

“I remember him from his time with Oysterband,” Opryshko said. “Chopper was with the band the first couple of times they were here, but this is the first time performing in Athabasca as a solo artist.”

The next group set to perform is Dervish, a traditional folk music group originally from County Sligo in Ireland.

“They will be on the stage March 12,” Opryshko continued. “It will be their first time here, and we can expect some emotional and rocking Irish music during this performance.”

According to Dervish’s website, they’ve been performing their music around the world for the past 25 years and have been described by the BBC as “an icon of Irish music.” The groups also have been on the same bill as well-known artists such as James Brown, Neil Young, Sting and Iron Maiden.

The next artist, Calgary-based country singer Tim Hus, is set to perform March 21.

“He’s spent much of his career performing as a tribute artist for Stompin’ Tom Connors, but his performance will be all his own material,” Opryshko said. “He’s been here on a couple of times with the club in the past, and he’s always put on an amazing show. I’m sure he’ll also be putting a couple of Stompin’ Tom songs into his performance.”

The final show of the season takes place May 1, with Latin musician Cristian de la Luna.

“He’s originally from Columbia, but he’s now a transplanted Albertan,” Opryshko added. “He’ll be performing some of his songs in English, while some will likely be in Spanish. It will also be his first time performing up in Athabasca.”

According to a description of him at the Confederation Centre of the Arts website, de la Luna often “writes festive Colombian music inspired by the harsh realities of exile from his homeland and adaptation in a new country.”

He said tickets can be purchased by giving members of the Heartwood Folk Club a call. Tickets can also be bought by going to Athabasca Value Drug Mart, or at Whispering Hills Fuels. Season tickets are $99 dollars for adults and $90 for youth ages 13-7 or senior 65 and over. At the door, each ticket costs $31 for adults or $27 for youth and seniors.

“Children under 12 always get in for free,” Opryshko said.

Also this year the club is partnering with the Rochester and District Agricultural Society to put on the Robert Burns Celebration Dinner and Show Feb. 8 at the Rochester Community Hall.

“It’s also going to be a great performance as well.”

The event will feature Scottish dancers, the Scottish Shoppe, as well as a performance by Celtic Fusion Illusion.

Navigating misinformation online
Oct 18, 2020 11:41 AM
Comments
We welcome your feedback and encourage you to share your thoughts. We ask that you be respectful of others and their points of view, refrain from personal attacks and stay on topic. To learn about our commenting policies and how we moderate, please read our Community Guidelines.