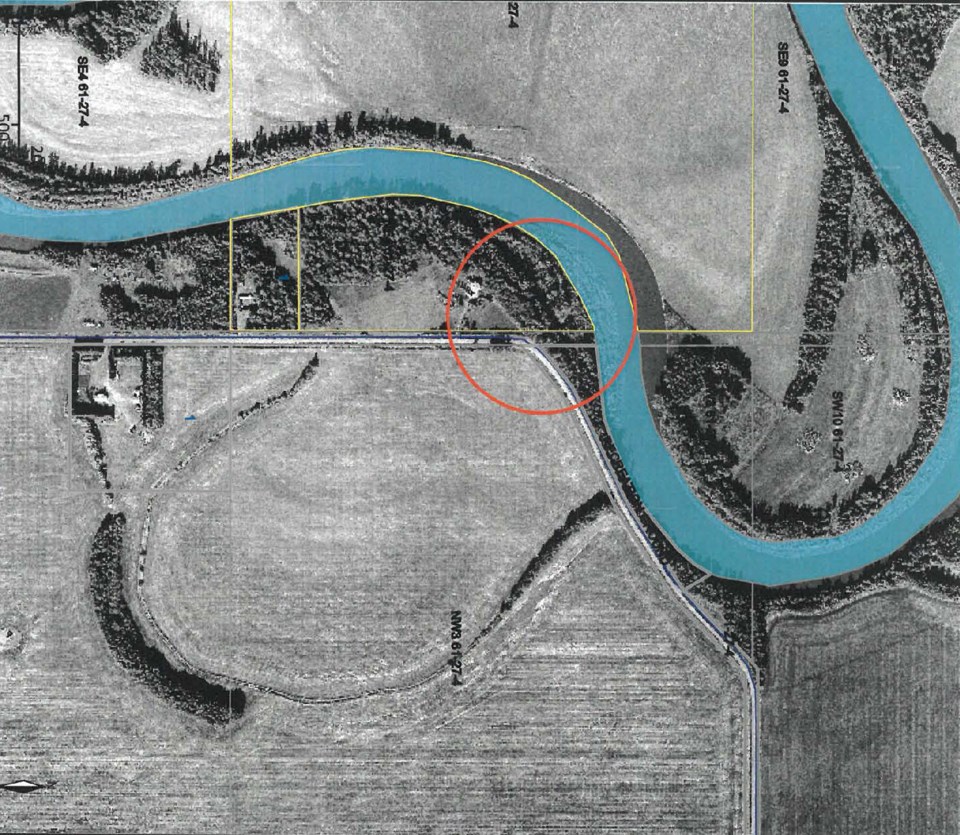 The relative location of the road to Antonson's Beach according to Westlock County documents. They were presented to council July 16, 2019 when Brad Turner first put in an application to close the road and purchase the land.

WESTLOCK—The new owners of a property adjacent to the road that Westlock County residents use to access Antonson’s Beach want to see it shut.

Brad Turner, who bought the property in 2019, made his case in a governance and priorities meeting of council July 14, claiming that beachgoers leave cars parked on their property and ATVs run on their lands. The trash people leave behind is also a problem.

“We found we were picking up clothing and even feminine personal hygiene (products). We experienced vehicles parking across the road, RV parking alongside the road, people were coming in by automobiles. … At times, our driveway had vehicles blocking it,” Turner said.

Their attempts to speak directly with neighbours and beachgoers “didn’t go so well,” he said.

Some of these details they also included in a July 2019 request to purchase the road allowance, so this isn’t new to council either. Because councillors were concerned people had no other alternative to access the beach—and they have their own plans to develop recreational grounds on land they own nearby—they denied Turner’s request at the time.

When they bought the property, Turner said, the county made them aware of the flood zone and pertaining regulation, but not that the road was used to access a relatively popular “party location.” It’s a matter of public record, he added.

Liability is also a problem for Turner. He says his insurers advised him that if anything were to occur on his property, he would be responsible. It’s also possible, he says, that some of the people who entered the wooded areas of the property were drunk.

They’ve made some changes, added fencing and signs, but “continue to have public confrontation.”

Some Westlock County signage that had to do with floating on the Pembina River used to be on their property. Turner says it was only with assistance from Alberta Environment and Parks that he was able to convince the county to remove them since they didn’t believe the trail he was referring to was actually on his property.

He understands people’s confusion, he said, about accessing Antonson’s Beach.

“Previous representation by the county led people to believe that those areas were in fact public, although they were not,” Turner said.

“We do not in any manner represent that Westlock has no right to build a safe and reasonable recreation site that encompasses and provides access to all amenities including land, riverbed and water,” wrote Turner in a presentation.

“We state the (road allowance) presents a liability and is unsafe and a nuisance as is.”

As for the recreational area itself, Turner says that it’s to their benefit for the county to properly develop and monitor it. They just want to end the use of the particular road allowance that people have been historically using to access Antonson’s Beach.

“There’s no reason for people to be on our property.”