Curling rink roof repairs are one step closer to starting 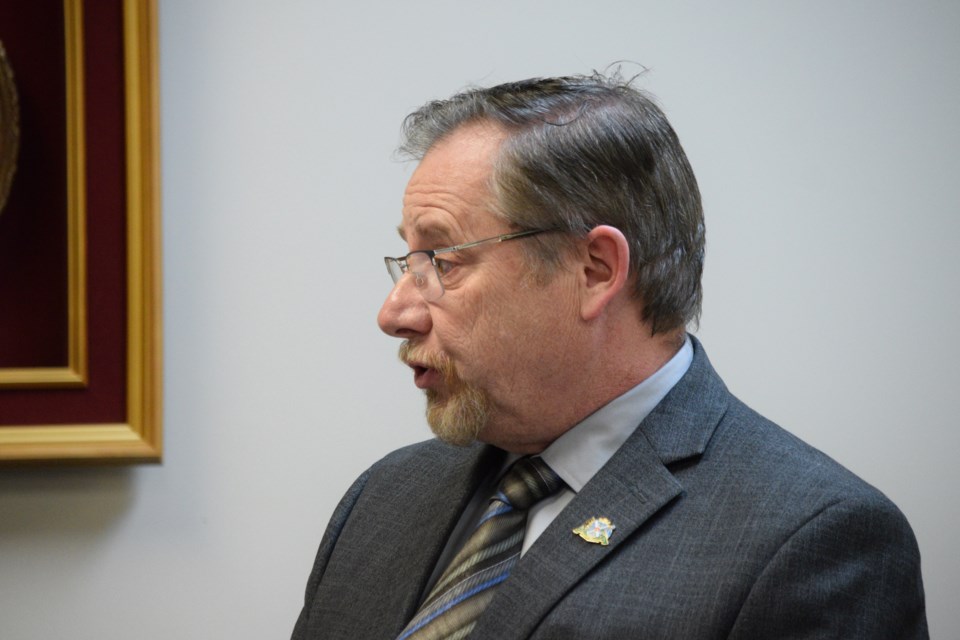 Parks and recreation director Shallon Touet said the repairs of the curling rink, once completed, would be good for the life of the building, which is approximately another 35 years. Barry Kerton/BL

BARRHEAD - For the first time in four years, curlers at the Barrhead Curling Rink should be able to start their season without plastic sheeting as long as repairs go as planned.

During their March 10 meeting Town of Barrhead councillors accepted a bid from Jen-Col Construction Ltd. to replace the roof and complete mechanical repairs to the tune of $531,183, excluding GST.

It should be noted that the amount includes a $45,608 contingency fund as well as $29,500 in engineering services.

Funding for the project will come from the Municipal Sustainability Initiative (MSI) grant.

The Municipal Sustainability Initiative (MSI) was introduced by the province in 2007 as a way to help municipalities fund local infrastructure projects.

The repairs to the curling rink were identified as necessary by a report the municipality commissioned done by Associated Engineering to determine the health of the structure in August 2019. The report identified upwards of $750,000 in repairs and upgrades, the most pressing being the replacement of the roof and a new make-up air system and an exhaust fan.

“With that in mind, in consultation with our engineers, prepared a tender package,” he said.

Two bids were received, the aforementioned bid from Jen-Col Construction Ltd and one from Whitson Contracting Ltd. whose bid came in at $721,617.

Besides the tender to the roof over the ice rink and mechanical rooms, which Associated Engineering identified as high priority items, they also asked for an additional quote to replace the roof over the lounge and ice plant room.

With the optional work included the construction portion of the bid, excluding contingency and engineering fees or GST, for Jen-Col Construction increased to $577,711. Whitson Construction’s bid jumped to $890,450.

LeBlanc said Associated Engineering indicated that the roof over the lounge and ice plant room has another 10 to 15 years before it needs to be replaced.

Coun. Don Smith asked what the projected start and completion date for the work.

Parks and recreation director Shallon Touet said the projected start date is April 7 and it is estimated it would be completed by June 23.

Coun. Dausen Kluin asked it Jen-Col Construction was a “reputable” company, saying he wasn’t familiar with them.

LeBlanc said as part of the bid, the companies had to supply several documents including Consent of Surety, Bid Bond, and Certificate of Insurance, among others and that Associate Engineering is confident the firm can do the job.

Kluin then asked what was the lifespan of the renovations.

“The building has the life of another 35 years and this should take us right to the end of that,” Touet said.

Coun. Ty Assaf was concerned about the optional work and asked if the lifespan of the rest of the roof was documented.

Coun. Rod Klumph, who recently was in the building when he competed in the Barrhead Curling Club’s men’s bonspiel said he was excited at the prospect of playing in the building that wasn’t draped with plastic.

“Our amenities are important,” he said, adding when people are looking for a community to relocate to one of the factors that can tip the balance in favour of a community is recreational activities. “And this is something our residents can use in the winter which is important considering our climate.”

As a preventive measure of moisture dripping onto the ice surface, public works installed clear plastic sheeting underneath the ceiling.

The problem of condensation dripping onto the ice surface cropped up in the fall of 2016. At the time the curling club believed at least in part, was due to the construction of the aquatic centre.

Town of Westlock waives utility penalty fees due to COVID-19
Apr 1, 2020 10:53 AM
Comments
We welcome your feedback and encourage you to share your thoughts on this story. We ask that you be respectful of others and their points of view, refrain from personal attacks and stay on topic. To learn about our commenting policies and how we moderate, please read our Community Guidelines.