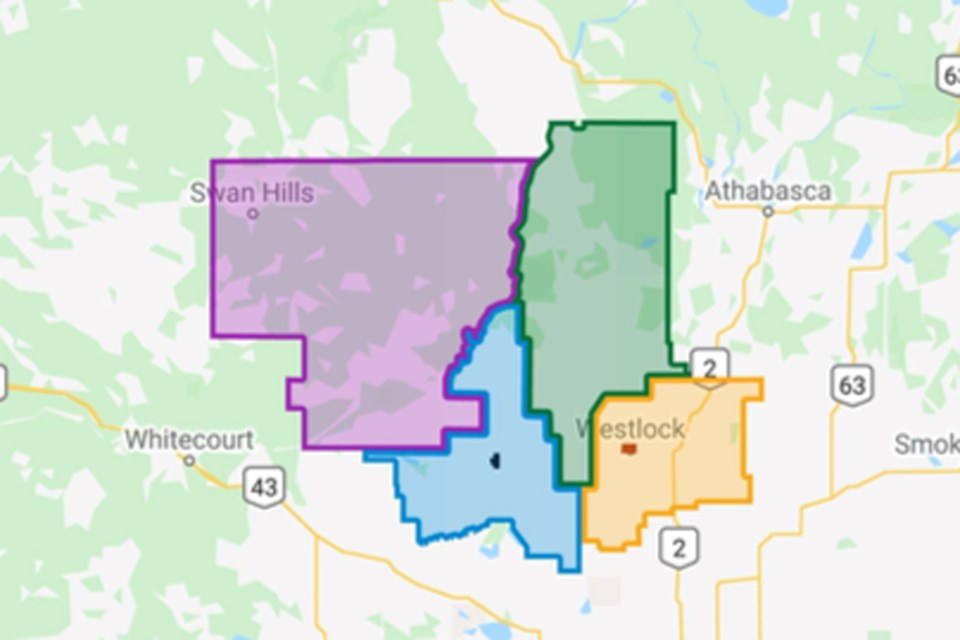 The Pembina Hills board is one motion away from reducing the total number of trustees from seven to six, but the matter will now have to wait until the Aug. 5 meeting.

During their June 24 meeting, trustees passed the first two readings on Bylaw 06-2020, which establishes the following six wards:

Pembina Hills East — Ward 2 will cover Pembina North Community School in Dapp and the two Hutterite Colony schools. It will encompass Westlock County municipal subdivisions 3, 6 and 7, as well as the portion of the MD of Lesser Slave River that falls within Pembina Hills’ boundaries.

It will also encompass County of Barrhead subdivision 6 and the portions of Woodlands County and Big Lakes County that fall within Pembina Hills’ boundaries.

There was no further debate around the proposed electoral boundaries at the June 24 meeting. Trustees quickly voted to pass first and second reading, but did not unanimously vote to proceed to third reading.

As such, a vote on third reading of the bylaw will have to wait until the board meeting on Wednesday, Aug. 5.

Because there is a municipal election slated for next year, the board has until Dec. 31, 2020 in order to change the division’s current electoral boundaries, which have been in place since the formation of Pembina Hills in 1995.

Reviewing the government’s economic recovery plan
Jul 7, 2020 7:45 AM
Comments
We welcome your feedback and encourage you to share your thoughts. We ask that you be respectful of others and their points of view, refrain from personal attacks and stay on topic. To learn about our commenting policies and how we moderate, please read our Community Guidelines.