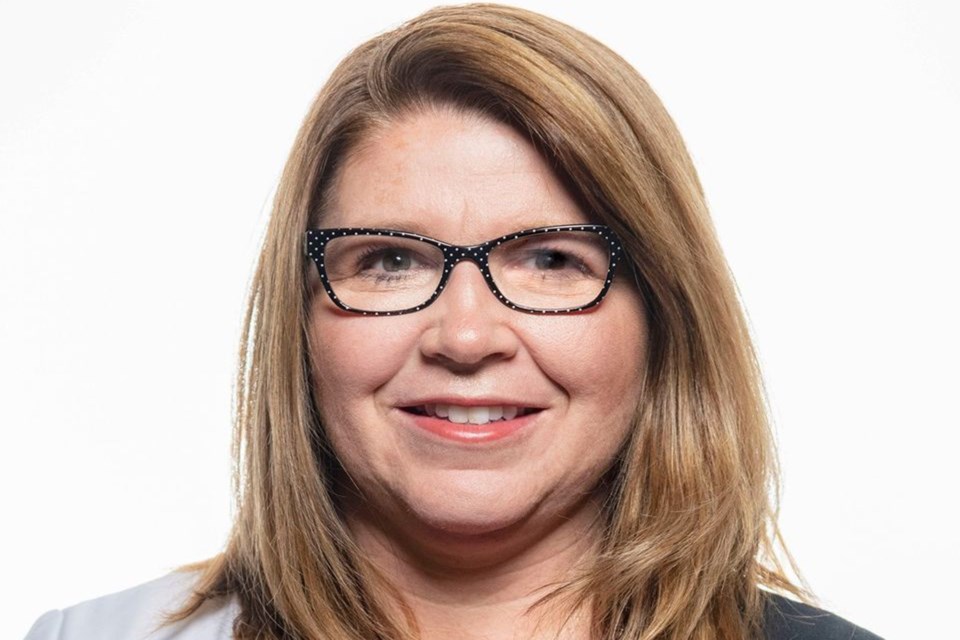 A letter to elected officials from Municipal Affairs Minister Tracy Allard has municipalities across Alberta preemptively tightening their belts, even before budget talks begin.

ATHABASCA – A brief note, from the desk of Municipal Affairs Minister Tracy Allard that was sent to elected officials around the province, has municipal decision-makers in the region squirreling away nuts and preparing for a barren winter as they head into budget season.

With Alberta’s debt now in the $100-billion range, the provincial government is alerting municipalities that the infrastructure dollars they are used to, won’t be what they once were, and it could be that way “for many years” to come.

“As you are aware, our province is facing some very challenging economic circumstances. Resource revenues are lower than they were in the early 1970s, while expenses are higher than anticipated due to the need to respond to the COVID-19 pandemic,” the minister wrote, noting that difficult choices will have to be made as the province and municipalities go through their respective budgets line by line.

Though short of specifics, the letter was clear: “In light of these economic circumstances, Alberta may not be able to sustain our current levels of infrastructure and operating spending.”

All three municipal councils in the Athabasca region viewed the letter in recent weeks with some saying very little and others weighing in with true concern, as all three accepted the correspondence for information, and moved on down their agendas.

Boyle village council had a look at its Nov. 4 meeting, and took a resigned approach to the caveat from the minister, as the news was hardly unexpected.

Athabasca town council did the same at its meeting the night before, but mayor Colleen Powell mentioned two specific projects — Highway 55 going east, and the Athabasca bridge — that are likely too far along in the process to be un-funded, but nothing is official.

“It more or less says, ‘Don't expect a lot of money from us,’ she said to councillors. “We're not worried about the bridge at this point. It looks like they might be going to tender fairly soon so, it might be other projects that they're planning on that they're not going to do or they're going to pull back a bit on. We just don't know yet.”

“I think what it means is: prepare yourselves,” said Maier.

“But not necessarily for the good?” reeve Larry Armfelt asked rhetorically.

“Ya, I would say definitely not for the good,” Maier responded.

Coun. Warren Griffin pointed out the wording in the second last paragraph, which read: “I strongly encourage you to make certain all of your capital spending is used to support critical infrastructure that will benefit future generations of Albertans and position your community to participate in our economic recovery.”

Griffin inferred municipalities will be going without funds from Strategic Transportation Infrastructure Program (STIP) and the program that will replace Municipal Sustainability Infrastructure (MSI) funding.

“If you need money to build something, basically find it within your own budget, by your own means, because the province isn’t giving any, but I guess it’s better to have that going into budget,” said Griffin.

The minister wrote that she is aware of the significant financial challenges facing municipalities and will make sure they are represented in the budgeting process.

“I still would rather have this kind of letter with a little heads-up, not that we don’t already know that,” said Coun. Christi Bilsky, adding she has been impressed with the minister thus far and looks forward to working with her.

Coun. Dennis Willcott said he was wary of the warning, and has been thinking along those lines for a while, as the county’s budget meetings draw closer.

“I know people want money, and we should help them out, but we have to be very careful in what we do here because if we give away too much money, taxes go up … I’m not against anything, but I’m very cautious. It’s making me nervous,” he said. “I don’t know that anybody else sees what I see, but I’m scared of all this, I gotta be honest with you guys. It’s not nice being a councillor today, I’ll tell you that right now, but I love my job.”