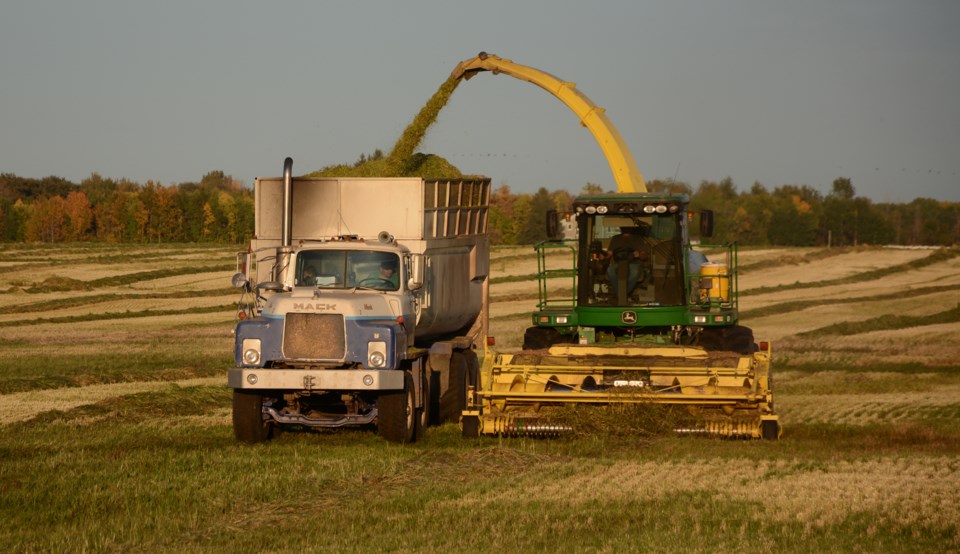 After extensive consultations with industry stakeholders throughout the summer, the UCP government introduced Bill 26 last week, replacing the former government’s Bill 6 which raised the ire of many Albertan farmers after it was introduced by the NDP in 2016. WN File

The UCP government’s replacement for the former government’s much-maligned farm safety legislation will exclude small farms and ranches with less than five employees from needing any workplace safety insurance.

Repealing Bill 6 was on top of Athabasca-Barrhead-Westlock MLA Glenn van Dijken’s list when he campaigned during the April election.

“I’m happy for all the farm families that approached me with their concerns about how the previous government handled this file and I’m happy with how the minister of agriculture was able to meet so many people throughout the province in his consultations,” said van Dijken.

Dreeshen travelled the province for five weeks this summer holding engagement sessions with affected parties and the government offered a public survey, with more than 1,200 respondents, as well.

“We promised Albertans we would consult first and legislate second — and that’s exactly what we did. We’ve taken this feedback and built common-sense farm workplace legislation that works for people, not against them,” said the minister.

When passed, the bill will also give farm employers a choice in their workplace insurance, while ensuring basic safety standards on all farms. Greenhouses, nurseries, mushroom and sod farms also fall under the same legislation now, however, greenhouse cannabis growers are not included.

The Labour Relations Code will also no longer apply, an aspect of the legislation that is drawing the ire of critics, as it takes away workers’ rights to form a union, which could become a Charter of Rights and Freedoms issue, if the law is ever challenged.

“Ultimately, the debate on this heartless and vengeful piece of legislation should be focused, not on employers or owner-operators, but on the workers themselves,” he said. “Paid agricultural workers are a group of workers in Alberta who were, until very recently, denied their basic rights. Now, only months after having won them after years of struggle, they are having those rights stripped away again by an anti-worker government.”

van Dijken points out there are no farm worker unions. Even under the previous government no unions were formed. He said he heard loud and clear from stakeholders that the regulations were unnecessary.

“The reality of amending the Labour Relations Code was essentially feedback that we heard from industry that since 2017, no unions were being established on farms and it just appeared to be one extra thing they were unhappy about.”

Potential Charter implications will be handled by the courts, he said.

“If it’s going to be challenged, then I guess we’ll see, but I’m not the one who decides that, I’m here to listen to stakeholders and move in a direction that we believe makes sense.”

Changes to the Labour Relations Code came into effect with the passing of first reading of the bill and changes to employment standards, occupational health and safety and workplace insurance come into effect Jan. 31, 2020, once it receives Royal Assent.

“I believe that this is sending a message to industry that we understand that theirs is a very unique industry and that they know best. It’s very hard, in my opinion to have a one-size-fits-all approach in this industry because there are so many types of operations. When government comes in heavy-handed and tries to make a glove fit on a foot, it has a very difficult time working and functioning properly.”

Morinville artist brings his talents to Barrhead
Jul 4, 2020 11:10 AM
Comments
We welcome your feedback and encourage you to share your thoughts. We ask that you be respectful of others and their points of view, refrain from personal attacks and stay on topic. To learn about our commenting policies and how we moderate, please read our Community Guidelines.