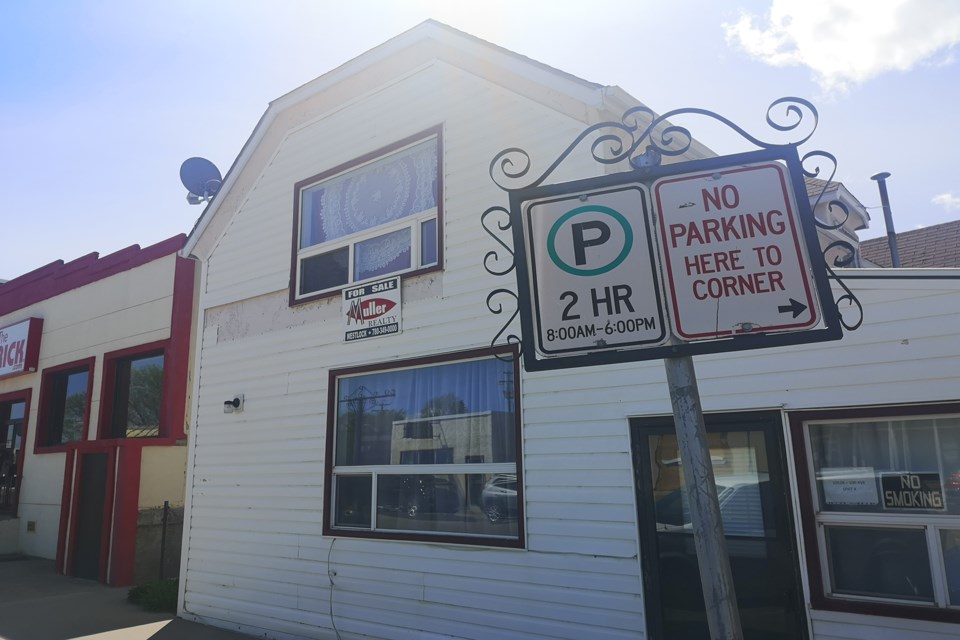 The two-hour parking limits will no longer be enforced in downtown Westlock, so these signs are coming down. Andreea Resmerita/Westlock News

The two-hour parking limit in the Town of Westlock’s downtown area will no longer be enforced.

Council decided May 25 to remove all the time limit parking signs since enforcing them would require new signage at a cost of $12,000.

WESTLOCK – The issue has been brought forward before by Randy Burgess, the town’s peace officer, when a ticket he wrote in 2016 for a parking violation was taken to court withdrawn during trial because the area wasn’t properly signed.

The alternative, said CAO Simone Wiley, would be to replace the current signs with the ones that properly indicate where the time restriction applies.

“The signs would have to be at the end of each block, with an arrow pointing in, noting that the entire block was two-hour parking. That comes at a cost, of course. If we were to do that, the cost would be approximately $12,000,” not including labour, she said.

In total, the downtown area has 435 parking spots: 228 on-street, and 207 in nearby parking lots, all in a two-three block radius, according to Wiley.

“The complaints I receive are most often employees of a downtown business parked on the street for more than two hours where the complainant feels the stall would be better purposed for a customer,” wrote Burgess in his report.

“I feel that this type of conversation is better suited for a Chamber of Commerce or business community conversation rather than regulated by the town.”

And Coun. John Shoemaker agrees: “A few people have told me about complaints they have, and that’s where they stem from. … We ought to educate the public. If you’re going to park and you’re going to be there all day, park in front of your own bloody business.”

For mayor Ralph Leriger, this is something that “adults need to learn to resolve among themselves,” instead of distracting Burgess from his priorities and “(flooding) the courts with parking tickets.”

For now, council agreed that removing the signs shouldn’t cause a problem. Still, the bylaw won’t be modified for posterity’s sake, and will continue to prohibit parking “on any municipal road or in any publicly provided parking lot in excess of the parking limits so signed and posted.”

“There may be circumstances in the future, we get a whole bunch of new businesses optimistically, and then we start to have some real issues or concerns with people being in the downtown for longer than two hours, leaving it to administration’s discretion to put up the signage in the future,” said Wiley.

“At this point, I don’t see any reason for two-hour parking.”