No relief on the horizon, say oil and gas reps

Canadian Association of Petroleum Producers manager of exploration and production Chris Montgomery said the energy sector will continue to face difficulties for the foreseeable future
Nov 29, 2019 8:14 AM By: Barry Kerton 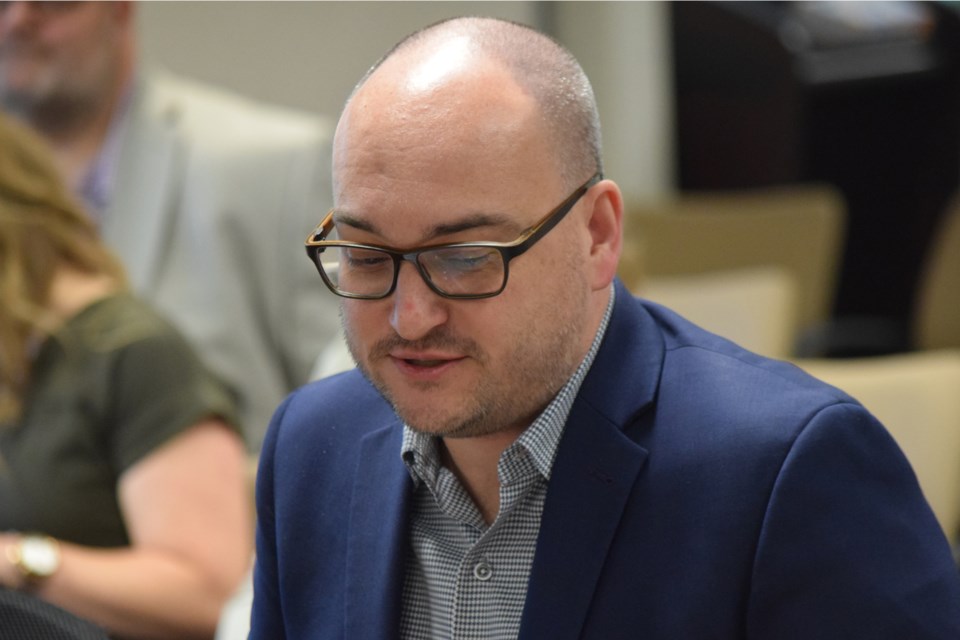 BARRHEAD-There are no easy answers.

That is what two delegations representing the Canadian Association of Petroleum Producers (CAPP), as well as the Alberta Energy Regulator (AER) and the Alberta Surface Rights Board (SRB), told Woodlands County councillors.

The county invited the organizations to their Nov. 19 Whitecourt meeting to answer pressing questions they and their residents have about the status of the energy industry, more specifically what is being done regarding orphaned or decommissioned wells.

Later in the meeting, councillors instructed administration to organize an informational open house with representatives from CAPP, AER, SRB, and other energy organizations about what they can do to mitigate the impact of orphaned wells on their property. An invitation to the open house will also be extended to the County of Barrhead residents.

CAPP is the largest oil and gas industry group in Canada and their mission is to advocate for and enable economic competitiveness and safe, environmentally and socially responsible performance.

The AER is the province's energy regulating body whose mandate is to the safe, efficient, orderly, and environmentally responsible development of oil, oil sands, natural gas, and coal resources over their entire life cycle. This includes allocating and conserving water resources, managing public lands, and protecting the environment.

"The last year has been challenging to say the least. Prices in Canada were going to zero because we had this huge oversupply in the market place," said CAPP manager of exploration and production communications Chris Montgomery.

He added prices oil producers are receiving stabilized somewhat due to the province placing a cap on production, helping reduce the backlog of oversupply.

"We are in the situation currently that we can't grow production and we won't be able to until we get pipelines in the ground," Montgomery said.

He added the best chance to get a pipeline in the ground is Enbridge's Line 3 project. The line, when completed, would double its capacity to transport oil from Western Canada to the mid-Western U.S.

"It is going through its challenges, but the best-case scenario is that it is in service at about this time in 2021," Montgomery said.

As for TransCanada's Keystone XL pipeline expansion project, which would increase the amount of oil the company could transport from Hardisty to an oil pipeline distribution center in Oklahoma, as well as the Canadian-government-owned Trans Mountain pipeline, which would move oil from Alberta to a port in Burnaby, B.C., CAPP believes the "best case" scenario is that they won't be completed until 2022.

"So we are going to be in tough for at least the next two or three years," he said.

On the natural gas side, Montgomery said producers are also facing challenges.

He said due to the oil activity in the Duvernay fields near Fox Creek, which produces liquefied natural gas as a byproduct, strain is being put on dry gas producers.

"We are seeing the consequences of that through several bankruptcies and additional wells being relegated to the Orphaned Well Association (OWA).

The OWA is an independent non‐profit organization that operates under the delegated legal authority of the Alberta Energy Regulator (AER). The funding comes primarily from the upstream oil and gas industry through annual levies administered by the AER.

Montgomery said the solution to this issue is the construction of Liquefied Natural Gas (LNG) processing facilities, which would allow much of the product to be exported overseas.

He added that although construction of an LNG facility has begun, it will be about four years until it is in full production.

One of the casualties of the reduced natural gas prices due to the glut of the liquified product is Trident Exploration Corp, which ceased operations in May.

Unfortunately, one of the consequences of poor markets is energy companies, regardless of whether or not they are insolvent, is there inability to pay municipal property taxes.

"We recognize the spot you're in," Montgomery said.

Woodlands County has made it known that two energy companies are in tax arrears of $9.5 million for 2018 and 2019 — one being the aforementioned Trident.

Unlike residential properties, municipalities are not able to confiscate energy companies' assets.

Not that Montgomery believes local governments would want to.

"We have had discussions with [Rural Municipalities Association], the province among others, of what tools you have at your disposal," he said, adding so far no one has come up with a viable solution.

That being said, CAPP is working with the AER to target non-viable companies earlier.

"What that does is gets productive wells out of the hands of those non-viable companies earlier and that at least helps municipalities maintain their tax base," Montgomery said.

The other area CAPP has been working on is improving their information-gathering ability and making the data they collect available to municipalities.

Fort Assiniboine/Timeu Coun. Dale Kluin said there needed to be some method to intervene before a company such as Trident decides just to pack it in.

"Our community knew something was going to happen long before they shut down. When it takes longer and longer for them to pay their bills, lay people off, or are not doing maintenance and weed control ... we know what's coming," he said. "Yet it takes forever for someone, industry or government to intervene ... That has to change."

Montgomery agreed, saying it is a significant problem, adding in Woodlands County there are about 1,100 inactive wells, 14 that are suspended, 682 that have been abandoned and not reclaimed.

Following the CAPP presentation, AER representatives Eric Berg and Judy Balombin along with SRB director Mike Hartfield, attempted to answer questions about what residents who have abandoned well(s) on their property or are owed lease monies from now-defunct companies can do.

Unfortunately, the trio had few concrete answers, but they agreed to make themselves available for a yet-to-be scheduled public information session.

Morinville artist brings his talents to Barrhead
Jul 4, 2020 11:10 AM
Comments
We welcome your feedback and encourage you to share your thoughts. We ask that you be respectful of others and their points of view, refrain from personal attacks and stay on topic. To learn about our commenting policies and how we moderate, please read our Community Guidelines.