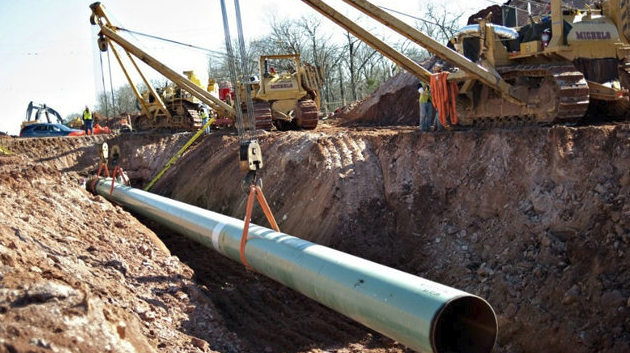 A new provincial bill introduced in Legislature Nov. 27 would give municipalities leeway in deferring or exempting businesses that use machinery and equipment from paying property taxes despite the fact that some, including the counties of Athabasca, Barrhead and Westlock, still struggle with unpaid property taxes from oil and gas businesses.

WESTLOCK - Recently introduced legislation aims to give municipalities the ability to offset property taxes for businesses that use machinery and equipment by 15 years in an effort to make them competitive business markets, despite the fact that some municipalities already have difficulty in collecting taxes from the industry.

Under the current Municipal Government Act (MGA), municipalities already have the ability to offer deferral or exemption of non-residential property taxes. Bill 29, if passed, will amend the act to apply the same extensions to machinery and equipment specifically. Municipalities can decide if they want to apply the exemptions to new, or existing businesses.

This bill is an extension to a previous MGA amendment which extended the possible timeline for exemptions or deferrals for non-residential properties to 15 consecutive years — Bill 7 passed June 24.

Although the government’s intentions focus on flexibility in attracting business, municipalities like Westlock County and the County of Barrhead are already faced with significant tax write-offs in oil and gas, a sector which uses machinery and equipment. Three major oil and gas companies — Sequoia Resources Corp., Trident Exploration (WX) Corp. and Trident Exploration (Alberta) — accumulated $2,025,142.21 in lost tax revenue and penalties for the County of Barrhead from 2017-2019.

County councillors were forced to write off that amount at an Oct. 15 meeting.

Apart from direct losses to county coffers, these companies also owe significant amounts in education and industrial requisitions, which municipalities collect on behalf of the province. Council instructed administration to apply for Designated Industrial Requisition Credit (DIRC) and Provincial Education Requisition Credit (PERC) to cover those amounts only.

At the time, County of Barrhead’s director of finance and administration Tamara Molzahn said the municipality has almost no recourse in collecting its debt.

Athabasca County council was faced with a similar issue Oct. 8, when council voted to cancel $487,713.49 in property taxes from oil and gas companies from 2015 to 2019, and apply for PERC to cover the uncollectible education requisitions.

The 10 companies that owed property taxes to Athabasca County are no longer in business, said Karl Kopan, communications coordinator for the county. The largest debt was accumulated by Sequoia Resources Corp.

In Westlock, the October 2019 variance report presented to county council Nov. 26 shows that for the 2019 year-to-date taxation period, the oil and gas industry (linear and associated machinery and equipment) has collected $1,748,200 in outstanding property taxes. The companies remain unnamed in Westlock.

“A further adjustment will be needed at year end that could see another $700,000 write off,” states the report, but this could be a cumulated amount reflecting all remaining municipal property taxes for 2019.

Westlock County CAO Leo Ludwig explained during a budget open house Nov. 26 that linear assessments are done by the province.

“It’s a double-whammy in a sense. On one hand, we’re losing the assessment because wells are being closed down, shut in, etc. and on the other hand, the province is changing the manual on how the assessments are done to decrease the value of what is still there,” he said in the meeting.

Some bankrupt companies are still being assessed despite their status, which Ludwig said sets municipalities up to fail. That is how assessment values, and in turn municipal revenue in the form of taxes, decreased over time. What furthers the problem is the fact that there is no punitive regulation for businesses that don’t pay property taxes.

“When it comes to the unpaid taxes, a number of years ago some oil companies discovered what we believe is a gap or a loophole in the (MGA) when it comes to collecting property tax,” said Ludwig at the meeting.

Essentially, municipalities can’t put properties in that classification up for sale if they don’t pay their taxes.

As County of Barrhead administration said, there is currently no option for municipalities to recover revenue lost from their own budgets.

Ludwig explained that about three years ago there was a change, but it only applies to requisition payments: the provincial program that enables the DIRC and PERC applications which County of Barrhead has put in.

However, those credits can only be accessed once the lost property tax revenue is officially written off.

While this is of some help, it does nothing to address a municipality’s own lost revenues. Another worry, said Ludwig, is whether or not the program will be renewed.

For his part, Madu said he is aware of the problem this causes for municipalities, but wasn’t able to provide a timeline for when it will be addressed, during the press conference.

“It is a concern that I have heard as recently as the just-concluded (Rural Municipalities of Alberta) conference. I think I did indicate to them that it is something that we are looking at. Obviously, we’re not at the point where we have figured exactly how to tackle that particular issue, but I am weighing all of the suggestions,” said Madu.

Vandals strike Pirate’s Hill
Jun 5, 2020 11:29 AM
Comments
We welcome your feedback and encourage you to share your thoughts. We ask that you be respectful of others and their points of view, refrain from personal attacks and stay on topic. To learn about our commenting policies and how we moderate, please read our Community Guidelines.