Westlock man issues '10 for Them' challenge

Hendrik Deinum plans to donate 10 per cent of his vegetables at end of season to Food Bank
Aug 1, 2020 6:30 AM By: Kevin Berger 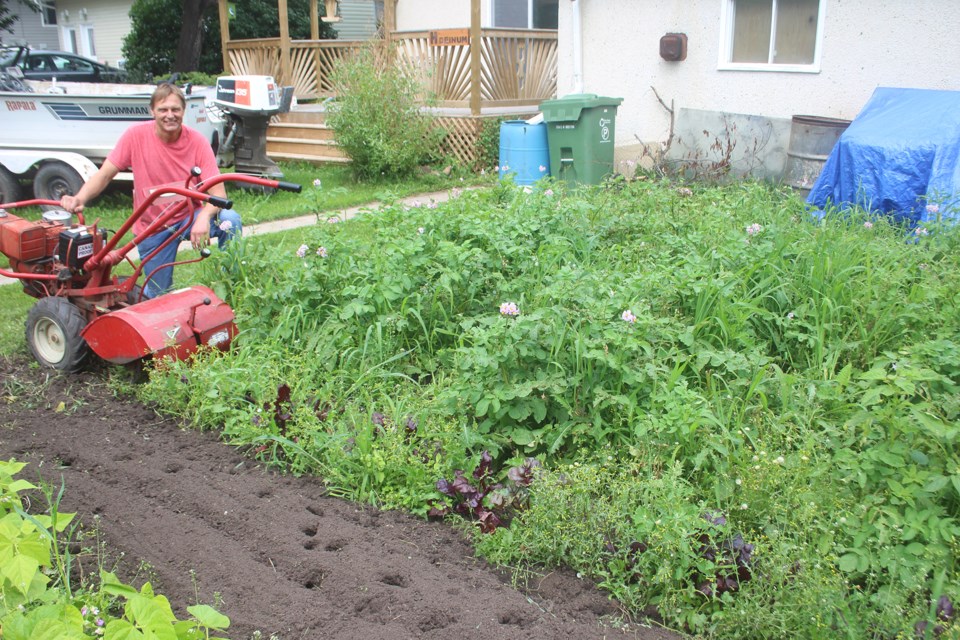 Westlock resident Hendrik Deinum kneels beside his small garden in which he grows potatoes, spinach, beans, kale and some carrots. While this has been a very difficult growing season, Deinum is planning to donate 10 per cent of his vegetables to the Westlock Food Bank once it’s ready to harvest. He is also challenging other gardeners to do the same when the growing season is over. Kevin Berger/T&C

WESTLOCK — In the small garden behind his home in Westlock, Hendrik Deinum grows a variety of vegetables — potatoes, spinach, beans, kale and some carrots.

By his own admission, he isn’t the best gardener, as he’s not out there constantly removing weeds. However, he does own a rototiller, so he’s able to (jokingly) brag about the quality of his garden at the start and end of the growing season.

The constant rain this year has made this a hard growing season, and at least some of his plants were also wiped out by a hailstorm. Still, he has at least a couple rows of vegetables that will be ready to harvest this fall.

While he intends to keep most of the fruits of his labour, Deinum is publicly committing to donate 10 per cent of his vegetables to the Westlock Food Bank, and is challenging other gardeners in Westlock and nearby communities to do the same (though with their community’s own food bank).

Dubbing it a “10 for Them” challenge, Deinum said he issuing this challenge because he recognizes the COVID-19 pandemic has hit people hard financially, and usage of the food bank is likely going to increase if it hasn’t already.

He said he also knows that food banks tend to get a lot of pre-packaged food donated to them, which isn’t the best quality. Plus, as Deinum points out, no gardener is really going to miss 10 per cent of their harvest.

It should be noted this is an informal challenge — you don’t have to sign up anywhere and you don’t get anything for participating aside from the knowledge that you helped someone in need.

If anyone has any questions about donating to the Westlock Food Bank, they can call Sharon Kennedy at (780) 349-4404.